As we head into the offseason, @alexmatteo94 takes a look at the value of Nick Chubb and what you should be doing with him in your dynasty leagues in his first installment of Better a Year Early 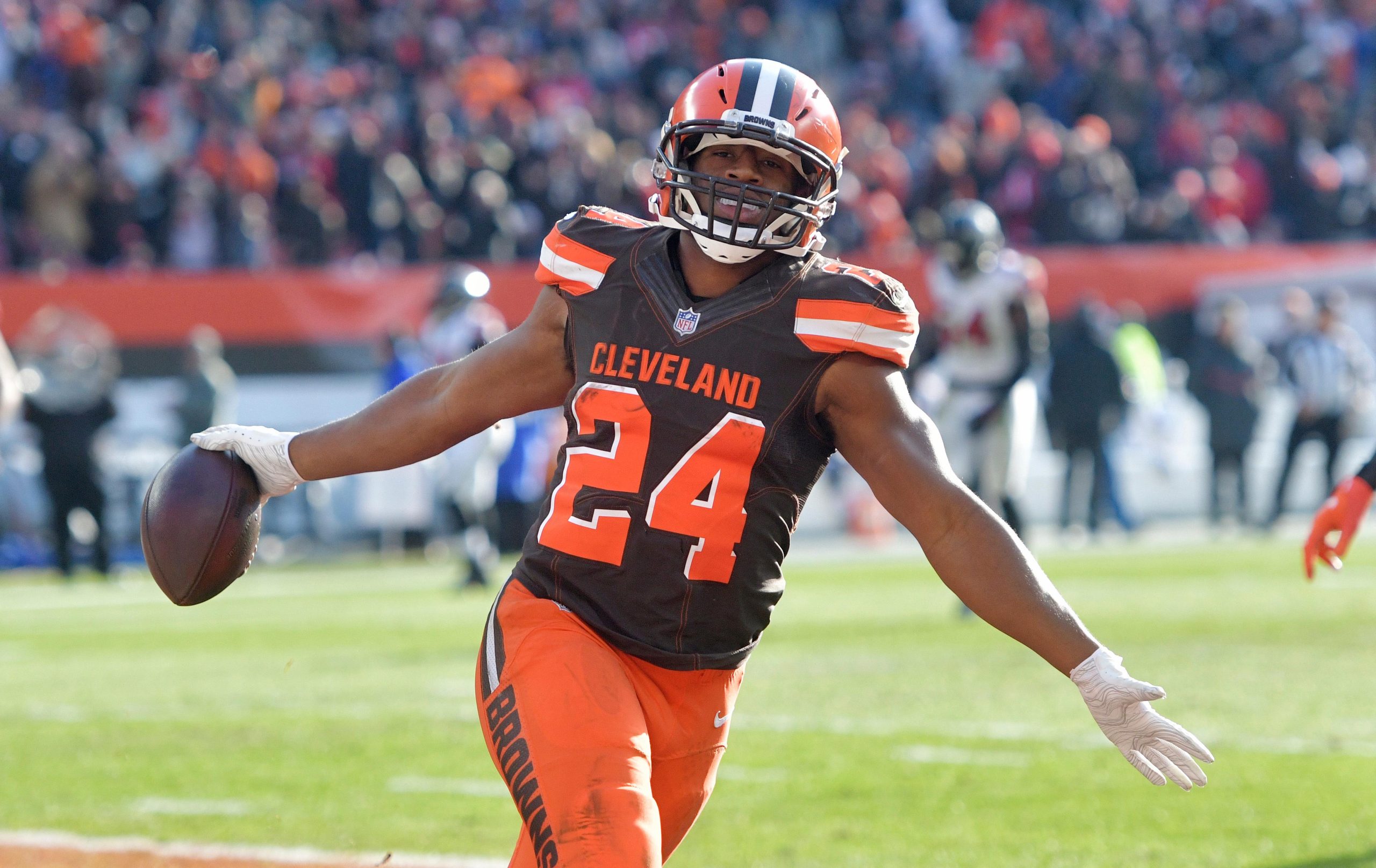 Every year fantasy gamers are looking to gain an advantage over their league mates to create a dynasty. One way that hasn’t been taken advantage of is ‘Being a Year Early.’ This can be buying or selling a player. You want to make sure you can get the most value if you are selling, which generally comes the second to last year in his prime. On the other hand, you can be a year early in getting a player before their breakout. In this series, I will explore players who you want to be a year early on one way or the other. To start, we will dive into Nick Chubb, running back for the Cleveland Browns.

For the Cleveland Browns, 2021 did not live up to expectations; from injuries to underperformance, the Browns dealt with it all. One of the bright sides to the season was the play of Nick Chubb. In 14 games, Chubb logged 228 carries leading to 1259 yards and eight touchdowns. While he does not add too much value in the passing game, Chubb did have 20 receptions for 174 yards and an additional score. Chubb scored 217.3PPR fantasy points (RB7 standard scoring, RB13 PPR scoring), his second-most productive season. Even in a productive season, Chubb had six games UNDER 10 fantasy points and only five games ABOVE 20 fantasy points.

As we’ve seen his entire career, Nick Chubb has a capped ceiling in 0.5ppr and 1.0ppr leagues. Chubb has been anemic in the passing game. He saw 30 or more targets just once in his entire career, back in 2019. Yes, the ceiling is capped, but that cap is a back-end RB1. A player like Chubb is extremely valuable as an RB2 for your team. Early on, if you are drafting a running back, you need to go for the back who has THE RB1 OVERALL upside, and unfortunately, Nick Chubb does not have that.

In addition to a weak receiving profile, fellow running back Kareem Hunt, in his three seasons with Cleveland, Hunt has seen more targets and receptions than Chubb in two of the three seasons. The only year he did not was in 2019, when Chubb out-targeted Hunt 49 to 44.

The consensus is that the peak of a running back’s prime is their age-25 season, with the downfall beginning the upcoming year. We’ve seen this over the last few years with running backs who were staples for our dynasty teams. Most recently, we have seen it with stars like Le’veon Bell and Todd Gurley:

*Bell sat out his age 26 season

While they did not fall off the cliff right away, the regression was there, with at least 90 percent of their value gone. By the time Gurley hit age 27, he was out of the league, and Bell became a journeyman as soon as he hit 28.

Gurley and Bell are just two specific examples, over the past few seasons the Top-24 fantasy running backs were all under the age of 26.

Dynasty Outlook: 2022 and Beyond

A healthy Nick Chubb has been one of the more consistent running backs since entering the NFL. All four seasons, Chubb has been a high-end RB2 at worst. However, those days may be over. The situation in Cleveland is getting worse for an aging Nick Chubb. The wheels completely fell off for the entire offense, and after releasing Odell Beckham Jr., the Browns are still in search of a number one receiver. Teams can focus solely on Chubb, making things even more difficult for success. Chubb will see more stacked boxes this year than any time in his career.

Additionally, Kareem Hunt will still be on the roster and continue to be the pass-catching back. Chubb should still see his 200-250 total touches, but this very well could be the last year for premium production. Whether you are competing, retooling, or rebuilding, Nick Chubb is a player you should consider moving. You don’t want to risk him either being unproductive or, even worse, getting hurt and losing all value.

In theory, you would like to get multiple 1st round picks or young players to replenish your roster. Here are a few trades found on Dynasty Nerds Dynasty GM involving Nick Chubb.

This is an ideal trade for a team that is retooling. While giving up the 1st round pick is not ideal, getting a 21-year-old back in Javonte Williams is pivotal for preventing a retool from becoming a full rebuild.

When rebuilding, the first step is to get either a) young wide receivers who have star potential and b) acquiring additional 1st and 2nd round draft picks. This is an ideal return for Nick Chubb.

Similar to the previously mentioned trade, acquiring a young running back and multiple draft picks is huge. Getting a player who can produce now and draft picks two years from now is another way to prevent a retool from becoming a rebuild.

On the surface, this looks like a lateral move. It’s a one-for-one where both players are running backs. The big difference is longevity. We can project Dobbins having a featured role (if healthy) for another three to four years.

One of the most important offseason tasks is evaluating your team and where you want to go in 2022. These valuations will change from league to league. You must know your league-mates and the context of not only your team but theirs as well. Regardless of your situation, Nick Chubb is a player I would be looking to move before the value is gone.