Linebacker is a position group that often takes a year to get situated before players begin to make LB1 contributions in IDP. Who would have thought last year that Jordyn Brooks would triple his tackle numbers and make it into the top 10 in NFL history in just his second season?

Going into 2022, there is a group of LBs entering their second seasons who will be getting more playing time and are poised for breakout years. Finding the next Brooks or Logan Wilson will give you an edge and help you win your league. 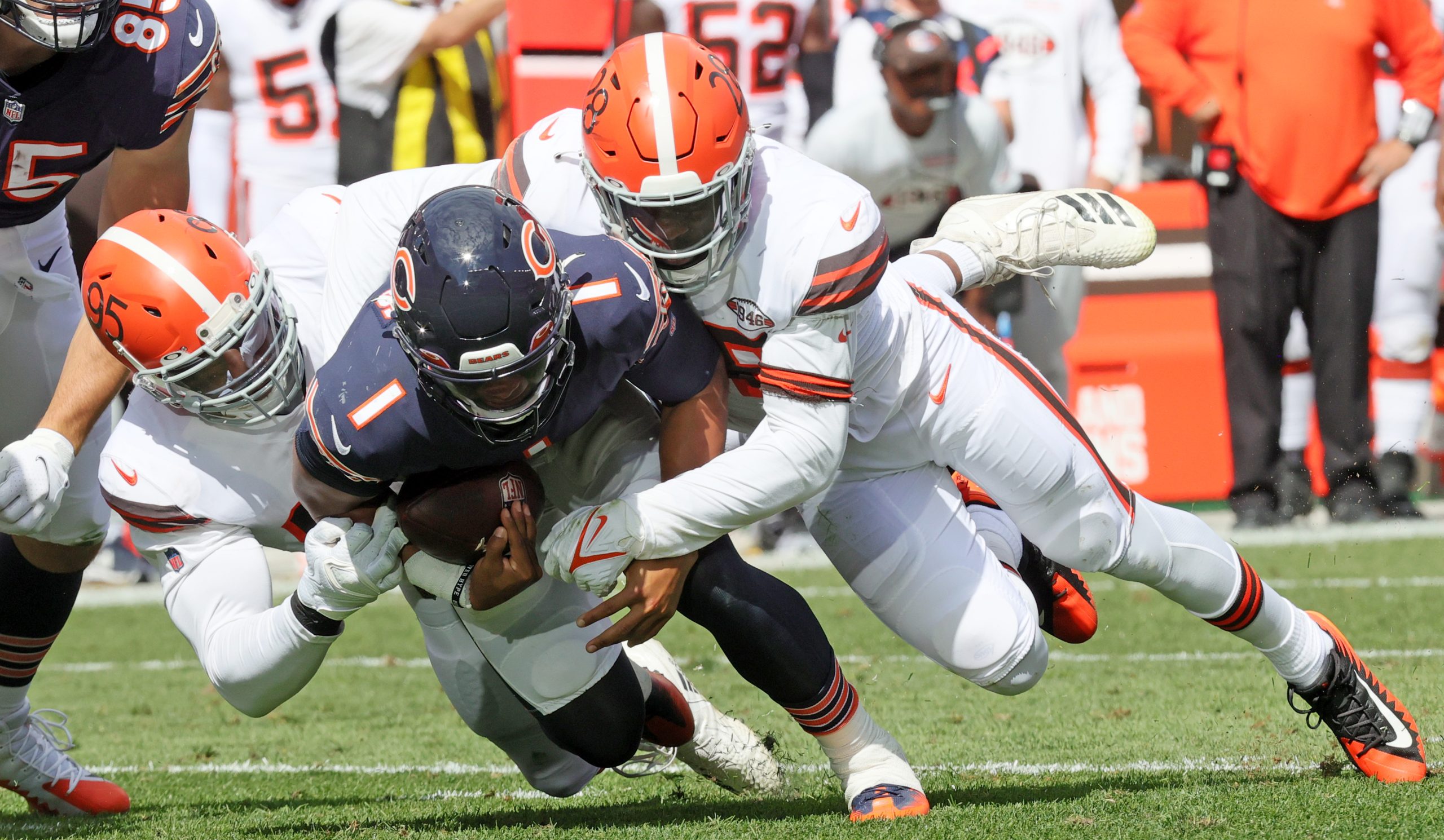 The position of linebacker is one in which players often take a year to get situated before they begin to make LB1 contributions in IDP. In 2021, we saw the Seahawks’ second-year LB Jordyn Brooks triple his tackle numbers to finish second in the NFL and the Bengals’ Logan Wilson making big plays.

Going into 2022, a group of LBs entering their second seasons that will be getting more playing time and poised for breakout years. I’m not guaranteeing any of these guys will place in the top 10 in NFL history in total tackles, as Brooks did, but I bet most of them will be regular contributors to IDP starting lineups.

Owusu-Koramoah was a first-round prospect who only fell to the Browns at #52 because of rumors about heart issues, which doctors reportedly cleared. Moving around the field with agility and launching like a canon, Owusu-Koramoah made 76 combined tackles throughout the season and 1.5 sacks.

He got more opportunities as the season progressed, playing over 40 snaps in five of the Browns’ last seven games and over 60 snaps in four of those. With more snaps, his tackles increased. He recorded 13 combined tackles against the Ravens in week 12 and averaged 7.4 a game in his last five starts of the season. Spread over 17 games, that would be 125 combined tackles, good for 17th in the NFL.

He does need to cut down on his missed tackles (17.4%, per Pro Football Reference), and if he does so, he will score that many more fantasy points.

Bolton finished as a top 40 LB in his rookie campaign. The second-round pick out of Missouri played 632 snaps and MLB and WLB and accumulated 112 tackles, 70 of them solo. His missed tackle rate of 3.4% is among the lowest in the NFL.

Just for fun, you might get lucky with a defensive TD, too! In week 17, the Chiefs trailed the Broncos by one. The Broncos were threatening to score again. Bolton picked up a fumble and took it 86 yards for the decisive TD. He also made a pick-6 his sophomore year of college.

Bolton is an established starter, and there’s every reason to expect he’ll keep it up.

The second-rounder from Ohio State is a projected starter for the Saints with Kwon Alexander leaving. Warner excelled as one of the NFL’s best run defenders and was extremely efficient when on the field. Pro Football Reference says he only missed one tackle all season for a missed tackle rate of 1.6%. (PFF gave him a few more missed tackles, but his 4.8% missed tackle rate per PFF is still relatively low.)

What he did do was make tackles. Going by the official numbers, he combined for 62 and recorded 10+ combined tackle games in Weeks 4, 5, and 16. He averaged 6.25 tackles a game throughout his eight starts, good for 106 in a season.

A third-round selection from South Carolina, Jones stepped into the Rams’ starting lineup towards the end of the season and rarely left the field when healthy.

He recorded 50+ snaps in five regular-season games and played 57 snaps in the Super Bowl. He missed four games late with a high ankle sprain and played limited snaps in the NFC Championship game. From week 8 to week 16, he averaged a solid 6.6 combined tackles per game (112 in a season), and he missed just four tackles (6.2%) over the whole season.

In addition to a solid tackle base, Jones is a playmaker, too. He picked off two passes and knocked down four more. He accumulated a sack, and his pass-rush ability graded well. This follows his success in three years in the SEC, where he made two interceptions, two sacks, forced three fumbles, and recovered a pair.

In leagues that heavily reward turnovers, Jones has added upside over some of the other second-year LBs whose performance is more based purely on tackles.

The optimistic case for Collins is that this physical beast (6’ 4”, 260, the heaviest LB in the NFL) is imbued with power and rare athleticism and that he’ll show it as a starter now that both Chandler Jones and Jordan Hicks left Arizona. He was supposed to be a starter last season, but Collins rarely hit 50% of defensive snaps and then was faded in the second half of the campaign. With the draft capital invested in him (#16 overall from Tulsa), the Cardinals better hope he does something this time around.

Collins didn’t play great, but neither was he extremely poor in 2021. There were games he was on the field for just three snaps, and he made one or two combined tackles. On the downside, he also missed a bit too many tackles.

Pro Football Reference gave him a missed tackle rate of 7.4%. PFF has him at 15.6%. Whatever measure you trust, missed tackles have been an area of concern for Collins throughout his college career. Amongst the top 2021 draft prospects, his missed tackle rate in college was the highest. It was significantly higher in his first season in the NFL than the other LBs on this list (on PFR and PFF measures). Collins will have the opportunity. With his size and athleticism, he could put up numbers.

Deablo could stack up tackles if he wins the starting job in Vegas. Transitioning from S to LB in the NFL, he got more playing time late in the season and made 10+ combined tackles in weeks 12 and 13. However, with the Raiders having signed Kyler Fackrell, his position in the starting lineup is not assured.