Having fun, creating a great league experience, and building friendships are all key parts of Fantasy Football. @CoreyEasterday takes a look at the second of the 4 C’s: Creativity 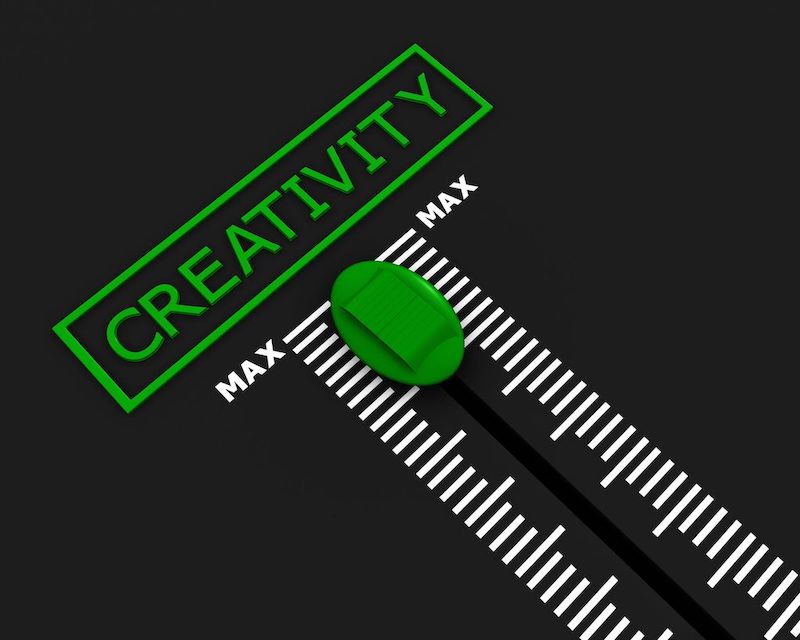 Just like the pros, in fantasy football, “you play to win the game” (shout out Coach Herm). But I would argue what is equally if not more important is creating a quality league experience and building friendships. In a Dynasty format, building your league’s camaraderie and having a great time is especially key because your league could be together for a long time!

Since the community aspect of Fantasy Football (and especially Dynasty) is one of the biggest reasons I love to play, I decided to make that the focus of this series of articles. So whether you’re in a league with complete strangers or your best friends, I’m going to cover the Four C’s for getting the most out of your league experience: Communication, Creativity, Community, and Competitiveness.

I don’t mean this to be a comprehensive list of ideas, and for you fantasy veterans out there, I’m sure you have a ton of insight to add. In fact, I would love to hear what your league does to build camaraderie! (hit me up on Twitter @CoreyEasterday).

Let’s dive into the second and most fun C: Creativity!

(Be sure to check out my first article on the art of communication!)

It’s All About The Incentives

Since this is my first series of articles, I thought it would be fun to do some crowdsourcing (thanks for the feedback!)

If you’re reading this, the odds are high that you have a passion for fantasy football and are always looking for a competitive edge. Unfortunately, not everyone who plays fantasy understands that managing a team should be life’s first priority (if only that were true!), so it’s a good idea to create league incentives. Incentives can range from a reward for the winner to a punishment for the last-place team, and they are a fun way to encourage every manager to give it their all (or at the very least, set their lineup!).

The most enticing reward and the most hilarious punishment depend on your league and league-mates. In my home Dynasty league mentioned in the first article (shout out Brotherhood Dynasty League), there’s a monetary buy-in to play, so in addition to a weekly cash prize for the overall top-scoring team, part of the reward for the league champion is cold hard cash. Not only do we reward the champion monetarily, but we also reward the second place team (sadly the only big cash prize yours truly has claimed in eight seasons), and just this offseason we voted to raise the league fee and institute an “Empire Rule”.

The Empire Rule for our league basically sets aside a separate prize pot, and if a team manages to win back-to-back championships (which I believe hasn’t happened yet), that team claims the grand prize. Of course, not every league has a buy-in or a monetary prize for winning. A few folks chimed in with how their league rewards the champ:

“Instead of the winner getting cash, the league buys the winner their choice of a jersey from their championship team.” – Andrew

“…for our inaugural season, I had a league-mate design a personalized championship t-shirt for the winner. 1 of 1.” – Jason

As someone who owns very few jerseys and never enough fun t-shirts, I really like those ideas!

Let’s talk about trophies. One of my favorite TV shows is “The Office,” One of the most legendary running jokes from “The Office” is The Dundies. Awarded to just about everyone at the fictional paper company Dunder Mifflin, Regional Manager Michael Scott created the Dundies to show his employees some hard-earned appreciation (however misguided his attempt to do so). Ourselves and our league-mates deserve a similar appreciation for all the work we put into building a winning team, so it’s important to make sure your league has some type of trophy. After all, the winner needs something to show off their greatness, display at home, and bring with them to every league gathering.

While the goal of playing FF is always to win a championship, the reality is someone’s team has to finish last. There can be a benefit to coming in last place for a Dynasty squad (start that rebuild!). Still, one of the best motivators to keep everyone in your league engaged and committed to putting their best roster on the field all season long is by instituting the dreaded league punishment.

You can also use the Loser’s Bracket to reward managers:

“We have a Mr. Irrelevant award for the team who wins the loser bowl in our redraft league. Each year they get a photo frame with whoever was drafted last in our draft. It’s been fun” – Britt

“In my redraft league, we let the winner of the “losers bracket” pick their draft spot for the following season. Gives them something to play for after their season is over and also keeps everyone engaged year-round.” – CB

Whatever your league decides, the best punishments are always hilarious and tailored to the context of your league. Ideally, they can be enjoyed by everyone in the league, posted on social media for others to enjoy, and contain just the right amount of embarrassment and shame for whichever manager is unlucky enough to bear it.

“Where Everything’s Made Up And The Points Don’t Matter”

In addition to our incredibly talented team here at Dynasty Nerds, one of the FF podcasts I enjoy listening to is The Ringer Fantasy Football Show. The hosts will sometimes reference that famous quote from the long-running improv comedy show “Whose Line Is It Anyway?” to illustrate FF’s improv-comedy nature. And it’s true, in many ways, we are making this game up as we go. We can update almost every aspect of our league on the fly, just like improv. I believe when it comes to your league’s scoring system, rules, and roster construction – everything should be up for debate, and almost nothing should be sacred.

That’s not to say there aren’t foundational or best practices for each aspect of your league, but have fun with it! One of the most fun things about FF is trying out different types of leagues, scoring, and rosters. Just this year, I am trying out SF, TE Premium, and Best Ball leagues for the first time! Within the BDL, we voted this offseason to get rid of K and DEF in favor of extra Flex and Bench spots, respectively (I gotta be honest, I was skeptical at first, but it’s great!). We also added a Taxi Squad within the last few years and have been adjusting how that looks over time. The point is, whatever kind of scoring system or roster construction you’re looking for – there is a league out there for you, or you can work with your league-mates to craft your league to your liking. The possibilities are endless!

League rules and rule changes are a big aspect of being in a Dynasty league. I don’t think a year has gone by since the inception of the BDL, where we haven’t had to discuss rule changes. We started a rules/competition committee, crafted a league constitution, you name it. One of the best parts of our rookie draft is taking the time to discuss and vote on proposed rule changes in person.

When you’re in a Dynasty league, always be looking to innovate and try new things. When it comes to rules, ideas for rosters, and scoring changes – don’t be afraid to share your ideas or create a space where league discussion can happen. I think over almost nine seasons, each of us in the BDL has had our ideas turn into a fun aspect of the league in one form or another. It’s more fun when we all contribute and innovate together!

Other Ways To Get Creative

If you spend any amount of time on Twitter, you’ll see countless screenshots of rosters. That tells me that we all enjoy having our fantasy teams evaluated by others (as long as it’s always positive wink). Even though my team in the BDL spent many years struggling for respect as we sat in the mediocre middle, there was no rush like the pre-season predictions, overall team assessments, and weekly game picks from league-mates.

When you think about it, getting feedback from league-mates on your team, hearing what everyone thinks will happen week-to-week, etc., is a win-win in Dynasty. If my team is picked against every week or predicted to miss the playoffs before the season starts and I prove everyone wrong, amazing feeling. If my roster is shown respect and feared by my league-mates, and I prove them right, love it! Everyone thinks my team is awful, and my team IS awful? That just means I get to start a really fun rebuild process. I can’t lose.

It’s also just fun to have more fodder for smack talk. So I recommend having one or more folks in your league designated to write pre-season predictions, give their weekly game picks with a blurb of each team in the matchup, etc. One of the other fun things we have in the BDL is Power Rankings and Luck Rankings. One of our more ingenious league-mates devised a way to determine how much luck has factored into our successes and failures, and they paired that with normal Power Rankings week to week. Always fun to check out the Rankings as the season goes on.

When all other creative ideas fail, change up your team name! I don’t think I’ve had the same team name in the BDL for more than a few years. From “Droppin Tebows” in the mid-2010s (ironically even more of a pun this season) to “Cam of Steel” to last season’s “That’s So Ravens” (Let’s go Lamar!), you can never go wrong coming up with a clever team name each year.

The cool thing about how much FF has risen in popularity is the endless ways to construct a league and get creative. So many leagues are constantly innovating in new, super fun ways. I believe in the magic of FF, so it’s my sincere hope that all of us who love this game can continue to build camaraderie with one another and our league-mates, whatever that looks like for you. After all, if we aren’t having fun and building camaraderie, what’s the point?! (oh right – the championship! Let’s try to accomplish both.)

Thanks for reading! Stay tuned for the next article in this series, where we cover community and competitiveness in your fantasy league. Be sure to hit me up on Twitter (@CoreyEasterday) or comment below with some ways that your league builds camaraderie!

The Long and Winding Rebuild
Is patience paying off with Dawson Knox?
Training Camp Sale!