Unsure how to address Rashod Bateman’s status as Baltimore’s top WR? See what trends and draft picks help/hinder his chances at becoming something. 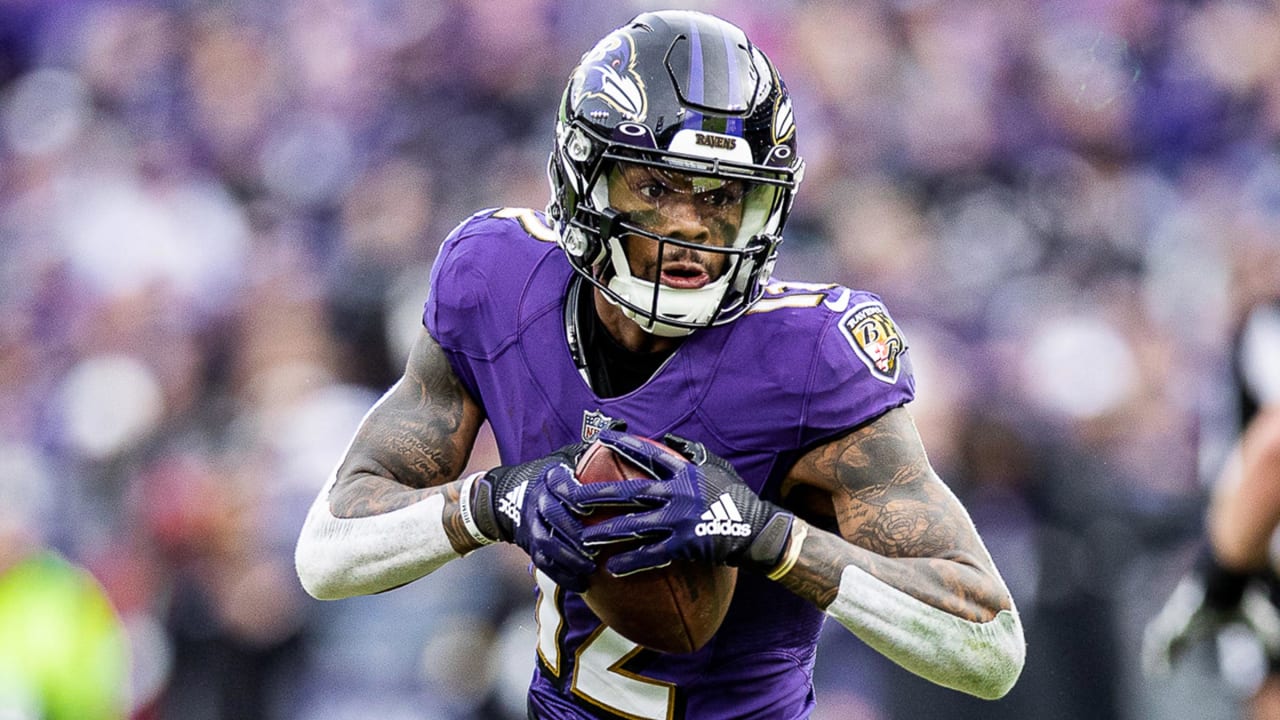 By using the 27th overall selection in the 2021 NFL Draft on a WR, the Baltimore Ravens showed they had big plans for Rashod Bateman. As Bateman is now at the top of the depth chart after Hollywood Brown’s trade, there may be a new fantasy-relevant option on our hands.

Expecting Bateman to suddenly become that clear-cut option in both fantasy football and for the Ravens is foolish. During the 2021 season, Baltimore threw the ball on 56.4% of their offensive plays (21st-most), compared to 43.6% of plays (12th-most) when they ran the ball – a bit of a surprising takeaway, huh?

Those stats are misleading, though, as it does not factor in whenever Lamar Jackson ultimately took off with the ball on drop backs, which likely would lower that deficit even more between the passing and running plays. So what does that mean for Bateman, and does he represent a smash buy moving forward??

Third on the team in targets (68), receptions, and yardage demonstrate the role that he had in the passing attack, still behind Mark Andrews and Hollywood. With Brown out of the picture, pencil in Bateman into Hollywood’s role as the second-best target on the team.

The passing attack for the Ravens contains fantasy-relevant options, especially in the dynasty world. Andrews is a top-3 TE heading into the season yet again, and Bateman is the only other sure bet for Jackson to focus on this season – so does that lead to an automatic uptick in fantasy relevance?

The short answer is yes, but knowing exactly the kind of impact/role he will have in his sophomore season is TBD.

With Brown gone, the Ravens selected two tight ends in the 4th round, drafting Charlie Kolar and Isaiah Likely. In a year with no dominant TE option available, the Ravens went back to the well twice, prioritizing this position over any WR upgrades, helping boost Bateman’s stock, right?

What to do with Bateman

Even with Brown gone, the addition of two TEs likely means Andrews splits out more, taking work away from Bateman. Both are fighting for targets from Jackson, and there will be someone who loses.

Both Kolar and Likely are receiving-first TE options, which is another way Bateman could fall short. With plenty of moves to feed (even with Hollywood gone), Bateman still may be behind the eight-ball early on.

It’s difficult to see either rookie cutting into Bateman’s role, but since they were added, it keeps pressure on Bateman to ascend into that role. The front office likely didn’t move on from Brown without having expectations for Bateman, and hopefully, those ideas will be put out for the masses to see during training camp reps.

If you currently roster Bateman, hold him for the time being. If you need an upgrade at WR and want to take a swing at an upside option, then target Bateman – even if you have to overpay slightly.