Have you ever wondered what went into creating a championship team? Over the next month, @JSnake_DFF will go through how he turned a team into a championship contender in two years. Here’s part 3: The Rookie Draft 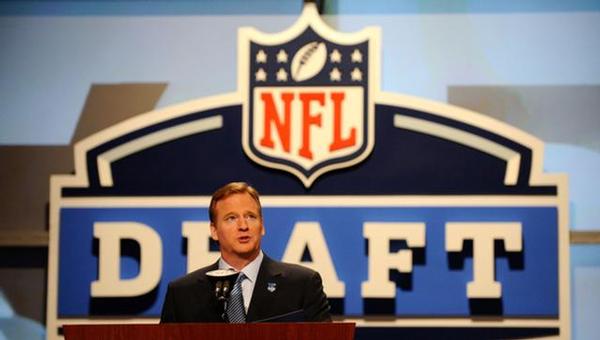 In part 3 of my Superflex dynasty case study, I will discuss the trades and draft picks I made during the 2021 offseason. As a reminder, I drafted this team with a productive struggle mindset. If you want to read part 1 about the start-up draft, click here. For part 2 about the moves made in the first season, click here.

My first trade looks REALLY bad with hindsight, but at the time, I was making a move for the Dak and Amari Cooper stack. A couple of things I should have thought about before making this move is:

I made this trade to push for a championship too soon instead of holding onto my high upside assets like Deebo and Mooney. This is a good reminder never to rush to compete, and instead, be patient and always act like you are retooling, especially in dynasty.

Some people may hate this trade, but it ended up being Trey Lance & Amon Ra St. Brown FOR AJ Brown. The main reason I was comfortable making this move is I love the athleticism and scoring potential of AJ Brown, and I already had the 1.01 and planned to draft Trevor Lawrence. My QBs after drafting the 1.01 would be Mahomes, Dak Prescott, and TLaw. I would put this trade as an even one with both sides winning even now, being a year out. Also, AJ Brown’s 36.5 fantasy point Week 16 performance did lead me to advance and win the title in this league!

After the two trades, I still have 6 of the first 14 picks. When I draft, I usually follow the best player available mantra and have found that when I don’t, I get burned. So let’s get to the picks.

TLaw was the consensus 1.01, and I agreed with that evaluation. He struggled in 2021, but I still have hope and plan on holding onto him. He is a solid dynasty piece, especially in SF leagues.

Chase was a steal at 1.07, and I was ecstatic to draft him there. He had his value increase the most out of any rookie player in the draft, and he helped lead me to a championship win in week 17 with 64.6 fantasy points. I will be holding onto Chase forever on this dynasty team! Drafting a player like Chase in rookie drafts is what will truly catapult a productive struggle draft! Also, a fun thing to look at is the change in dynasty value, and according to dynastytradecalculator.com, he went from their WR12 to their WR2.

Javonte Williams was another player that I was happy to draft. I did not know how well he would perform in 2021, but he proved to have weeks of an explosion in points, while others were lackluster. The best part about drafting Williams for my team is his dynasty value skyrocketed. According to Dynasty Trade Calculator, he went from their 21st ranked RB to their 4th at the end of the 2021 season. Again, drafting high-rise assets is why rookie draft picks are the easiest way to quickly accrue a lot of team value.

Waddle was an example of drafting BPA. I did not expect much from him going into the 2021 season, but boy did he end up being a key part of my championship run. Back during the draft, dynastytradecalculator.com had him as their WR27, and now he is WR10. I was lucky to be 4/4 with my draft picks so far.

Now to go for 5/5. Bateman was another BPA pick and saw his value rise over the 2021 season, and he even had some use in the starting lineup. He went from the WR34 when drafted and is now listed as the WR20. So, after just five picks, I ended up setting up the backbone of my dynasty team for years to come with a core set of players, including Patrick Mahomes, Dak Prescott, AJ Brown, Diontae Johnson, and Amari Cooper.

So this is where things started to go downhill. I decided to draft for team needs instead of sticking with BPA. Sermon had a ton of hype after the NFL draft. I thought I had a solid RB2 for years to come, especially after the 49ers spent a third-round pick on him. Well, now we know I should have picked either Elijah Moore or Rondale Moore, but live and learn.

Toney was an interesting pick for me at 2.08, especially with his first-round draft capital. I again did not expect much from him going into 2021, and tbh he didn’t do much. I was able to use Toney in a trade that set up my team to make a playoff run!

Trask was a dart throw QB that I was hoping would turn into something. He was a second-round pick, which is a promising draft capital for a QB. In general, third-round picks are dart throws, so this was a swing and a miss pick.

As you can see, my team’s talent has exploded after the rookie draft. I knew my team was better, but I still was skeptical about how good we would be going into the 2021 season. “In hindsight, adding Javonte Williams, Ja’Marr Chase, Jaylen Waddle, and Rashod Bateman would do the trick!

In part 4, I will talk about the trades and waiver adds I made in the 2021 season, which set my team to win the championship!