The Colts have arguably improved under Jeff Saturday, but has Matt Ryan? And, does this week’s matchup favor Geno Smith? @Spydes78 provides the answers to these questions and more in the Week 12 installment of Changing the Call, a weekly start/sit guide to QBs. Check it out!⬇️ 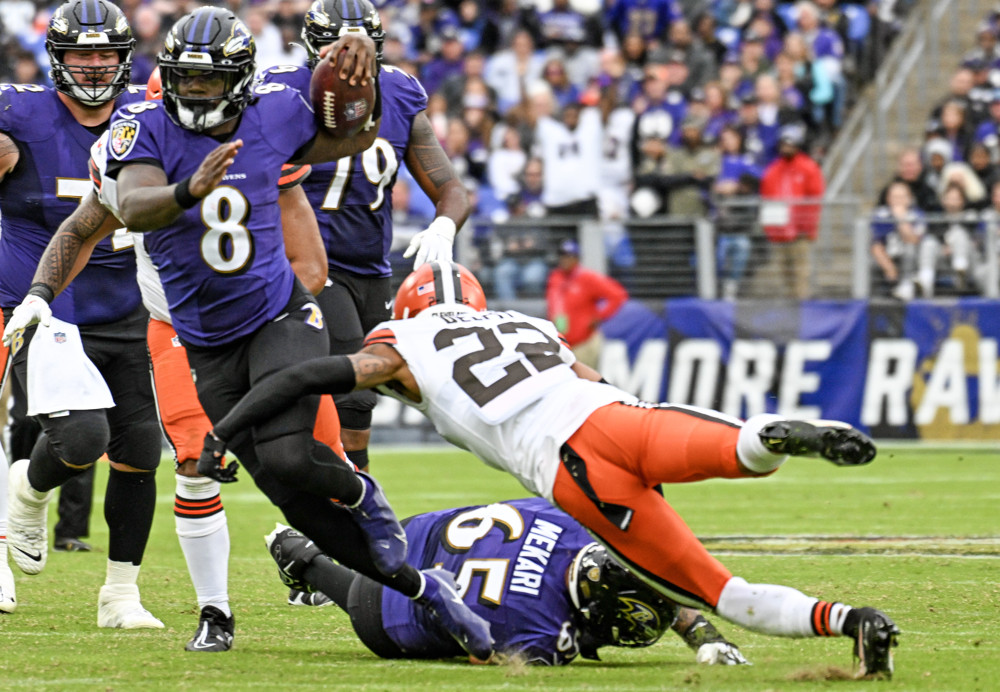 Huddle up, Nerds! You’ve looked to your favorite dynasty site to guide you through the spring and summer months, but a strong offseason alone will not win you a championship. No matter how talented your roster is, you’ll need to make the right lineup decisions to wrestle glory from your league mates.

But have no fear! Your Dynasty Nerds writers are here to shepherd you through the minefield of starts and sits. Our staff will make recommendations each week to aid in your lineup decision-making. Look for the position-specific columns below to guide you to dynasty grandeur.

The ‘starts’ were a/ place for Changing the Call to shine in Week 11. First, Joe Burrow delivered in a big way against the Steelers. As predicted, the Bengals’ starter went to work against a hapless Pittsburgh defense, piling up 355 yards and four touchdowns. His 28.7 fantasy points ranked tops for all quarterbacks on the slate.

And the hot trend carried right into Monday night when Jimmy Garoppolo was en fuego in Mexico. Jimmy G racked up another four scores of his own, bolstering the Niners to a blowout victory in primetime. When the dust settled, he, too, had amassed a top-five fantasy finish, pleasing those who started him.

Unfortunately, I was not quite so proactive on the ‘sit’ side of the ledger. Derek Carr got off to the slow start I suspected; however, by virtue of a clutch overtime touchdown to Davante Adams, Carr vaulted ahead of his anticipated bottom-tier finish.

For the Steelers, Kenny Pickett was able to pile up enough yards to be relevant. He did struggle to score, notching only a single touchdown. However, his 16.0 fantasy points still had him ranked 16th, five spots above his FantasyPros ECR.

When last we saw Smith, he was again flirting with a Top 10 fantasy finish. Before their Week 11 bye, the Seahawks squared off with the Bucs in Germany. Smith managed 275 yards and a pair of scores in the losing effort.

The outing was on par with an unexpectedly impressive season for Geno. Despite concerns about the vitality of the passing offense, Seattle currently ranks 13th in the league with 227.8 yards per game through the air. Smith, himself, grades 85.9 with PFF, the fifth-highest rating among the league’s passers.

In Week 12, Smith and the Seahawks will host the forlorn Raiders. Las Vegas was most recently victimized by Russell Wilson, who had been completely ineffective prior to posting 247 yards. His performance certainly was not an anomaly against a lackluster Raiders defense. Allowing 21.0 fantasy points per game to quarterbacks, Vegas has been the third most vulnerable unit in the league.

Seattle is favored in the contest, with a robust over/under of nearly 50 points. This is a strong indicator that oddsmakers favor a high-scoring game script. Geno is poised to carve up the Raiders this Thanksgiving weekend. Make sure to get him into your lineup.

As the preeminent example of the dual-threat potential in the modern NFL, Lamar Jackson is a highly sought-after player in fantasy circles. An ever-present threat to break off a long run or take one to the house, Jackson has ultra-dynamic potential.

Averaging 21.9 fantasy points per game, the Baltimore signal-caller is delivering on the promise of being a Top 5 asset. PFF graded his 2022 performance as 81.2, ranking ninth among eligible passers. He has again been a difference-maker in many fantasy matchups this season.

In Week 12, Lamar and the Ravens will carry a four-game win streak into Jacksonville. Doug Pederson’s hiring has added much-needed stability to a youthful Jaguars roster. However, they have still been woefully inadequate at defending the pass. Giving up an average of 247.6 yards per game, they are a Bottom 10 unit. Quarterbacks have gleefully collected 18.3 fantasy points per game on this defense. They are ripe for the picking.

For evidence of this mismatch, consider that Baltimore has been installed as a four-point road favorite in this game. Look for Jackson to showcase his arm and legs in this game. As the Ravens leading rusher, Jackson figures to feast all-around against a feeble opponent. Start him with confidence this weekend versus the Jags.

When last we saw Ryan Tannehill, he was completing a thorough thrashing of the Green Bay Packers under the primetime lights of Thursday night. And though the 333-yard, two-touchdown performance was indeed impressive, it was far from indicative of how Tannehill’s season has gone to date.

Much to the contrary, the Titans quarterback is 22nd among quarterbacks averaging just 14.4 fantasy points per game over the last five weeks. With just 165.4 passing yards per game, Tennessee ranks 30th in passing proficiency. And, with inferior/inexperienced receiving weapons, there is little reason to suspect that the Titans will greatly pivot from their characteristic rush-dominated philosophy.

This week’s opponent, the Bengals, will certainly not make the prospect of airing it out more appealing. Cincinnati has been downright brutal on the passer in 2022. Surrendering a paltry 12.8 fantasy points per game, Tannehill can’t be too content with the prospect of squaring off with the Bengals on Sunday.

The gambling community has taken notice of the trends and seems concerned about this matchup as well. The road Bengals are a slight favorite, with a very light over/under of 42.5 points. The bookmakers don’t see the Titans eclipsing three touchdowns in this game, which should scare you. Keep Tannehill on the bench, and find a better option in Week 12.

What a long, strange trip for Matt Ryan in his first year in Indianapolis. After posting an uninspired touchdown to interception ratio of 9:9, an injured Ryan was benched in Week 8 in favor of a Sam Ehlinger-led youth movement. However, when that experiment failed to deliver much-needed victories, head coach Frank Reich was relieved of his duties following a listless Week 9 loss in New England.

Reich was replaced by an interim coach, Jeff Saturday, who made for a somewhat controversial hire given his lack of coaching expertise. Though Saturday initially indicated that he would be sticking with Ehlinger, Matt Ryan again took the helm against the Raiders. And though Ryan and the Colts pulled off an upset in Las Vegas, the offense under Saturday took a much different approach.

Saturday, a former offensive lineman, has imbued a run-first approach for the Colts. In seven starts under Reich, Ryan averaged 42.4 passing attempts per game. Since the coaching change, that number has dipped to just 30, a 29% reduction. Saturday is allowing a troubled offensive line to become the aggressors while showcasing one of the league’s premier backs in Jonathan Taylor. It’s hard to argue the logic, but not great for Ryan’s prospects.

On Monday, Ryan and the Colts will host the visiting Steelers. And while Pittsburgh has struggled against the pass, it’s worth noting that all-world pass rusher T.J. Watt has only recently returned to the lineup. Falling prey to over three sacks per game, Ryan’s lack of mobility is a concern that the Indy coaches are likely to game plan around. Look for them to continue a heavy run script with some high-percentage passes sprinkled in. And while that may be a formula for success, it’s certainly not one for fantasy glory. Be savvy to the nuances of this matchup, and keep Matty on ice against the Steelers.

I thoroughly enjoyed bringing you this piece and would love to continue the conversation on quarterback start/sits. Please feel free to comment below or contact me @Spydes78 on Twitter. And also, stay tuned to @DynastyNerds for a steady pipeline of content from our eminently qualified staff to carry you through your season. If you like what you read, please consider subscribing to any of the elite tools that Dynasty Nerds offers. Make sure to use the promo code “SPYDES” to receive a 15% discount. Thanks for reading and enjoy the grind!