College Football Week 13: Too Cold or Too Bold

Each week, fans around the country react to big games and disappointing ones alike. Each week, our writers decide which reactions are legitimate and which aren’t. 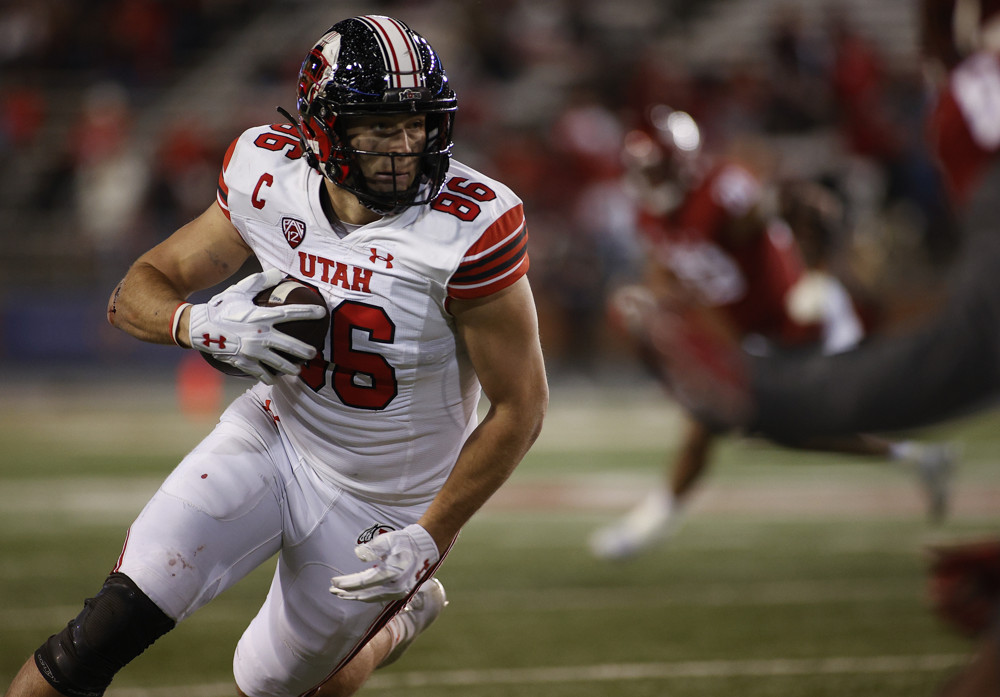 Every Saturday is filled with breakout performances and disappointments alike in college football. Here, our writers react to some takes around the CFB world to help distinguish between recency bias and take lock.

Too Cold (agree with the take) or Too Bold (disagree)

Ole Miss running back Zach Evans has played a big part in the reputation of the 2023 running back class for a while now. But as the class remains stacked, Zach’s workload, production, and hype have gone down. True freshman Quinshon Judkins is clearly taking on more work than his teammate. Some fans are starting to get concerned. They are starting to move Evans outside the top 5 in their running back rankings for the class. Too Cold or Too Bold?

Too bold. Evans was banged up this year and didn’t want to handle as many carries to save himself for the NFL next season. That, coupled with the breakout of Judkins, is the reason that he didn’t see as many touches as we thought he would. But just like I am not knocking Boutte down my board because of his limited production this year, I am not faulting Evans for it, either. If anything, it saved him a full season of wear and tear on his body and should be a good thing at the next level. I still think he is the RB3 of this class and has a very good chance to excel at the next level.

Evans is still my RB3 in the 2023 class. I am very high on him as a complete pro running back with traits that translate to the next level. Evans has put together a strong season despite the emergence of Judkins. He has been one of the most efficient running backs in the country for three years, which continued in 2022. Rushing for 899 yards and averaging 6.6 yards per carry in the SEC is nothing to scoff at. Evans will be one of the best values in rookie drafts.

Evans being great and Judkins being great are not mutually exclusive events. Judkins is currently one of the most exciting prospects in devy, but Evans remains a great talent. He has the size, vision, footwork, balance, and speed of a solid NFL starter and top 5 back in this class. He may not have put up the total production we usually see from the top running back prospects, but he has consistently been efficient with what opportunity he has been given. Evans is still my RB4 in the class.

2. The Washington WR duo are both Day 2 prospects

Jalen McMillan has joined Rome Odunze with a 1,000-yard receiving season. With 124 tonight, he has 1,014 for the season. He and Odunze are the ninth and 10th Huskies ever to reach 1,000 receiving yards in a season.

Jalen McMillan and Rome Odunze, wide receivers for the Washington Huskies, have been massively productive this year. The teammates have at least 1000 yards and 7 touchdowns. They’ve played different but imperative roles in an offense that has led their team to a #9 overall ranking. The redshirt sophomores are building a case for themselves as Day 2 prospects. Too Cold or Too Bold?

I think Kalen DeBoer’s offense unlocked the potential of both of these wide receivers, and I think both have a good chance to be Day 2 picks. I am hoping that both go back to school, along with Penix, and post another year of big numbers for a top PAC 12 team, as I think that will allow them to rise even further up NFL draft boards. Even if they came out now, both have good enough numbers and athletic profiles to get drafted in Round 3 at the latest.

Odunze is a fringe Day 2 prospect, and McMillan is squarely in the Day 3 range. Odunze is the one who has my attention right now. He is the featured playmaker on an explosive Washington offense with NFL talent. His ascension as a prospect should not come as a surprise. He was a four-star recruit and produced well in his redshirt freshman season, but DeBoer’s arrival unlocked Odunze. He has the NFL size and length you like to see, combined with an explosive skill set and ability to beat up man coverage. McMillan had been considered the Washington receiver to roster in devy circles, but Odunze quickly proved to be the better asset.

I think both will get drafted and be contributors to an NFL team. However, I think Day 2 is just a bit of a stretch for McMillan. Odunze is probably a Round 3 guy for me, though I could see him slipping to Round 4, given the depth of talent in this draft class. Should either of them stay this year and build on their profiles, Day 2 could be in their range of outcomes. Until then, I’ll operate with a ‘believe it when I see it’ mentality on this one.

Jordan Travis is him pic.twitter.com/n8KLCH4Elk

Seminoles quarterback Jordan Travis has taken a massive step up in his 4th year in the program. He has accounted for 30 total touchdowns this year, leading FSU to the 14th spot in the AP Poll. His athleticism and playmaking ability has started to turn heads. In fact, he may be drawing the attention of NFL scouts, and we should prepare to watch him play on Sundays in the future. Too Cold or Too Bold?

Travis has performed better than I thought he would, especially given that he lost playing time last season to McKenzie Milton, but I don’t think he has what it takes to succeed at the next level. His resurgence was likely fueled by a revival of the entire offense under new offensive coordinator Alex Atkins. While I think it’s possible he gets drafted on Day 3 and is a backup in the NFL, I just don’t see the potential for him as a starting quarterback at the next level.

He certainly has my attention. The Travis hype train is rolling at full speed after his legacy game against Florida on Saturday. I’m not confident in projecting him as a pro prospect yet, but goodness, he has some juice. He reminds me of Jalen Hurts in a lot of ways. What I like the most is how much he has developed throughout the season. He looks very comfortable right now and has fueled this Florida State resurgence. For now, I want to sit tight and assess.

I wanted to play devil’s advocate because I like Travis as a player. However, I still need to see him be more accurate and consistently read the defense. He certainly has some talent – only a handful of players in the world could have made that play he did against Florida. But he has plenty of improving left to do if he wants to start on Sundays.

4. Donovan Edwards is a better NFL prospect than Blake Corum

Jordan Travis is him pic.twitter.com/n8KLCH4Elk

Michigan running back Blake Corum was beginning to put together a Heisman case. Unfortunately, he suffered a bit of an injury last week and was forced to play second fiddle to Donovan Edwards. Edwards took advantage of the opportunity and then some. We already knew Edwards was a talented player, but in the biggest game and with the largest workload of his life, he led the Wolverines to a huge win over rival Ohio State with 225 scrimmage yards and 2 touchdowns. Some are already calling Donovan a better prospect than his teammate Corum. Too Cold or Too Bold?

I am starting to come around to the fact that some at the NFL level might be down on Corum as an NFL prospect. Given his size, I can see a world where he falls into the fifth round come draft day. Meanwhile, Edwards just put up an amazing performance in one of the biggest games in college football over the last ten years. He likely caught the eye of many NFL scouts in the process. Edwards was a higher-rated recruit coming out of high school and is built more like a traditional NFL running back, so I can definitely see a world where he is more highly regarded by the NFL when he comes out in the draft than Corum will be this season.

I have them back-to-back in my devy running back rankings (13 & 14). Edwards was my preference all offseason because I had concerns with how NFL teams would see Corum. I still do, to a degree. He doesn’t exactly profile as a complete back and has been the beneficiary of a stacked Michigan offensive line. Despite those concerns, I recently pushed Corum up my rankings a bit. He is a patient, decisive runner with a nose for the endzone and breakaway speed. He is a high-character guy and should crush interviews. Day 2 draft capital would be huge for his stock, and I think he gets it.

I like Edwards, but we need to stop sleeping on Corum. He brings a lot to the table with his burst, vision, and contact balance. Donovan is probably a better pass catcher, but outside of that, I don’t see him providing much that Corum doesn’t. Corum gets knocked for his size, but Edwards’ BMI is actually lower. I think both can be solid NFL players and fantasy-relevant, but Corum has the edge for me right now.

5. Dalton Kincaid is a Day 2 prospect and will be a fantasy TE1

Dalton Kincaid (#86) with the key block on this rushing TD.#DraftCrush pic.twitter.com/EnJPbtOd15

The 2023 tight end class may be carried by more than just Michael Mayer. In fact, Utah tight end Dalton Kincaid was a fellow semi-finalist for the Mackey Award and might prove to be nearly as productive as Mayer in the NFL. He is a well-rounded prospect with the size and athleticism you want in a starting tight end at the next level. Kincaid will be a regular starter in fantasy lineups. Too Cold or Too Bold?

Mayer is the crown jewel of this class, but there are still other guys in the class who would likely be the top tight end taken in other years, and I believe Kincaid is one of those players. He fits the mold of what it seems like the NFL is moving towards – athletic tight ends who aren’t block-first players but weapons down the field in the passing game. I think there is a good chance that he gets Day 2 draft capital, and if he lands in the right spot, I think a top-12 season is easily within reach at some point in his career.

Kincaid is currently my TE3 in the 2023 class with a Round 3 grade. I look forward to seeing him in Mobile at the Senior Bowl, where he has an opportunity to showcase his talent. He isn’t a trench warrior, but he is an advanced receiver who will test well. I think teams are going to be very high on him. Reports surfaced in October of several NFL scouts having Kincaid high on their boards, saying there is no chance he gets out of Day 2. This is a strong tight-end class, and Kincaid will be at or near the top of it.

Kincaid hasn’t put up this level of production by accident. He is a highly talented pass catcher. After Michael Mayer, he has an argument for the TE2 in the class (up there with Darnell Washington for me), and rumors are the NFL likes him. Should he perform well in the Senior Bowl, he will probably earn a Round 2 selection and should start producing in the NFL not long after.