Fun and helpful ideas to determine your draft order. Redraft, startup, and rookie drafts are all included. 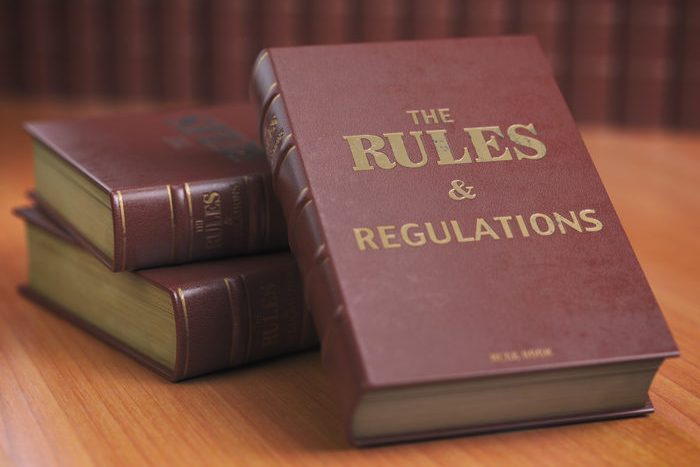 “A league is only as good as its commissioner.” – Confucius, probably

Commissioners hold the weight of their league on their shoulders. I know because I’ve felt it. One of the most frustrating, annoying, totally-worth-it pressures I have ever felt has come from being the commissioner for my home league. Over only two seasons, we’ve seen owners throw dramatic fits and eventually quit altogether over a pretty standard scoring rule, league abuse of veto power, collusion, shameless tanking (in a one-keeper league…), and loads of plain ol’ whining. Yet, for the joy of creating a fantasy league that keeps owners engaged and bought-in, it was all worth it.

To most owners (myself included), the draft is the most exciting time for fantasy football. There’s simply nothing like building your team from the ground up all in one night. As a commissioner, I love having owners be involved in every aspect of the league, but I especially want them to be excited about the draft. To create some enthusiasm, I’ve found that it is much more effective to have a competition or other determining factors other than the platform randomizer to generate the draft order. I know some of you play in dynasty leagues where this type of draft only happens for the startup, but I’m going to go over some fun options to determine rookie pick order. But to start, we’ll dive into the more fun, redraft draft order ideas.

We’ll start with the basics. This first one is called Derby Style. Basically, instead of just assigning the draft spots, you let each owner choose their draft spot. How you determine the order by which each owner chooses his draft spot is customizable. You can add the derby to the end of almost any draft idea, or you can set a randomizer with the names of each owner in the league. In one league I used to commission, we were only allowed one keeper from year to year. Each owner’s keeper was ordered by the number of fantasy points they scored that year (from worst to best), and that was the order we used for the derby. The benefit of the derby style add-on is that your owners will be able to choose (mostly) where they want to draft. Some owners like the middle, while others like the turn. This way, at least some of the league gets to draft where they want to.

One of my all-time favorites is the M&M Counter. You have every owner go to the store and buy a normal-sized bag of M&M’s. Once you have the draft day, have each owner open the bag, and count each candy color. But before that, make sure to publicly announce what the order of priority for the colors is. So, for instance, I would announce that the color priority will be: Red, Black, Yellow, Blue. So now, once everyone opens their bags, they will count their red candies. Write down each owner’s total and order them from least to greatest. If there is a tie, then go to the next color on the priority list, which in this case, would be black. Use the other colors as tiebreakers. Once you have the order sans ties, you can leave the order as the official draft order, or you can add in the derby style by going down the list and letting each owner choose their draft position from there. I love this approach because it combines complete randomness with a choice aspect. No one knows how many of which colors are in each bag when they buy them, but they still have the choice as to which bag of M&M’s to buy. You can even do this in an online draft by having each owner submit a video of themselves opening and counting their M&M’s (to ensure that no one is reporting false numbers).

Then, of course, you have the Performance-Based Models that rely strictly on a game or competition that you hold between the league owners. These can go in a plethora of different directions: Run the 40-yard dash, compare Fortnite finish positions, hold a Mario Kart Tournament, etc. These are pretty straightforward — use the finish order to determine the draft order. You can also use a derby add-on to let the owners choose where they want to draft (assume that you can add the derby onto the end of basically any of these ideas. That way, I can stop typing it at the end of all of these paragraphs).

Another one of my favorite ideas is to have a 3rd Party Evaluate Team Names. This encourages the owners to be involved and creative, which helps them stay involved for the rest of the season. Set a deadline for team names to be finalized. Then have a 3rd party (mutual friend, spouse, total stranger, co-worker, etc.) rank which team names he/she likes the best. Pretty simple, yet a great way to get your owners excited about their squad.

Now we let the big boys play. I’m assuming that if you’re reading this article close to when it’s been published in late July, you’re probably a dynasty player. Whether you skipped straight to the section titled ‘Dynasty’ or treaded through the weeds of the unorganized mess that this article has been so far, you’ve made it here: the threshold to improving your dynasty league. Because of the nature of dynasty leagues only being able to draft rookies and making sure that the worst teams get the best picks, there are a limited number of options regarding a fair dispersion of draft picks. I’ll share with you the two options that I believe every league should operate on.

First, we have the good ol’ fashioned Lottery. I’ll quote what is written in my main dynasty leagues ‘Rules and Regulations’ document:

The League of Dynasty rookie draft lottery will be made similar to the NBA lottery. A “lottery” pick will be the top 2 picks; then the remaining picks will be distributed in the inverse order of standings. Therefore, the owner who finishes in last at the conclusion of a season will be guaranteed a top 3 pick.

The odds will be distributed as follows:

75% of total lottery odds allocated to owners finishing 7-12 after the conclusion of the regular season.

25% of total lottery odds allocated to the top 3 finishers of the consolation bracket.

The maximum odds available (46%) would be awarded to a team who finishes last during the regular season, but then wins the entire consolation bracket. Also, the closest any team can get to the last place, regular season finisher is 31%.

This way, the worst team is guaranteed a top-3 pick, but there is still a sense of randomness to it, too. It also encourages teams in the consolation bracket to continue to set their lineups and try to win up to the last matchup. Consolation wins = higher lottery odds.

The final and most-fair way that I can think of to eliminate tanking (but promote rebuilding) and give the best picks to the worst teams is to use the Potential Points system.

“Potential Points” (aka “Max Points”) is a stat that calculates what your season total would be if you were to start your perfect lineup every week. At the end of the season, you should be able to access each team’s total potential points for the whole season (depending on your platform). By assigning picks to the inverse order of the league by potential points, you are guaranteed to give the better picks to the worse teams. This completely eliminates tanking while encouraging a rebuild (which are two very different things). If a team wants to trade their best players for future capital, that is rebuilding–fair game. But if a team benches their studs for their benchwarmers, that is called tanking–no bueno.

Most platforms have an option to view this stat, but if your platform doesn’t, it might take some extra leg work from you, the commissioner. You will have to keep up with each team’s best possible lineup for each week throughout the season (you can include the playoffs in your stat if you want to, that’s for you to decide).

To manually collect this stat, you must:

It’s a good bit of leg work for the commissioner to do every single week for every team. That is why I suggest using a platform that calculates it for you (like Sleeper #notasponsor).

Like always, if you have any questions whatsoever, you can message me on twitter @Domffl. I welcome any questions and will give advice/suggestions to the best of my ability.

Intro to Campus to Canton | Vol. 1: The Basics
Truth or Trap: Which is Josh Kelley?
Training Camp Sale!