Could Snoop Conner be this years Jordan Howard

Fantasy managers love to hit on the late round star. @Culture_Coach take a look at Snoop Conner evaluates his shot at hitting fantasy gold. 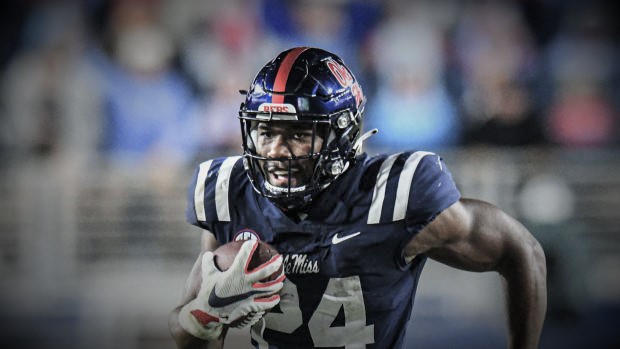 Snoop Conner was a 3-star recruit who split time at Ole Miss with Jerrion Ealy who was a 5-star recruit. Conner played the thunder to Ealy’s lightning in the Ole Miss RPO offense that was led by Matt Corral. Putting up 26 touchdowns in 34 games established Conner’s nose for the end zone. Ole Miss spread the ball around with four different players rushing for more than 500 yards.

Welcome to the NFL

Conner landed in Jacksonville as a fifth-round pick. He is slotted in behind Travis Etienne and James Robinson, but ahead of Ryquell Armstead and a couple of free agents. Howard also landed third on the depth chart behind a pair of fourth-round picks, Jeremy Langford and Ka’Deem Carey.

Conner’s path to opportunity has a couple of road blocks, but there is a path.

We have seen James Robinson play very well in Jacksonville. He tore his Achilles on December 26, 2021 and has been rehabbing. Despite Cam Akers miraculous recovery from an Achilles tear last season, Robinson’s recovery is coming along a bit slower.

2021 first-round pick Travis Etienne was supposed to knock Robinson down a peg, but a Lisfranc injury laid waste to his rookie year. He is reported to be on track in his recovery. Miguel Chapeton breaks down some of the recent Lisfranc injuries and the subsequent seasons. The good news for Etienne is that the younger the player, the better the recovery.

Conner vs. Robinson vs. Howard

While Robinson dominated at a lower college level, Howard was very good at mid-tier Conference USA before finishing at Big Ten doormat Indiana. Conner on the other hand played in the vaunted SEC as a committee back and did not put up big numbers, but was effective.

Jordan Howard opened his career with a 250 carry season. In his first three seasons, Howard was RB10, RB14, RB20. Ineffectiveness in the passing game was Howard’s downfall. I don’t think Conner reaches the peak that Howard did if Etienne stays healthy. I can see low-end RB2 numbers for Etienne/Conner, much like Javonte Williams/Melvin Gordon did in 2021.

What is the cost?

Conner is currently going as RB17 in rookie drafts, that is in the late third-round. In start up drafts he is RB71, going at pick 235. That is the 19th round. That is the epitome of a late round flier.

If James Robinson isn’t ready at the start of the season because of the Achilles tear, the bruiser role will be there for the taking. Don’t get me wrong, I think Etienne will be the 1A, but he will be featured in the passing game with some runs sprinkled in. Whereas I see Conner featured in the rushing game with some passes sprinkled in. If Conner comes out of the gate hot, I think he can grab the 1B running back role and hold it. The current coaching staff does not have an allegiance to Robinson.

What does it all mean?

Snoop Conner is very cheap, in rookie drafts and start up drafts. The size of his opportunity will depend on the health of Etienne and Robinson. Still, there is opportunity and Conner has the size and athleticism to be a solid contributor. Stash him on your taxi squad or on the end of your bench, it doesn’t cost much.