Can D’Andre Swift survive another year on a bad Detroit offense? Will he be able to produce RB1 stats while remaining healthy in 2022? 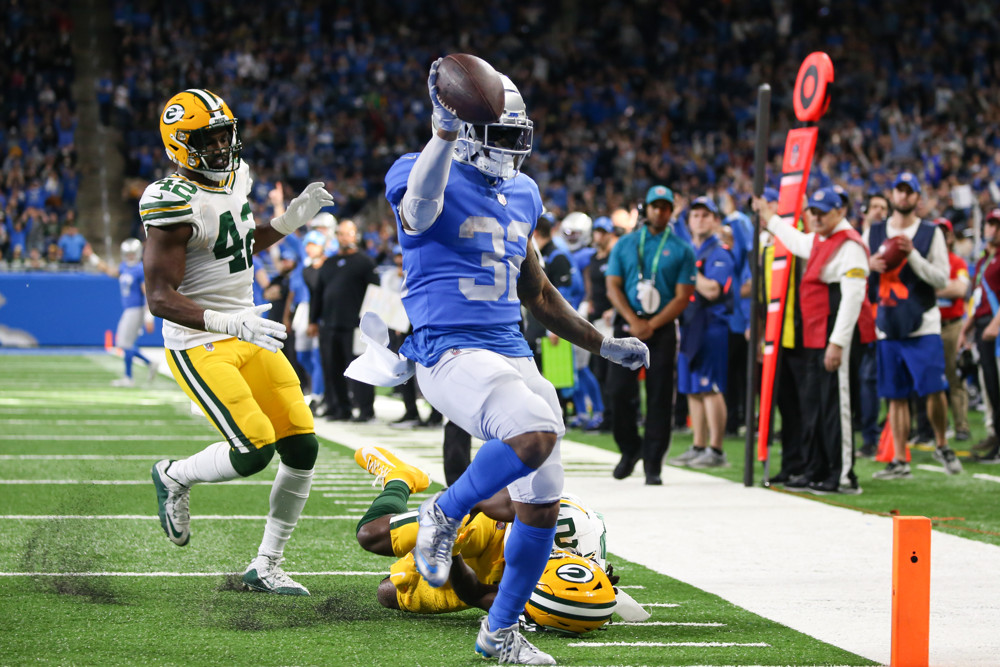 As a key member of the Detroit Lions, running back D’Andre Swift has had to suffer through some disappointing results in his first two seasons in the league. Even with a roster devoid of talent around him, Swift has more than made a name for himself. The 2022 season is hopefully another one of those instances.

Having Matthew Stafford for his rookie campaign certainly painted a good picture for the beginning of his professional career. The trade that brought in Jared Goff certainly could have put an immediate halt to that. Yet Swift pushed on, setting career highs in rushing and receiving work for a team that seems close to realizing who they are.

Swift’s sophomore season was one of real promise – 151/617/5 on the ground and 62/452/2 through the air led to his first career 1,000-yard season. Limited to 13 games for the second consecutive season due to injury, Swift was able to showcase just how efficient he can be. It even if forced to plod behind a below-average offensive line.

A significant improvement for Swift was his usage in the passing game. His targets (+21) and receptions (+16) took major leaps. While still holding value in a standard-league format (RB24), Swift’s true value lies in PPR formats. His passing-game work makes him an absolute value (RB15).

The ’21 season began with Swift suffering a groin strain during training camp. which lingered during the year but did not force him to miss anytime. Sharing a backfield with Jamaal Williams helped keep Swift fresh during the season. When Williams missed time, Swift’s array of abilities was on full display.

The latter of Swift’s two injuries suffered last season was the more serious one. His shoulder sprain during the Week 12 affair kept him out for the next four games. Having returned for the final two contests, Swift was never fully healthy and should have been shut down then, but Detroit decided to ride him until the end of the season.

Detroit’s willingness to rely on Swift in the ground game was hard to pick up on, as he only earned 14 more carries than Williams across the first 12 games. Swift’s standout games came when Williams missed Weeks 8-10, during which the former Bulldog earned 56 touches throughout those games.

So what can be expected out of Swift in Year 3? Hopefully, more of the same, with better efficiency and hopefully a cleaner bill of health.

Detroit has a better grouping of targets for Goff in the passing game, as Amon-Ra St. Brown is more developed, and Jameson Williams (upon being healthy) will be a much-needed boost for the passing attack. Combine those two options with T.J. Hockenson, and you have a far more opened-up offense that is helpful for Swift.

The Lions have an upgraded offensive line unit for Swift to run behind. With his skill set, the team certainly will put him in a heavy-usage role meant to succeed. If Swift stays healthy for two more games this year than last, based on previous season’s averages, he would have earned another 33 touches, 165 yards, and one more TD, vaulting him near the top-10 RBs.

The fact that Swift finished third on the team in targets (78) is not all that surprising. It shows what this team thinks of him. Expecting a target regression of 10-15% will help you understand Swift’s role in the offense moving forward, something that hopefully can be regrouped via the ground game.

Expecting the Lions to deviate from the status quo for Swift should not be expected. Even with this team still struggling to win, their RB is the least of their problems. Provided he can string together the healthiest season of his career, Swift has a healthy shot at finishing top-10 this year. He could even sneak into the top 5 RBs if his rushing efficiency expands.

Rookie drafts are here. Be prepared with the #1 mock draft tool on the market. And it’s FREE. Available for iPhone and Android. Become a DynastyGM subscriber and sync your leagues with the Dynasty Nerds App to mock draft your actual teams.