Quarterback transfers aren’t always the best thing for a team but this year we have a special bunch who can all make an impact. @MandrewNFL breaks down the landing spots for a talented bunch of transfer qquarterbacks. 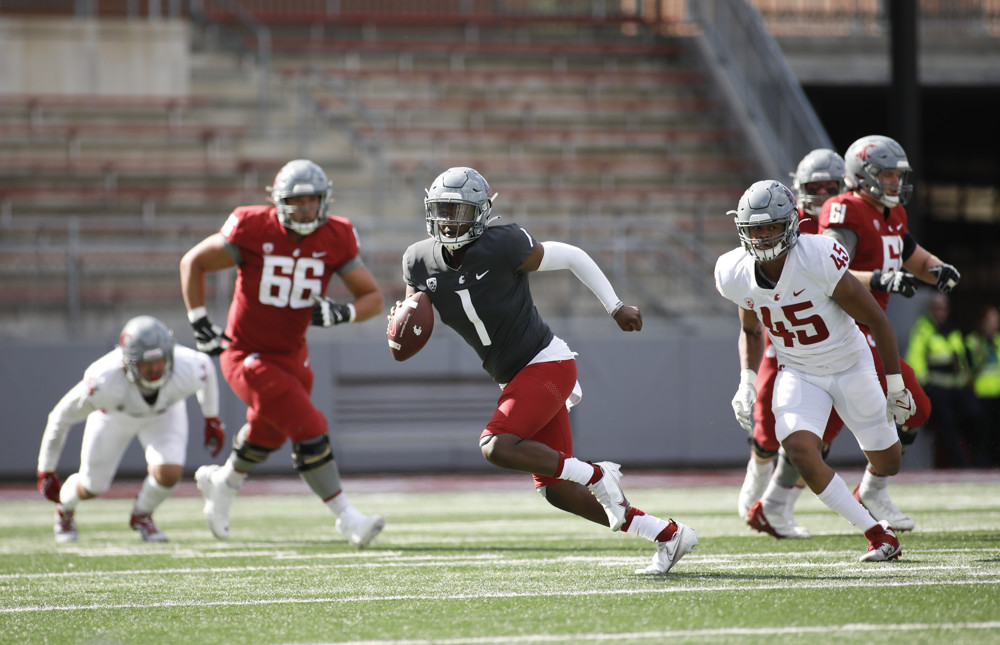 The transfer portal has proven to be an invaluable tool, especially with quarterback transfers. No player makes a bigger impact on their team arguably than the QB. The transfer portal angle has just made it that much crazier in the grand scheme of things.

QB transfers almost seemed to be happening this year more than ever every other day. Not just small names, big names, and names that will be significant devy and fantasy assets down the road.

Most of the moves should result in instant starting reps though for these passers. Some went from between major programs and some went to more secluded areas to build themselves back up. No matter what, these are all moves in the player’s eyes that will make them better.

Which ones will be the most beneficial to you the devy and fantasy player though? Time to digest the quarterback transfers.

Committed to Oklahoma and coach Lincoln Riley in 2021, Williams was expected to sit behind Spencer Rattler. One thing led to another and the nation saw Williams sooner than we expected and we liked what we saw. What we saw was seven starts from the then Oklahoma Sooner would be good enough to result in the benching of Rattler.

What no one expected was Lincoln Riley to leave Oklahoma and then for Williams to follow him. Now he is in arguably the best spot of any QB in college football. He has receivers galore, including Jordan Addison, and is in the driver seat to be the king of the QB transfers.

Everyone knows the mullet but the player that the hair belongs to is one of the nation’s best. Ewers committed to Ohio State in 2020 and was expected to compete for the starting job alongside eventual winner C.J. Stroud. After losing the job Ewers stuck around for a while before ultimately hitting the transfer portal.

He would eventually land in Texas with coach Steve Sarkisian being the selling point. What he was able to do while at Alabama has folks believing in his QB coaching. Now Ewers has the chance to be Sarkisian’s Mona Lisa.

Dart looked to be the real deal last year as a freshman in the six games he played in. With Williams joining Riley in Los Angeles, it left Dart looking for a new home. He found one at Ole Miss and now looks to be a more refined version of Matt Corral in his offense. What does that mean? It means lots of passing with half the interceptions (editor note, Corral only had five INTs his senior year!), and his value will skyrocket this year.

The ultimate rebuild project this year in college football is Rattler this year. He went from being the savior of the Lions and the first overall pick to losing the Sooners starting job. Rattler could have pulled a Tate Martell and become a washed-out Netflix show QB, but no, he is fighting back.

Now, he will be the starter for the South Carolina Gamecocks this fall, hoping to give them an SEC title birth. We will get to see him go against tough defenses like Florida and Georgia. Those two games alone should show us what kind of adjustments and fight Rattler has in him and what pro he could be.

Washington State has become a host of sorts to transfer QBs, and they may have the best one since Gardner Minshew on campus now. Ward transferring to Pullman should have college football fans and devy players drooling. Coming from Incarnate Word, a small school in Texas, he put up insane numbers. Passing for 4,648 yards and 47 touchdowns at any level is impressive, now he gets a chance to do it in the Pac-12. If he can replicate that performance we could be looking at a rise the likes of which we have never seen before.

He may be the most underrated player on this list, yes even behind Ward, but he needs to be seen as a contender. Gabriel took over at UCF when McKenzie Milton was injured and he took that baton and ran with it. Now he looks to take advantage of another chance he was presented with. Both Rattler and Williams are gone but the weapons at Oklahoma remain. Players like Marvin Mims should be able to help lift Gabriel to the heights he hopes to get to. Gabriel should be seen as a potential Heisman sleeper and a first-round of the NFL draft sleeper.

All of these QB transfers have their own significance, odds are not all of them should hit. Realistically though, all of these players with these landing spots should have you excited. Devy and dynasty players need to watch the QB play this year because in 2021 we were starved for it.

Now though, we have an all-you-can-eat buffet in front of you, thanks to the QBs that have been developing.