Blake Corum had a disappointing freshman season but had a huge breakout in his second season. Check out why he is a name to watch out for this season and the 2023 NFL Draft. 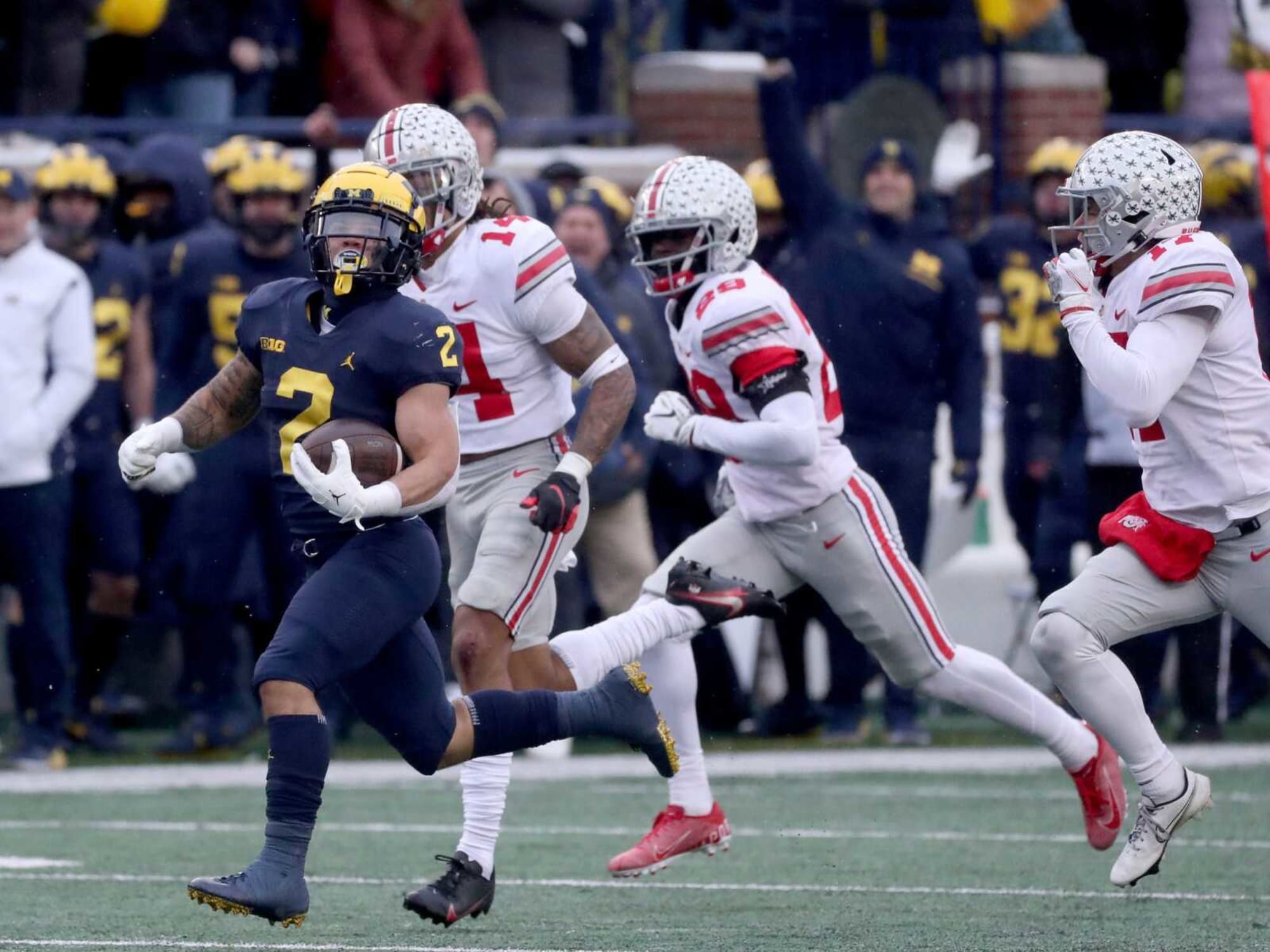 Many had left Blake Corum and Michigan for dead before the 2021 season. Both had a resurgence last year and Corum has catapulted himself back in the picture for the loaded 2023 running back class. Let’s take a look at him as a prospect and what to expect in 2022.

Blake Corum was recruited by many power five programs as a top 130 prospect in 2020. He eventually picked Michigan over rival Ohio State. Corum’s freshman year was a disappointment with only 31 touches for 147 yards and 2 touchdowns. Many wondered if Michigan could utilize Corum correctly or if he would need to transfer.

In 2021, Corum had a huge bounce-back season finishing with 952 rushing yards and 11 touchdowns. On top of his rushing ability, he showed good receiving ability with 24 receptions for 141 yards and a touchdown. Corum would have had well over 1000 yards if he had not suffered an ankle injury that caused him to miss 3 games. He did have four games over 100 yards rushing but did struggle against Rutgers, Wisconsin, and Michigan State who stacked the box.

Before Blake Corum’s injury he was in a 50/50 split with Hassan Haskins in 2021. This year he will take the lead back role at Michigan and has a chance to prove that his size will not be a hindrance to his potential in the NFL. He is a good receiver, but it looks like Michigan will use Donovan Edwards as more of the receiving back. I see Corum getting around 60% of the carries but possibly seeing a dip in receiving production.

Dynasty Nerds Devy rankings have Corum as RB13 and RB7 for the 2023 class. I think that is a fine spot for him in the talented class and with another great year, he could move up the list. I think his ceiling would be RB5 in the 2023 class just based on his size. There will be concerns about his size at the next level since he is 5’8 and 200 lbs but his speed may be able to still make him a day two prospect.