Jaylon Robinson has had an up and down college career so far. He has shown flashes and with the transfer to Ole Miss, his stock looks to be up again. Check out why @hayeb3 thinks he is a player to watch out for. 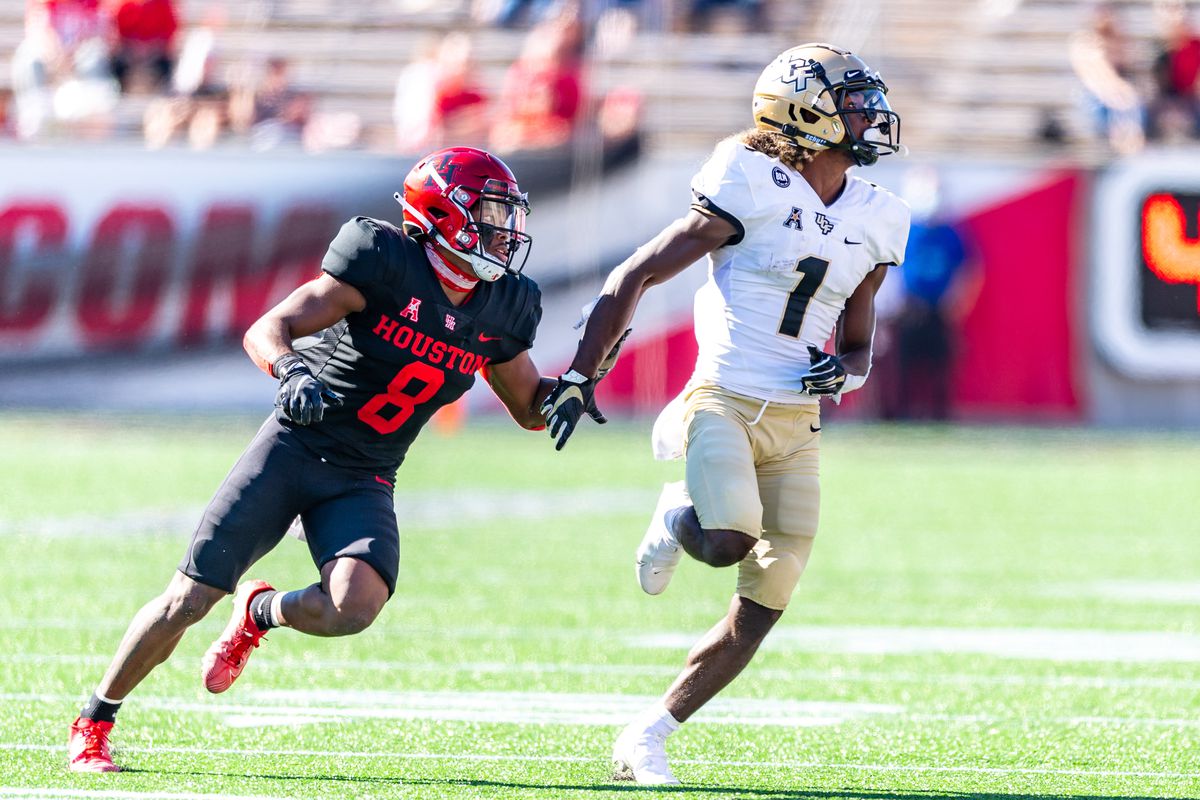 The transfer portal has been hot this offseason, and it continued when Jaylon Robinson entered his name. He was in hot demand and took official visits to Ole Miss, TCU, and Tennessee. Many thought that Robinson would choose Tennessee because of the connection with Josh Heupel, but he committed to Lane Kiffin and Ole Miss. Let’s look at his profile and what he may do this year at Ole Miss.

Jaylon Robinson is a former 3-star recruit out of Fort Worth, Texas, and a top 450 recruit per 247 Sports. He committed to the Oklahoma Sooners in 2018 as the 32nd-ranked athlete in the class. Robinson’s freshman year was limited to only 3 catches on 5 targets for 28 yards. Most of this was because future NFL stars Marquise Brown and Ceedee Lamb took up 51% of the teams’ receptions.

Even though Robinson was in line for a more prominent role, he decided to transfer after one year at UCF. He would have to sit out in 2019, but in 2020 he had a breakout year. Robinson finished with 980 yards and 6 TDs, but even more impressive was 47% of his yards occurred on passed 20+ yards down the field.

After the 2020 year, Heupel left UCF and hired Gus Malzahn, which worried me about how the passing offense would fare. We did not fully get to see the outcome as Robinson only played in 6 games, but he did maintain over 17 yards per reception and increased his ADOT from 13.6 to 18.5. Robinson also showed how productive he could be in game 1 with 6 catches for 140 yards and a touchdown vs. Boise State.

Jaylon Robinson’s biggest asset is his speed, as they nickname him “Flash.” Over 45% of his yards at UCF were on deep passes over 20 yards down the field. He beat press coverage and used route combinations like a slant and go to get deep separation.

Robinson also shows off great hands and will fight through the physicality of defensive backs. In a shortened 2021 season, he showed his improved ability to track the ball.

Ole Miss is losing a lot of production as 5 of its top 8 receivers are gone from the team. One of the returners is Jonathon Mingo, who will play the bigger receiver role as he is 6’1 195 lbs. I think Robinson will be moved all over the field like Elijah Moore a couple of years ago. I think Moore was shiftier, but Robinson is a bigger down-the-field threat.

At Ole Miss, Kiffin will design more plays for Robinson to become a better all-around receiver at the next level. Last year was disappointing, but it did show Robinson could line up in the slot. He lined up there 62% of his plays compared to only 12% in 2020. I don’t think that he should be grabbed in Devy right now. But he is a player that you should keep an eye on for your rookie drafts in 2023.