Quentin Johnston has been going under the radar in the 2023 class. With a new coach at TCU don’t be surprised if he is near the top of the 2023 WR class by the time of the NFL Draft. 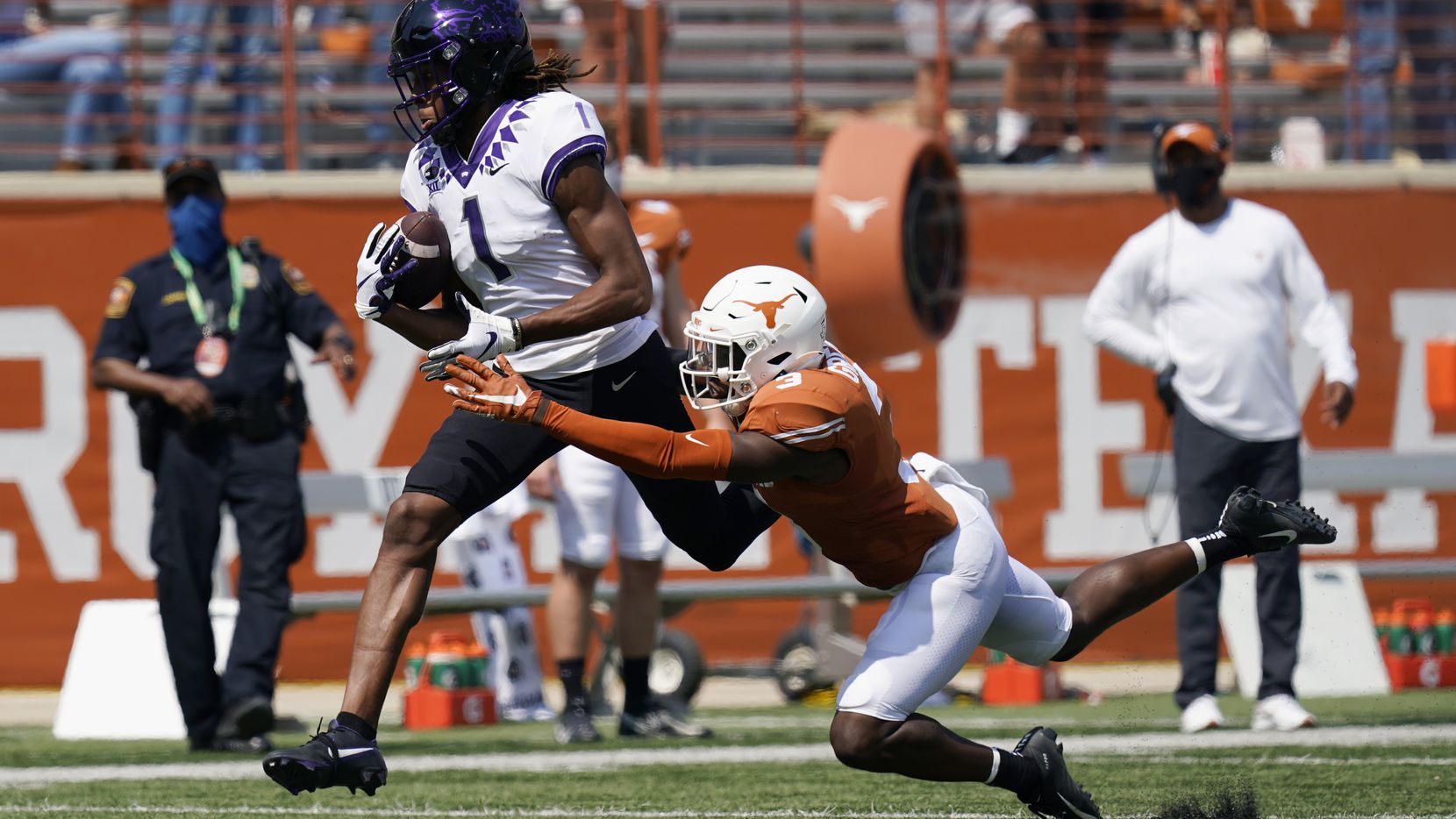 The 2023 class is loaded with talent, including the wide receiver position. Many are focused on Jaxon Smith-Njigba at Ohio State and Kayshon Boutte at LSU, but a name you should not miss is Quentin Johnston. He has shown flashes of what he can do in two seasons and needs to put together a more consistent performance in 2022.

Johnston was a top 75 recruit in 2020 that initially committed to Texas before flipping his decision to TCU. His freshman year started average until he exploded in his last two games. Johnston went over 100 yards against Oklahoma State and Louisiana Tech.

There were high expectations for Johnston in 2021, but injuries and poor QB play caused an up and down year. He ended up with 604 yards and six TDs, but it was either feast or famine. Johnston had four games under 50 yards, and his six TDs came in three of his eight games. He did have tremendous performances against two of the better teams on the schedule in Oklahoma and Baylor. He combined for 12 receptions for 298 yards and four touchdowns in those games.

Johnston has shown his ability on the field to dominate, but then there are some games where he disappears. Let’s look at the scouting report for him through two years.

Sonny Dykes takes over as the new TCU coach after four years at SMU. While at SMU, Dykes led the Mustangs to a 30-18 record, and all four years were in the top 32 in the NCAA in passing yards per game. There has not been a decision on the starting QB yet, but the new scheme should provide for a breakout for Johnston.

In the Dynasty Nerds Devy Rankings, he is the fifth-ranked WR but I have him as WR3. With a great season, he could surpass Jaxon Smith-Njigba for WR2 in the 2023 class. Johnston profiles more like an alpha outside receiver, while Njigba is more of a slot receiver. That could obviously change if Njigba plays more outside this year at Ohio State. In a recent Devy draft, Johnston was picked 11th overall, and I think that is a good range for him. Anywhere from late 1st to mid 2nd is worth the pick for his high potential.