Arch Manning has received a mountain of hype since first appearing on social media, @MandrewNFL breaks down why the hype is real with the newest Manning in football. 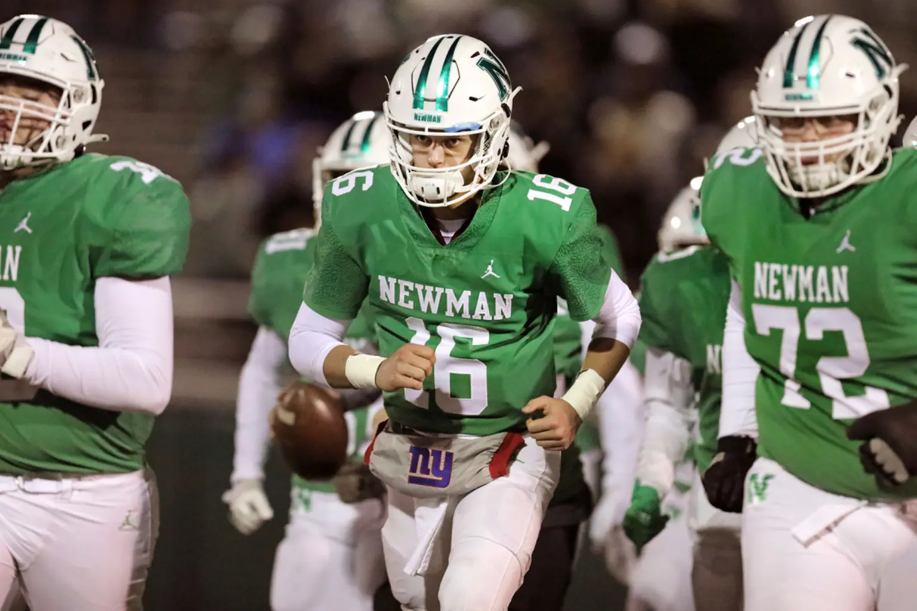 I can’t remember a player receiving as much notoriety as Arch Manning. I still remember scrolling Twitter and seeing a middle school kid making insane throws that ended up being a Manning. The thought of his name being just a weird coincidence was quickly dismissed until we learned he was the son of Cooper Manning. Being the son of Cooper, of course, means you have two of the most notable uncles anyone could ask for as well.

Enough about the family tree, though, because Arch Manning is more than his name. In terms of his style, he is a unique blend of all the Manning’s wrapped into one. Each of the Manning’s did something different than the other. Arch Manning has the benefit of growing up seeing all of them. By doing that, he has a chance to carve out a unique path with a playstyle we haven’t seen in this family.

More Than Just a Name

Arch Manning is attending Isidore Newman High School, where he is a junior. He has been starting for his school since he was a freshman. He was also the first freshman to start for the school in 40 years. His coach constantly talks about how at such a young age that Manning was throwing and making decisions like a much older player. His grandfather Archie went as far as to say that he was ahead of Eli and Peyton at the same age.

A notable thing with Arch Manning that is not often discussed is that he may be even better off the field. He is known for looking after freshmen on the team as well as removing himself from the media. The latter could be argued as a hit-or-miss approach, but you have to commend a kid who is so aware. Being aware doesn’t mean just looking out for oneself but also taking care of teammates when need be.

The day he steps foot on a college campus and in a locker room, he will make it a better place.

When I watched his junior film from this past season, I noticed one thing immediately, his offensive line is awful. They give him little to no time on most plays, forcing him to improvise. The beauty in that, though, is he is comfortable in chaos and off-platform. Time and again, you see him remain calm under pressure, roll out, reset his mechanics, and then deliver a dart to his receiver downfield. For him to be that calm and collected at this age is something that will help him immediately in college.

I am not discussing much of his arm talent here, but this trait may be the most important. The first thing to kill a quarterback’s momentum and development is decision-making. Arch Manning has that down already. Yes, decision-making differs from level to level because the game speeds up, but the thought stays the same. There will always be adjustments for the speed, but the decision not to throw into coverage or take unnecessary risks will always be there.

Arch Manning is worthy of the hype. Let’s face it. He recently committed to the University of Texas to play under Steve Sarkisian, and since then, that program has seen a significant uptick in recruiting. People want to play with Manning. The University of Texas has received commitments from five skill player recruits that are 4-stars or better—those players and the Texas staff should have him lined up for long-term success.

Manning may have to sit his freshman season behind Quinn Ewers, which is okay. He has the support off the field. He has the coaching and players on it. How can you not believe in this kid?