In this Freshman profile, @Fanatics_Rich takes a closer look at RB George Pettaway and how he impacts the UNC running game 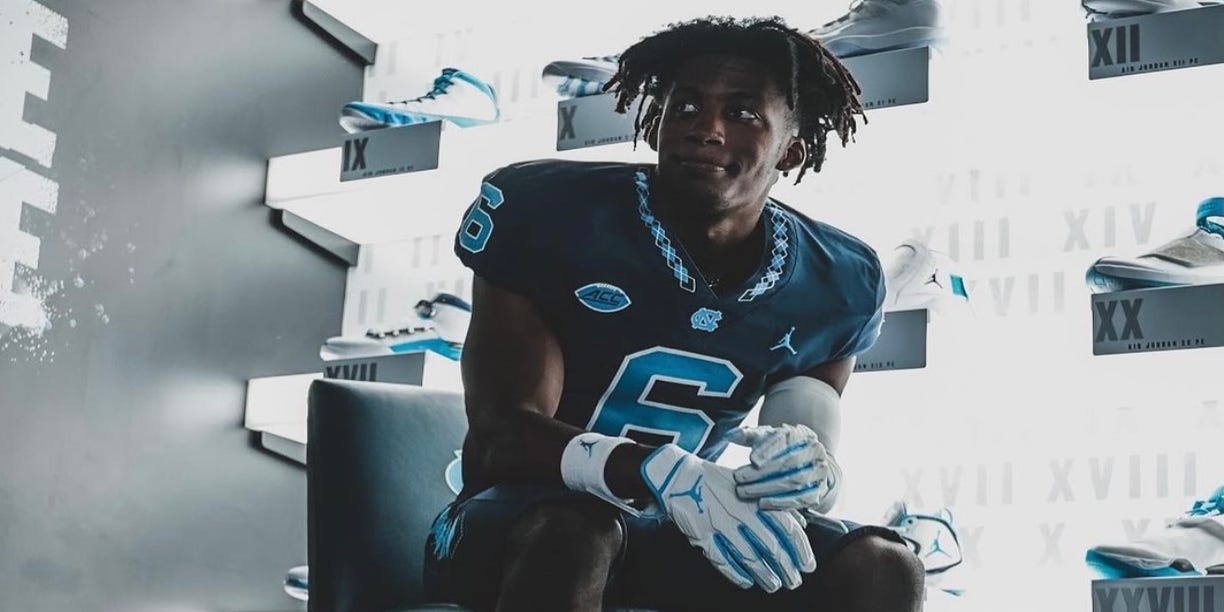 The University of North Carolina (UNC) has become a factory for NFL RBs over the last few years. During the 2021 draft, UNC had Javonte Williams drafted in the second round by Denver and Michael Carter drafted in Round 4 by the NY Jets. Fast forward 12 months, Ty Chandler has been drafted by the Minnesota Vikings in the 2022 NFL draft. As Devy and C2C players, it is important to identify trends early. The trend here is Head Coach Mack Brown, and UNC excels in developing running back talent. So the next question, who is the next UNC running back you need to roster? Let’s discuss one very talented option.

Incoming 4-Star (247 Composite) Freshman George Pettaway is the #8 running back in the class out of Suffolk, VA. He was a two sport athlete while attending Nansemond-Suffolk Academy, where he played basketball and football. Pettaway received 26 offers and chose UNC over powerhouses like; Michigan, Penn State, Alabama, Auburn, Florida, and many others. He was invited to the Under Armour All-America Game.

Since Mack Brown was named head coach in 2019, UNC prefers to feed two running backs who have complementary roles. These running backs are capable in any role asked but excel in specific areas. A prime example is how Javonte Williams and Michael Carter worked together. Both running backs were able to do anything asked. However, Javonte excelled in tight quarters, whereas Carter was excellent with the ball in space. George Pettaway will fill the Michael Carter role while at UNC. He is more than capable in tight quarters but excels in space and the passing game. Let’s cover a few traits that have me excited about his future.

George Pettaway has really good vision with the ability to see creases between the tackles. He uses subtle moves to take advantage of these small holes. He identifies when defenders overcommit inside, leaving an opening to bounce the play. Pettaway has the patience to allow blocks to develop and does not rush the play. Once there is a lane, he accelerates quickly to the second level, putting pressure on linebackers and defensive backs.

Elusiveness is an area of his game where he excels. Excellent Short Area Quickness regularly strings together multiple cuts to elude defenders. His arsenal includes a nice jump cut, varying spin moves, and a seldom-used but nice dead leg. A slight concern is having to decelerate at times to make cuts when in space, which can be corrected with college coaching. Check out the clips below.

This is where Peattaway separates himself from the rest of the RBs on the UNC roster. An excellent receiver out of the backfield can be used as a weapon in space or as a mismatch against linebackers and safeties. Very good use of hands to prevent the ball from getting into his body and very good concentration in contested catch situations. He showed some catch radius with an impressive diving catch at the Under Armour All-American Game.

Listed as 190 pounds on the UNC website is a concern. When draft-eligible, he will likely be between 200-205 pounds. Unfortunately, that probably means a committee role at the NFL level as his body will not be able to withstand a 3-down workload. There are times he runs with poor pad level, which limits his power at the point of contact. College coaching can correct this tendency, improving his ability to break tackles.

George Pettaway, my RB5 in the class, is extremely talented and finds himself in a wide-open running back room. He is an early enrollee who received a lot of buzz during spring camp, then validated that buzz during the spring game. He received a large portion of the reps early in the game and performed well. The running back battle at UNC will continue into the fall, but Pettaway may seize that Michael Carter role from the start of the season. Early production by a running back in a Power 5 Conference will catch the attention of NFL scouts and hopefully lead to desired draft capital.

With most fantasy leagues being some sort of Point per Reception (PPR), George Pettaway can be a great asset to your fantasy team. During the 2020 season, both Javonte Williams and Michael Carter had 25 receptions. Last season Ty Chandler had 15 receptions. Mack Brown does a great job getting his RBs the ball in space. Pettaway will be the beneficiary.

Startups: He is currently being drafted between rounds 10-12

Supplemental Drafts: He is currently being taken between rounds 3-5