Kayshon Boutte is the next star receiver to come out of LSU, @MandrewH_ breaks down the possible WR1 in the 2023 NFL draft. 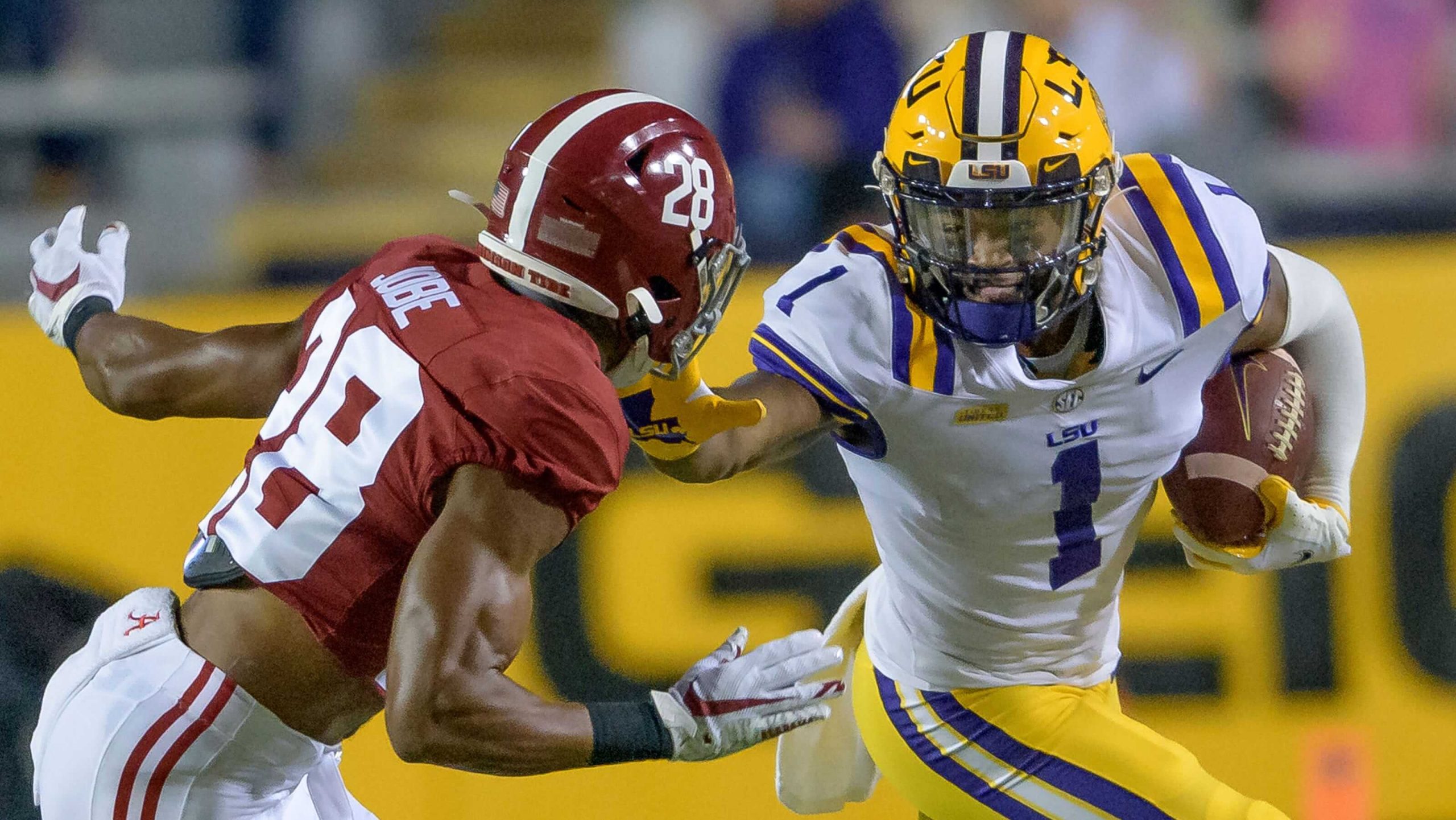 LSU has been on a rather inspiring run the last couple of years, producing NFL talent at the wide receiver position. Next in line is Kayshon Boutte.

After sending both Justin Jefferson and Ja’Marr Chase to the NFL, only for them to become top five in their position, many were left wondering who would be next. The next person in line is Boutte. He is a former 5-star recruit who decided to stay in the state and now is lined up for a massive breakout.

A New Number One for LSU

The departure of Chase from the program during its 2020 season due to COVID-1 left a hole in the Tigers’ offense which Kayshon Boutte had no problem filling in. The former Under Armour All-American freshman wasted no time getting to work. He would accumulate 735 receiving yards and score five times during a ten-game season in 2020.

That breakout freshman campaign left others clamoring for a bigger 2021 season but the LSU offense could not find itself. The entire season for the Tigers proved to be a waste, and they moved on from coach Ed Orgeron. With the arrival of new coach Brian Kelly and his offense, there should be some renewed hope around Boutte.

This receiver class has a ton of great route runners; Boutte may be the best. His flawless lower body mechanics is what sets him apart. His hips move effortlessly, and his footwork is never sloppy or working ahead of him. He keeps his feet under him and under control, not every receiver can lay claim to that but it can make a world of difference. Whether it is making a cut or break on a route or if it is making a sideline catch, Boutte’s smooth footwork can make or break a receiver and his route running.

This is the skill that reminds me a ton of Jefferson when I watched Boutte. The way he can create after he makes a catch is what gets your attention when you watch him. For Boutte, the blend of vision and speed is a lethal threat to defenses. We have seen how much it has helped Jefferson make an impact from day one. Expectations should and will be the same for Boutte when he jumps into the NFL.

I am remaining bullish on this WR class because the influx of young receivers has spoiled us to the NFL through college. That being said, Boutte is as real as they come when discussing WR prospects for the NFL. He has a complete skillset headlined by the traits we broke down above, but he is more than that. Wearing the number one at LSU means the staff respects you and sees the work you put in, and it also means your teammates hold you in high regard.

Winning a locker room over in the NFL is no easy task, and neither is winning over a coaching staff. All signs point to Boutte being able to do that so when you have a player like that they will also be able to earn a meaningful role right away. More play time means more pay time for you and your fantasy rosters.