Head Coach Eli Drinkwitz is hoping to reshape his football program to compete with powerhouse teams in the SEC. In order to do so, he needs his five-star freshman receiver to make a huge impact this season! Will Burden rise to the occasion or become just like the rest… 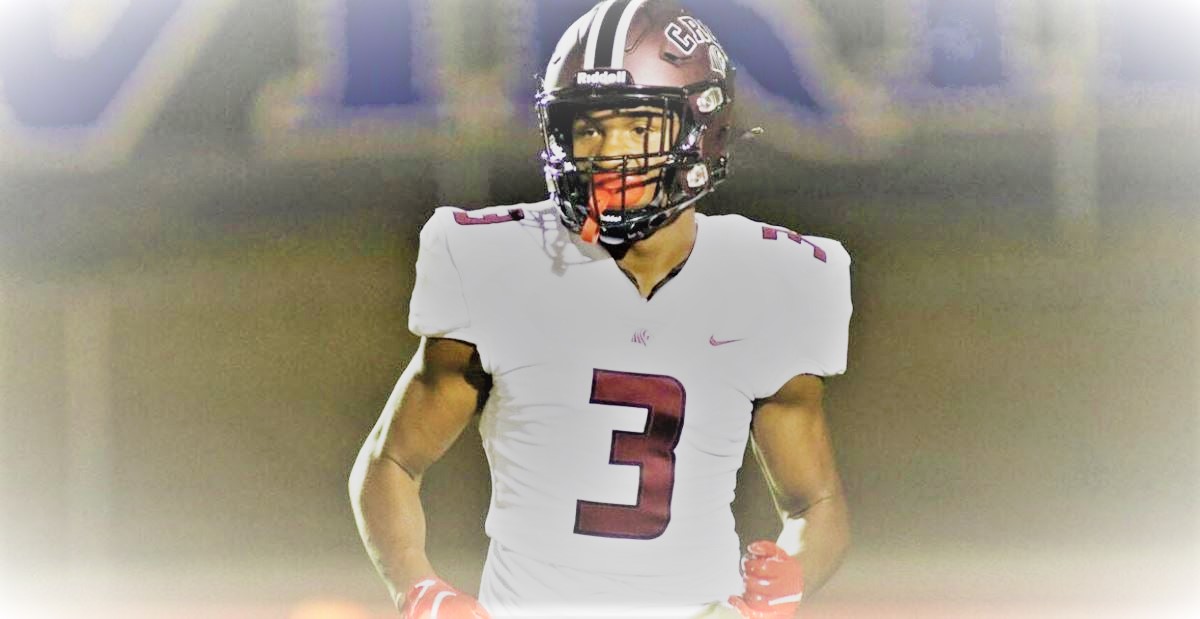 Luther Burden III is the highest-rated recruit that Mizzou has landed since Dorial Green-Beckham. Mizzou’s Eli Drinkwitz continues to add dynamic playmakers to his squad to compete with ‘giants’ in the SEC such as Alabama, Florida, Georgia, etc. The addition of Luther Burden III will give the Tigers a competitive edge on offense. With Burden lined up alongside former four-star recruit Dominic Lovett, look for the Missouri Tigers to shock a lot of teams this season! The hometown hero hopes to make a serious impact this season, both on and off the field.

In the Southeastern Conference (SEC), football is praised by the fans, boosters, and officials affiliated with the universities. Alabama, Florida, Georgia, Ole Miss, Texas A&M, and LSU are known as the top contenders in the SEC. These SEC teams are separated from the rest of the pack because of their ability to recruit, coach, and win consistently. Missouri has always struggled to compete with these powerhouse teams in their conference, stemming from a lack of coaching and recruiting services. Gary Pinkel’s Mizzou squad in both 2013 & 2014 was the last time the Tigers appeared in anything significant – the SEC Championship.

37-year-old coach Eliah Drinkwitz was hired to replace Barry Odom for the Missouri job in 2020, ending the season with a 5-5 record. Since then, Drinkwitz has been applying pressure in all facets of the game and continues to raise the bar. In the recruiting department, Drinkwitz and his staff flipped the 2021 four-star ATH, Dominic Lovett, from Arizona State. The move by Lovett was quite the surprise. Drinkwitz even got Lovett’s quarterback – four-star prospect Tyler Macon – to commit. Drinkwitz was so excited about the Lovett signing that he couldn’t hold back on Twitter.

Dominic Lovett went on to play all 13 games of his freshman season. He accumulated 173 yards on 26 receptions and 40 yards, 1 TD on 4 carries – underwhelming freshman season. Drinkwitz also improved his win record to 7-6 with impressive wins over Florida (24-23 OT) and South Carolina (31-28). Now with the new addition of 2022 five-star WR Luther Burden III, Drinkwitz hopes to take the Tigers to new heights and shock powerhouse teams on their way to the SEC Championship!

The five-star recruit from East St. Louis possesses elite intangibles that make him a nightmare for opposing defenders. Burden stands at 6’0” and weighs 200 lbs “even” – these measurements are average for the wide receiver position; however, Burden is physical and plays with a dominant frame. An accurate comparison of Burden’s frame and playing style would be 49ers, wide receiver Deebo Samuel.

Luther Burden is also a special teams dynamo! He can make multiple people miss in space and has the potential to take it to the house if he sees daylight. Burden has great speed to out-pace defenders, especially because of his ability to take the correct angles on his cuts. Though he has all the intangibles to dominate in various positions, Burden truly flourishes in the R-A-C (Run-After-Catch) area. Once Burden gets the ball in his hands, he becomes an instinctive runner and breaks tackles – similar to how Deebo Samuel plays in the NFL.

Throughout Burden’s high school career for East St. Louis, he set records that the state of Illinois hasn’t seen in at least 100 years – recording 71 catches, 1,190 yards, and 23 TDs in the receiving game (34 Total TDs). It is important to recognize the talent and potential that Burden brings to Mizzou. We haven’t seen an incoming freshman with an athletic profile like this in a long time. Drinkwitz will surely find a lot of ways to get this kid the ball!

What To Expect This Season

There is a lot to be excited about this college football season, including the Missouri Tigers offense now with Burden’s presence. Drinkwitz will want his offense to get off to a fast start this season to win big games. Expect explosive plays early on from the hometown hero, and watch how far he can go! Burden’s goal is to put his hometown state of Missouri on the map. I don’t think he will disappoint this season!