Michael Mayer is a breath of fresh air for the NFL at the tight end position, @MandrewNFL gives us his thoughts on the best tight end prospect since Kyle Pitts. 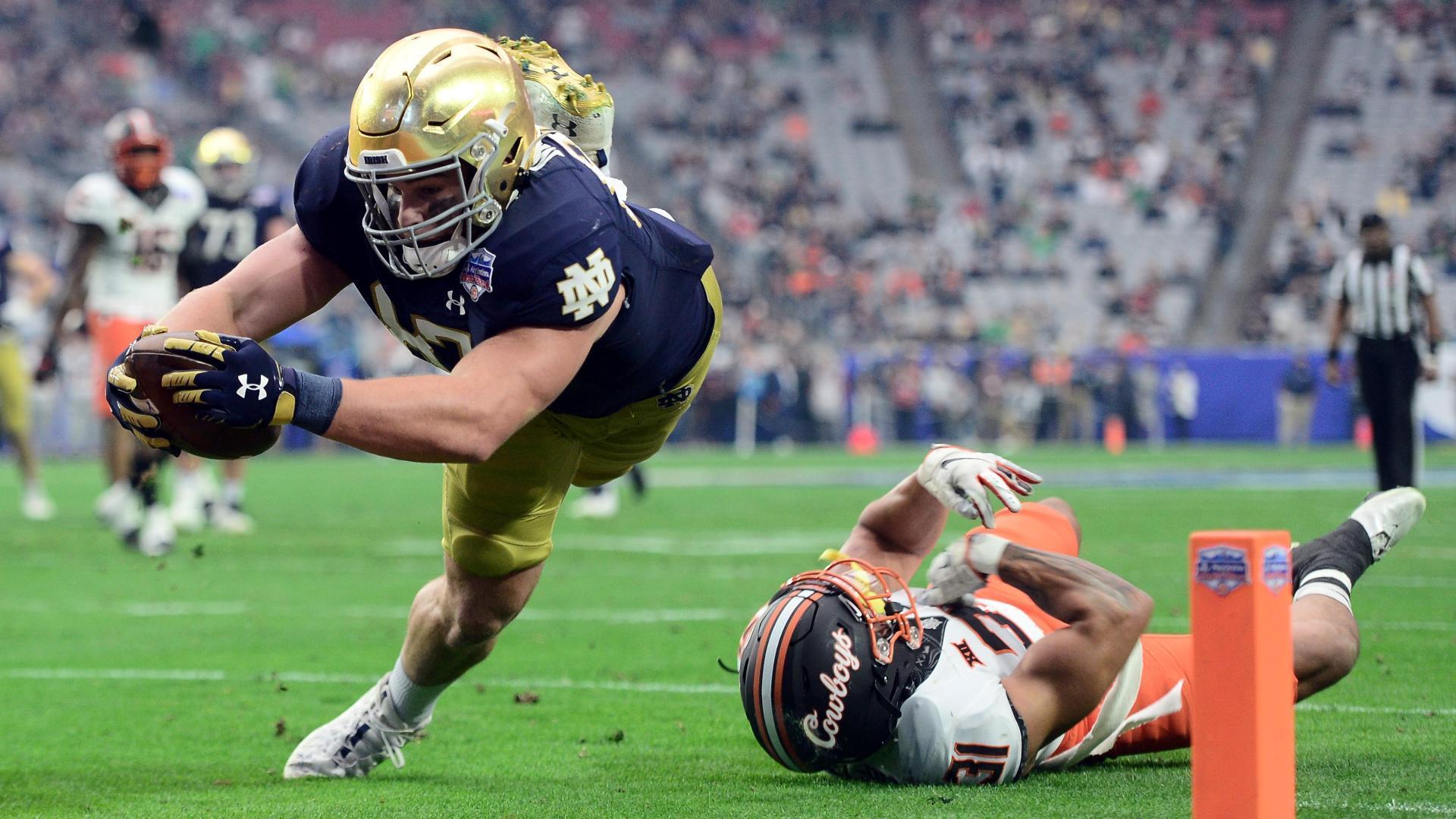 I am firmly convinced that Kyle Pitts has ruined scouting tight ends for all of us in the devy and draft community. We saw a perfect blend of receiving ability and blocking forms with physical blessings to give the world the ideal TE in today’s NFL. This year, we get the closest thing to a perfect TE since Pitts in the form of Michael Mayer.

The Return of a Day One TE?

Mayer has had people talking about him ever since he stepped foot on campus in South Bend. He was the second overall TE in his class, behind Arik Gilbert, and was the 32nd overall player. He quickly would carve out a meaningful role on the offense and was a vital part of their success in 2020. His most impressive game as a freshman came against Alabama in their national semi-final matchup. He would tally up to seven catches for 65 total yards.

What he did against that talented Alabama defense set him up for a larger role in 2021. Mayer saw his stats nearly double in every category. More than double for touchdowns going from two to seven, and he showed he is a complete TE. This coming year, Notre Dame will be having an overhaul with the new coaching staff. Offensive coordinator Tommy Rees may be opening things up even more for him.

Mayer can look stiff early in games like he needs to warm up before getting into a groove. Much like a boxer sometimes needs to be punched to know he is in a fight. The same goes for Mayer with football. Once he knows he is in a dog fight, his full-blown skillset flashes, mainly the receiving ability.

Mayer has a decent route tree, runs clean routes, and can maintain possession through contact while making contested catches. He can also find holes in the defense and has the speed to turn upfield and extend runs. He isn’t Pitts like we said, but he is the best receiving threat in the two years since.

The flexibility to play both in-line and off-line tight-end roles allows for Mayer to be a fit in nearly every NFL offense. That will enable him to be NFL Draft proof, which is few and far between prospects, especially with TEs. We rarely see complete TEs anymore with the way college offenses are run, but Mayer fits the bill. A refreshing prospect just as the NFL seems to be in need of more talent at the position as some old faces turnover.

Right now, he is my top TE in this class. Some people will have Gilbert as the top guy but he still has a ton left to prove. Mayer has the film, the high school pedigree, and has shown to be on an uptick in terms of development. The NFL loves TEs with his complete skill set, and yeah, we had Trey McBride last year, but Mayer is several tiers ahead of him.

A fun TE prospect is on the way, folks, this year or next, he will be making an NFL impact on day one.