This week Clemson and Tennessee had their first loss. Let’s take a look at the Devy Stock Watch for Week 10. This week is WR heavy and has a highly ranked QB on the slide. 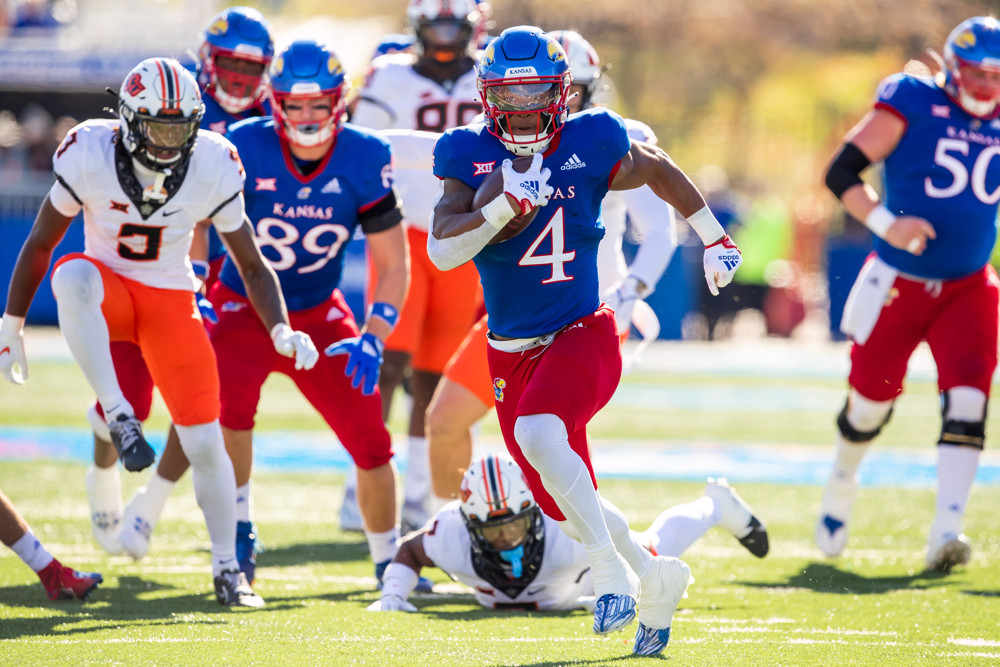 Week 10 had Clemson and Tennessee knocked off from the unbeaten in lop-sided games. Ohio State survived a scare, and TCU continues to keep winning. Let’s see who impressed and disappointed in the Devy Stock watch for Week 10.

Many thought that Neal was up for a huge year after his impressive freshman year, but he had not taken over the workload. He only had one game with over 100 yards for the first eight games. Against Oklahoma State, he had 38 touches for over 300 yards. It was great to see him have this huge game, and hopefully, this shows him taking the full lead-back role and can build on this going into his junior year in 2023.

Daniels had some hype at Arizona State after his freshman year but had fallen off as a Devy player. I did not think much of his transfer to LSU, but he is playing well and is a true dual threat. Daniels has over 600 rushing yards and 14 passing touchdowns with only one interception. He is completing passes at almost 70% and has led LSU to two straight top-10 wins. I am not sure how high he can move up the rankings, but now would be the time to trade him if you can.

Nacua has had a slow start to the season because of some injuries. In the past four games, he has made up for that. He has seven or more catches in all four games, and in three of four games, he has over 100 yards. It will be interesting if he can keep up this production and if he and Jaren Hall will enter the NFL in 2023.

Key is a very talented freshman who started off the season strong with a TD in his first three games. The Kentucky offense has struggled, and Key has not gone over 31 yards in five games. He finally had another big game with two touchdowns against Missouri. With a new offensive coordinator, I hope to see Key continue to be productive and the offense gets more explosive.

There is no question that the Illinois offense runs through RB Chase Brown, but Williams has been impressive this year, also. He has the best season of his career and four games of over 90 yards receiving. The passing game for Illinois is very vanilla and uncreative, but Williams shows great explosion and can make players miss. I think Williams could be a player that will be a much better NFL player than in college because of the limitations of his offense.

Hooker had been the Devy darling this year with Tennessee’s rise to prominence. He has improved his completion percentage and is set to break his TD mark of a season ago. Plenty of QBs have struggled against Georgia, so this is not the end for Hooker. It was still disappointing that the Tennessee offense did not perform better.

This pains me to put Tucker in this category, as I love him as a player. He is still a top-five RB in the 2023 class, but he has struggled the last couple of games. He has been held under 60 yards in two straight games and is averaging under three yards per carry. Part of this has to do with injuries to Garrett Schrader, but it does put a pause, at least, on him being a top three back in the 2023 class.

Thanks for checking out my devy stock watch for Week 10 of the college football season. Continue to check back every week as we will continue to watch the stock trends of devy players moving throughout the year. You can follow me on Twitter for all my devy content.