Two more weeks of the college football season left. @SportsfanaticMB continues to discuss the stock trends of devy players as we approach the end of the season. 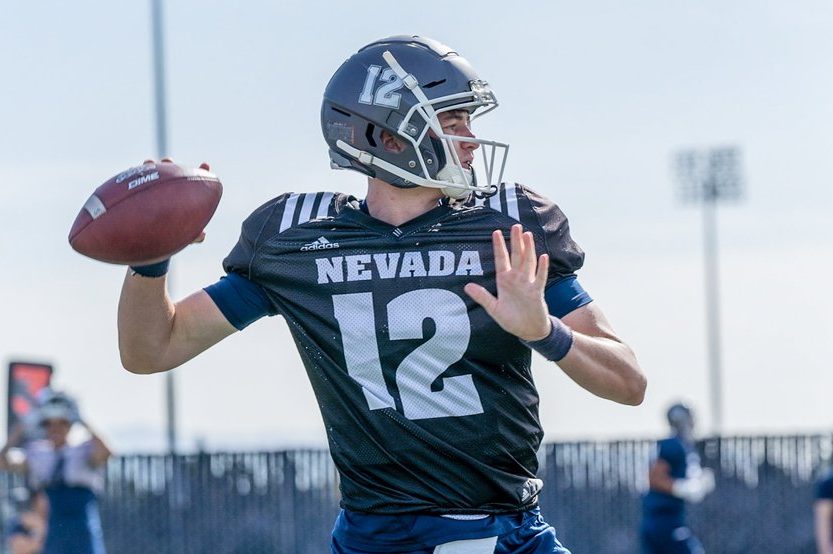 We’ve almost made it through the regular season in college football. With just two weeks left before we make it to Bowl season, it’s been a fun and interesting season, to say the least. Conference only games, players being out, schools having to cancel because of covid, and well even schools canceling because they don’t want to get beat. 2020 will go down in the record books as one of the weirdest college football seasons we’ve seen. However, players being able to perform and increase their draft stock has been one of the highlights of the season. Let’s take a look at who increased their stock in Week 13.

Carson Strong has been on an absolute tear this season in the Mountain West Conference. He’s taken a big step forward compared to what he did in his redshirt freshman season. He’s shown he has one of the strongest arms in college football and his placement of deep balls as well is fun to watch. Strong is eligible to enter the draft this year, but I believe he should come back to school and refine his skills some more. That all being said, he’s got the NFL size and arm to be a top tier quarterback.

Isaiah Spiller has been putting together a good season this year with the Aggies. We were able to see flashes out of him last year as a true freshman, and was a player I was excited to watch this year. He has not disappointed. In seven of his nine games this year, he’s rushed for over 100 yards, and his only bad game came against Alabama. Spiller is one of the more fun running backs to watch, with his ability to make defenders miss. Spiller has moved into the conversation as one of the best running backs in the 2022 class.

Much like his quarterback Carson Strong, Romeo Doubs might be a player we overlook because he plays in the Mountain West Conference. Since Strong took over as the quarterback last year, we have seen an increase in production from Doubs. He is currently putting up a 39.7% market share of receiving yards and is projected to run a 4.4 forty. You can see his speed and physicality on routes and the field. Most of his work has come from deep plays. Much like Strong, I think he should come back to school and continue to improve his stock. Many analysts consider the 2022 wide receiver class a weaker class. He could move up and be considered a higher-end prospect next year. Compared to possibly getting lost in the shuffle of the 2021 class.

Michael Penix Jr. is one of the quarterbacks that has been making a name for himself in this weird 2020 season. While he seemed to start slow in every game, he would eventually start to fire the ball all over the field. Many questioned his throwing style and mechanics. Yet every week, he continued to put up stats and help Indiana win games. Whether it was his deep passes or off-platform throws, Penix was fun to watch. Unfortunately, Penix was hurt in this past weekend’s game, and it’s been confirmed he has torn his ACL. With it being so late in the year, his availability for next season will be in question. All that being said, I would not sell low on Penix right now. He still has talent and upside.

Of the three running backs who came back to school last year, Chuba Hubbard has by far hurt his stock the most. Coming into the season, some issues popped up with his school and head coach, which also involved Chuba Hubbard. As the season started, Hubbard looked to be slow out of the gate but then went on a three game stretch where he started to look like the guy we saw last year. Then, unfortunately, we saw him fall off a cliff again. Now he is dealing with an ankle injury, and now it looks likely he’ll miss the rest of the season. Hubbard went from being a top-five running back last year, to at the beginning of the season, a top-three running back to now dropping outside of my top six running backs. Hubbard still has talent, and if he could land on a good NFL team, he could recoup some of his fantasy value for us.

This concludes my devy stock watch for week 13 of the college football season. Continue to check back every week as we will continue to watch the stock trends of devy players moving throughout the year. For all my devy content you can follow me on twitter @SportsfanaticMB, and on my podcast the Devy Debate and Fantasy Football Roundtable.