Devy: Things To Be Thankful For

In the spirit of Thanksgiving, @TheHQNerd stops in and tells us who we should be thankful for in devy. 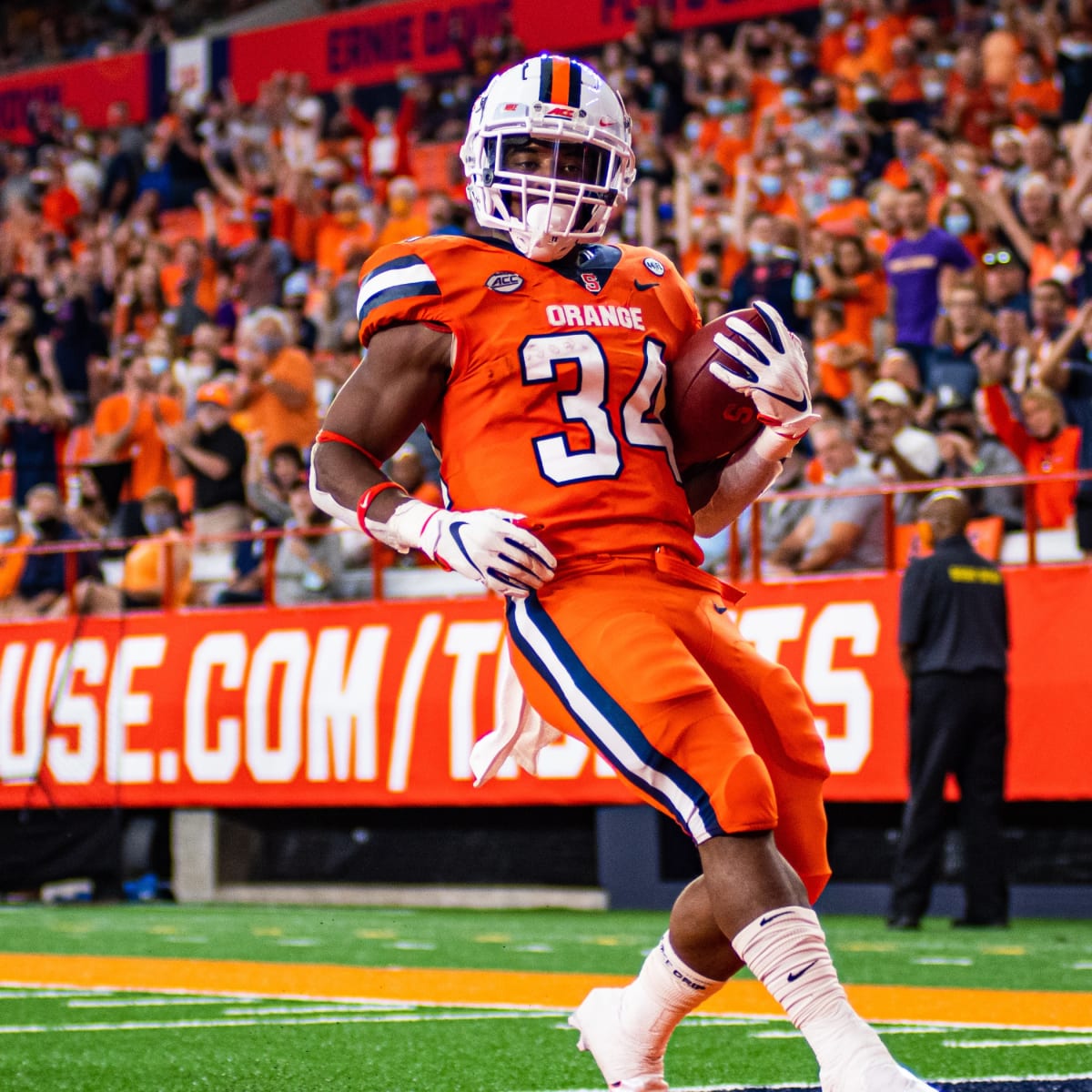 Gobble Gobble NerdHerd! It’s crazy to think we are already in Week 13 of the college football season and heading into the home stretch. What a fun season it’s been so far.

In the spirit of Thanksgiving, I wanted to recap what we should be thankful for in the devy community. Who’s brought a smile to our faces as we begin the holiday season?

Before diving into all the mashed potato and pumpkin pie one can handle, let’s jump into who we are thankful for the most in devy so far in 2021.

It’s nearly impossible not to love Tucker. Not only is he dominating on the football field, but he’s also quite entertaining to follow on Twitter as well.

Tucker has improved even more from year one to year two, leaping into the upper-tier of 2023 running back ranks. Tucker is third in the nation in rushing yards (1467), breaking Syracuse’s single-season rushing record. He’s added more production in the receiving game as well.

Like gravy on top of your favorite Thanksgiving food, Tucker is another name that boosts the already treasured 2023 running back class.

Young and Stroud had the unenviable task of replacing Mac Jones and Justin Fields this offseason. Competing for a National Championship is expected at Alabama and Ohio State. They both have delivered and are top candidates for the Heisman Trophy.

Not to be outdone, Young is completing 71 percent of his passes for 3,584 passing yards. Young has totaled 40 touchdowns to only three interceptions.

The exciting pair are two more reasons to be thankful for the 2023 rookie class.

It wasn’t long ago that I was writing about Wisconsin running back Jalen Berger as a sophomore taking a significant leap in 2021. Well, umm yeah, that didn’t happen. Berger isn’t even on the team anymore. True freshman phenom Allen has reaped the benefits of Berger’s departure and completely run away with the Wisconsin starting running back job.

Allen’s run for over 100 yards in seven straight games for the Badgers. He’s totaled over 1,000 yards in this ridiculous stretch. All the talk evolves around TreVeyon Henderson of Ohio State, and for good reason when talking about the 2024 running back class, but Allen is quickly joining the elite tier of those ranks.

It’s insane to think Braelon Allen is only seventeen years old. I, for one, am thankful for Allen’s meteoric rise in 2021.

You’d be hard-pressed to find a better trio of wide receivers than what Ohio State has to offer. The Buckeyes wide receiver room is stacked from top to bottom.

Leading the way is sophomore breakout Smith- Njigba with 69 receptions for 1132 yards and six touchdowns. JSN is followed up closely by junior wideout Wilson (60/939/11) and senior Olave (58/848/13). These three star wide receivers present matchup nightmares for Big Ten secondaries every week. They aren’t just statistical hype, either. This spring, Wilson, and Olave (both ’22 draft eligible) could go round one in the NFL Draft. At the very worst, one slips into round two. JSN will follow them up with similar draft capital in 2023.

Picking sides is never easy at the dinner table on Thanksgiving. Choosing between the triplets at Ohio State is the same thing. There’s one easy solution. Just enjoy them all.

The consensus that the 2022 incoming rookie class is down to compared to other years is a little overblown. In the end, the 2022 class will be top-loaded pretty sufficiently with substantial ability to help your dynasty teams. There’s a plethora of talent in this draft class at the wide receiver position.

Treylon Burks, Garrett Wilson, and David Bell lead the way. The class has been helped out a lot by the emergence of Drake London and Wan’Dale Robinson. It’s still very early in the process, but by my count, there’s a top twelve core that dynasty managers should be interested in.

I don’t know about you guys, but I’m full. Until next time. Thanks for checking in, NerdHerd! Enjoy your Thanksgiving!