With Brock Bowers and Michael Mayer being drafted as early as the 2nd round in Startups. What should you do after missing out? @Fanatics_Rich highlights some later options loaded with upside. 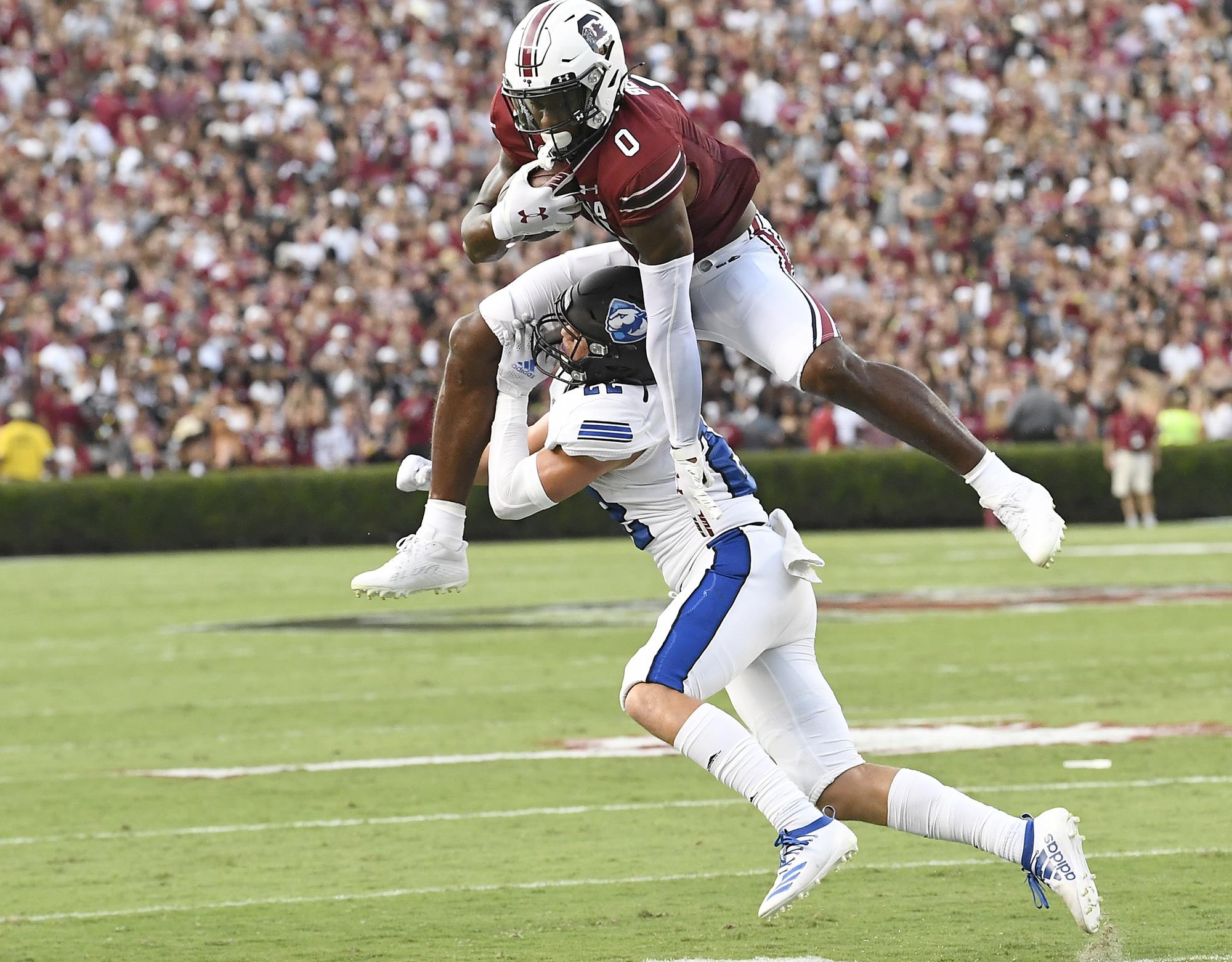 The tight end position in college football is perceived as a wasteland after the top two players, Michael Mayer and Brock Bowers. While others have yet to emerge, thinking the position a “wasteland” would be inaccurate. The ability to wait on tight ends in Campus to Canton (C2C) drafts gives the ability to stockpile skill position players (RB/WR) early in the draft. Once the draft is underway, which tight ends should be targeted? What part of the draft should they be chosen to maximize value? Below are four of my favorite tight end targets this off-season once Mayer and Bowers are off the board.

Michael Trigg is a former 4-Star recruit, according to the 247 Composite. Ranked the #4 tight end in the 2021 recruiting class, he chose to enroll at the University of Southern California, where he would spend his true freshman season. The 6’4” 240-pound tight end began to assert himself as a weapon in the Trojan offense before sustaining a season-ending knee injury. After his first season at USC, the program made several changes, highlighted by the hiring of new Head Coach Lincoln Riley. As a result, Trigg decided to enter the transfer portal.

Michael Trigg, along with quarterback Jaxson Dart, decided to bring their talents to the SEC and attend Ole Miss. They will link up with offensive guru Lane Kiffin as he looks to replenish the offensive talent moving onto the NFL. Trigg was able to enroll in time to participate during spring camp, as well as the Spring Game, where he dominated the Rebels defense throughout the game. Trigg was a focal point of the offense and was lining up all over the formation.

Round to Target: Late 3rd / 4th Round of Startup

Jaheim Bell is a former 3-Star recruit, per 247 Composite rankings. He was ranked as the #17 Athlete in the 2020 class out of Valdosta High School in Valdosta, GA. Bell chose South Carolina over Power 5 programs like Alabama, Oklahoma, Florida, and LSU. Being a former “athlete,” he will need to increase his weight to be a legitimate NFL prospect. He is currently listed on the South Carolina website as 6’3” and 230 pounds. Another 15 pounds will need to be added at a minimum. Bell was an important offensive weapon for an improved Gamecocks team, accounting for 497 yards and 5 touchdowns.

Head Coach Shane Beamer has been active in the transfer portal this off-season, adding former Oklahoma players quarterback Spencer Rattler and tight end Austin Stogner. In addition to these higher-profile players, Beamer has also added talented players like wide receiver Antwane Wells (James Madison), wide receiver Corey Rucker (Arkansas State), and running back Lovasea Carroll (Georgia). This cast of supporting players will create more room for Bell to work and prevent defenses from adding additional attention to him. Expect Bell to take yet another jump in his production heading into the 2023 NFL draft.

Benjamin Yurosek is a former 3-Star recruit, according to the 247 Composite rankings. The 19th ranked tight end in the 2020 recruiting class attended Bakersfield Christian in Bakersfield, CA. He received 11 offers from schools like Washington, Arizona State, Notre Dame, and UCLA. The 6’5” 231 pound tight end decided to turn down those offers and take his talents to Stanford. After a redshirt season in year 1, Yurosek broke out in a big way for a Cardinal team that struggled on offense. Yurosek was second on the team in receptions (43) while also leading the team in receiving yards (658).

Stanford looks to rebound after a poor 2021 season, finishing 6th in the Pac-12 North. Yurosek will be the main weapon in the Cardinal passing game and a favorite target of quarterback Tanner McKee. Operating mainly in the center of the field, Yurosek will be able to find soft spots when opposing defenses play Zone coverage. When defenses decide to play Man coverage, he will be a mismatch for opposing linebackers and safeties.

Ja’Tavion Sanders is a former 5-Star recruit, per the 247 Composite rankings. From Denton, TX, Sanders was the top-ranked Athlete in the 2021 recruiting class. He played both tight end and defensive end during his time at Ryan High School. Sanders was a sought-after recruit, as is customary with being the #1 rated athlete in a recruiting class. He received offers from top Power 5 programs like Alabama, Georgia, LSU, Ohio State, Oklahoma, and Florida. Sanders decided to join new Head Coach Steve Sarkisian at the University of Texas.

After a redshirt first season in Austin, Sanders is looking to make a Year 2 jump similar to Yurosek. Unlike Yurosek, Sanders finds himself in a high octane offense with plenty of weapons. Sanders also finds himself behind Alabama transfer Jahleel Billingsley on the depth chart heading into fall camp. This position battle is far from over. The 6’4” 253 pound Sanders will look to emerge and establish a role heading into the 2022 season. If Sanders can unseat Billingsley and become the top tight end on the depth chart, he could become the number two option in that Longhorns passing game behind Xavier Worthy.