Get into DFS with Cash Games

Are the fantasy playoffs out of reach? Season didn’t go as planned? @Culture_Coach tries his hand at DFS and you can follow along. 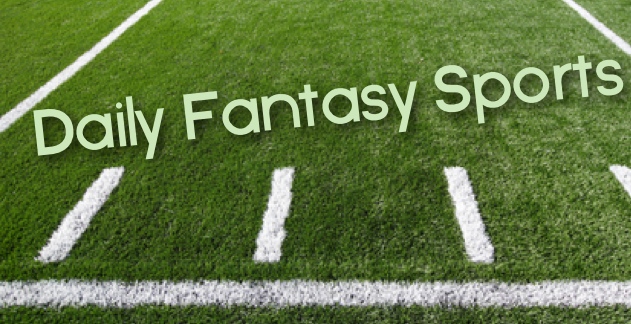 Have you ever thought about dipping your toe into the DFS games? Are you unsure about where to begin? Does it seem like you can’t possibly win? That is how I was too. Don’t sweat it. everyone goes through that at the beginning. I won’t pretend to be an expert, I am just going to share my learning the DFS game with you. As I learn it. Should be a fun ride.

Let’s work down the sections of the picture above. This is the filter to help you find the game you want to play.

The filter starts out with you deciding how much money you want to spend in contests. I’m not a high roller. I want to have fun. And hopefully win. I play usually $5.00 or under games. Like I said, I’m playing to have fun. I’m not betting more than I can afford or putting myself or my family at risk.

There are several different types of games. I am not well versed in multipliers, satellites, or really even tournaments. Tournament strategy is different than cash game strategy. Being pretty new at DFS, I stick with what I understand right now. As I get better I will look at the other types of contests. I play mostly 50/50 contests. This means that 50% of the people win and 50% lose. Easy, peasy.

You can play in contests that have tens or even hundreds of thousands of people in them. Or, you can play in contests with three or 24 or 100 people in them. I like the 100 person fields. That feels like enough people to make it competitive, but not enough to be overwhelming. One important note is the number of entries a single player can enter in a single contest. I play single entry contests. That means myself, and the other 99 contestants can only enter once. In some of the larger tournament contests you can enter up to a 150 times. That is the playground of the ‘professionals.’

I have a type. I like games $5 or under, 50/50 style, with a field of 100 or less, and single entry. No, I’m not going to buy a lake house with my winnings, but I’m also not having to replenish my bankroll every week.

Now that we have the objectives outlined–learn about DFS, have some fun, make a little money along the way. Let’s build a lineup.

What is a lineup?

DraftKings, or DK as they are often referred to 50/50 contests use a $50,000 salary cap and a typical fantasy lineup.

One of the strategic differences between 50/50’s and tournaments is the importance of roster differentiation. In 50/50’s you have to be better than half of the field. In tournaments, if you want to win, and win big, you have to find a way to differentiate your lineup from the other contestants. It is about finding lower rostered players. But back to the 50/50’s.

We can see the ‘average’ salary of $5,555 per player. If you think about your dynasty teams, your not likely to win a lot of championships if all of your players are average. We need to build the lineup with some studs (expensive) and some guys that we expect to have a good week, but are lower priced (cheap).

How did I get here?

So, you’ll notice I made very big buydowns– Josh Reynolds ($3400) and Brevin Jordan ($2500). The term buydown refers to spending less on a player so you can spend more on another player. Buydown decisions should not be taken lightly. It is not just a throw away. I’ll explain the choices as I work through the lineup.

Carr is the 11th highest priced QB this week. DraftKings has him projected to score in the top third of QBs. Carr and the Raiders are going againstthe Washington Football Team. WFT is giving up the most DK points per game on the season. While the matchup is juicy, the receiving corps for Carr is struggling. TE Darren Waller is out, WR Bryan Edwards can’t seen to get on the same page. Henry Ruggs wasted his career. That leaves Zay Jones, Desean Jackson, and Hunter Renfrow at WR and Foster Moreau at TE. On the season Carr checks in with the 12th most DK points at the QB position. The WFT gives up the most DK points to QBs so I expect Carr to outperform his cost.

Others considered- Carson Wentz vs. Houston $6100 and Jimmy Garoppolo vs. Seattle $5700

Running back is the position I decided to pay up for. Ekeler (2nd), Mixon (3rd), and Mitchell (11th) are top 11 in RB cost. The Bengals/Chargers matchup pits two RBs who dominate touches going againast teams giving up the 6th most (LAC) and 8th most (CIN) DK points to RBs. I added Mitchell, as my flex, who is going against the Seahawks who are giving up the 2nd most DK points to RBs. When I look at the matchups, RBs are the position to invest in for Week 13.

Others considered- Alexander Mattison vs. Detroit $7600 and Antonio Gibson vs. Las Vegas $5700

The Chris Godwin investment leads the way in the WR room. At $6600 he is the 11th highest priced WR on the board. Pittman checks in as the 21st highest priced WR. In regular fantasy football terms I have a WR1 and a WR2. Josh Reynolds is the first buydown on the team. Checking in at $3400, Reynolds has considerable risk.

Reynolds played 88% and 90% of the snaps the past two weeks after signing with Detroit on November 5th. He was held catchless in the Tim Boyle game, but went 3/5 with 70 yards and a TD in Week 12 with Jared Goff back. The Lions WR group is a rag-tag bunch but the opportunity is there for Reynolds. The Week 13 opponent, Minnesota gives up the most DK points to WRs. With no D’Andre Swift and the Lions expected to be playing from behind the games sets up for Detroit to have to pass.

Pivot. Is there a term more severe than pivot? This was the biggest buydown. The hapless Texans will be overmatched by the Colts. Houston does not have much past Brandin Cooks and the TE room has been hit with injuries and ineffectiveness. Jordan tied for the team lead in TE snaps in Week 12 and out targeted the other TE 3/1. That is not a lot of production but at that price you don’t need much. For good measure, Jordan is matching up against the Colts who give up the 4th most DK points to TE on the season.

Others considered- Foster Moreau vs. Washington $2700

When looking at a DST you want more than just not giving up points. Getting turnovers gives a boost to the scoring. With Daniel Jones out with a neck injury, journeyman Mike Glennon is making the start. The surging Dolphins defense should be able to produce a couple of turnovers and sacks.

Others considered- Tampa Bay vs. Atlanta $3500 and Indianapolis vs. Houston $3700

Thanks for following along. I’ll update the article after the games to see how the lineup did.

Give me a follow on Twitter while we learn DFS together. You can hear me weekly on The Fantasy Football Roundtable podcast on The Pigskin Podcast Network. You can give DraftKings a try here. New customers who bet just ONE DOLLAR on any team to score can win ONE HUNDRED DOLLARS IN FREE BETS by using promo code TPPN.

Leading Teams In The Betting To Win The Super Bowl
The end is only the beginning
Training Camp Sale!