Donovan Edwards did not have a big Freshman Season but his talent is undeniable. Check out why the Devy Hype is Real. 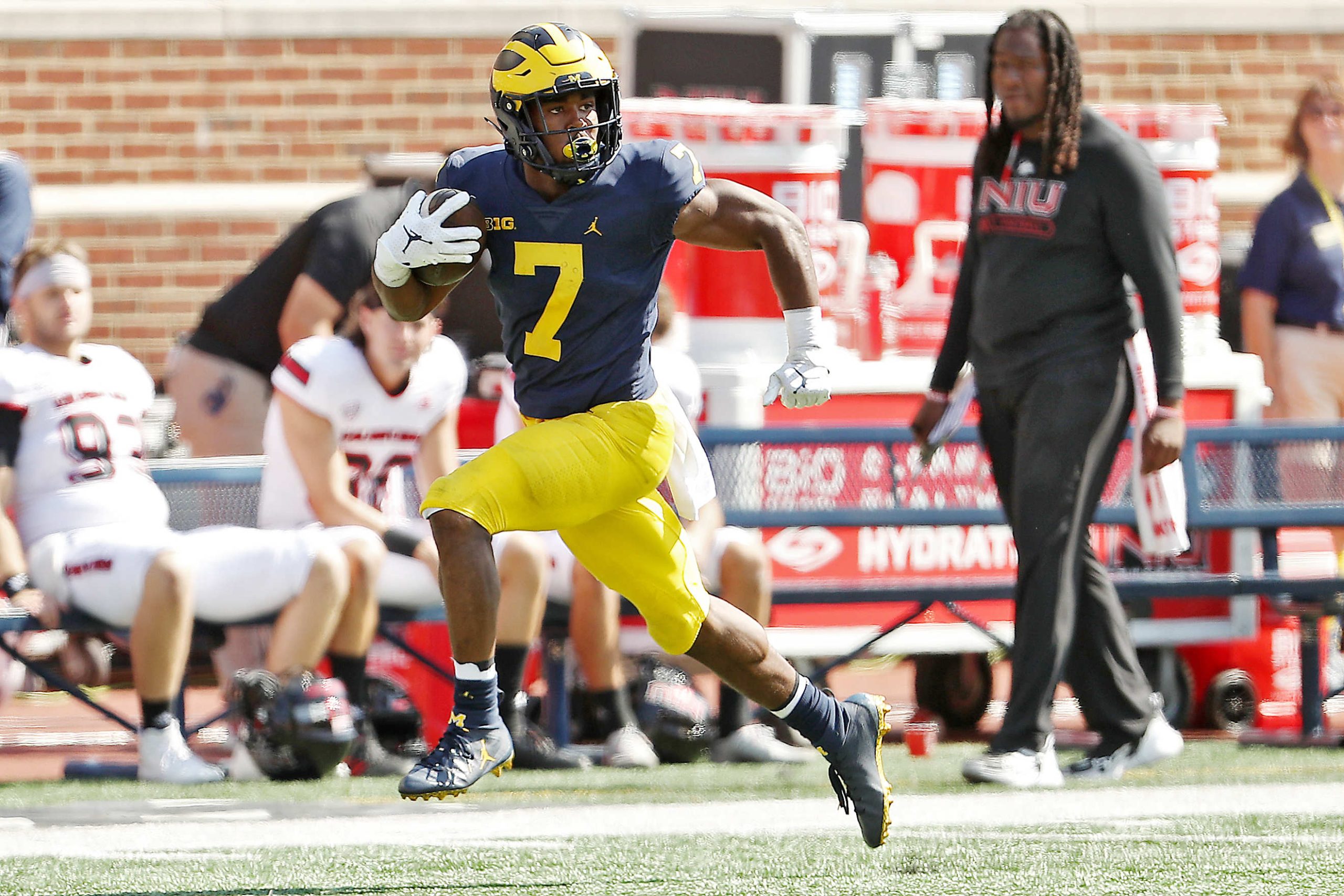 Treyveon Henderson, Braelon Allen, and Will Shipley burst onto the scene in 2021 and put themselves at the top of the 2024 running back class. Another name to remember is Donovan Edwards. He was the fourth-ranked running back in 2021, with offers from almost every big-name power five school. He did not have a huge freshman season but let’s look at why he should be on your Devy target list.

The Wolverines in 2020 stumbled their way to a disastrous 2-4 finish in a Covid shortened year. Even with that struggling year, Donovan Edwards decided to pick the Wolverines, and many thought he could lead the backfield. That did not happen, as Blake Corum and Hassan Haskins led a reinvigorated running game.

Early on, Edwards played sparingly but did have a strong performance of 86 yards and 2 touchdowns in mop-up duty against Northern Illinois. He missed a couple of games mid-season and looked like he may not show much in 2021. Then in a game against Maryland, Edwards showed off his great receiving talent. He ended up with 10 receptions for 170 yards and a touchdown. He would only get 16 more touches in the last three games of the season but showed flashes of why he was ranked so highly.

Donovan Edwards dealt with some nagging injuries and was behind two great backs in 2021. Because of that, he only touched the ball 55 times, so the scouting report is a limited sample.

Hassan Haskins leaves Michigan in 2022 to the NFL, so that clears the way for more time for Donovan Edwards. I see Blake Corum being the lead back after rushing for almost 1000 yards and 11 TDs in 2021. Michigan will still use a tandem running back combo again. Edwards should get plenty of opportunities to show his running improvement on tape. Where I think he will be even more utilized in the receiving game. Edwards lined out wide quite a bit in the spring game and made a great catch down the field.

I could see the Wolverines using Edwards, very similar to how the Bulldogs utilized James Cook in 2021. While he will not eat a lot into their carries, Tavierre Dunlap could be used in short-yardage and goal-line situations. He is a 3-star recruit who scored a goal-line touchdown in the spring game.

In a recent Devy startup, Donovan Edwards was the 6th running back taken and 19th overall player. He shows up in our Devy Rankings as the 9th running back taken, so the hype is starting. It may seem crazy to pick an unproven player that high, but it may be the lowest you can get him. He is going to see an increase in production in 2022. In 2023, he will be the lead back and way more expensive. In this year’s draft, we saw how the NFL thought of James Cook and his receiving talent. Edwards already is showing that skill set and has more potential to be an every-down back.