Draft Day Digest: A Superflex Startup From The 1.04

The Draft Day Digest has another installation – this time, Dan Toomey attacks a Superflex draft from the 1.04 draft slot! 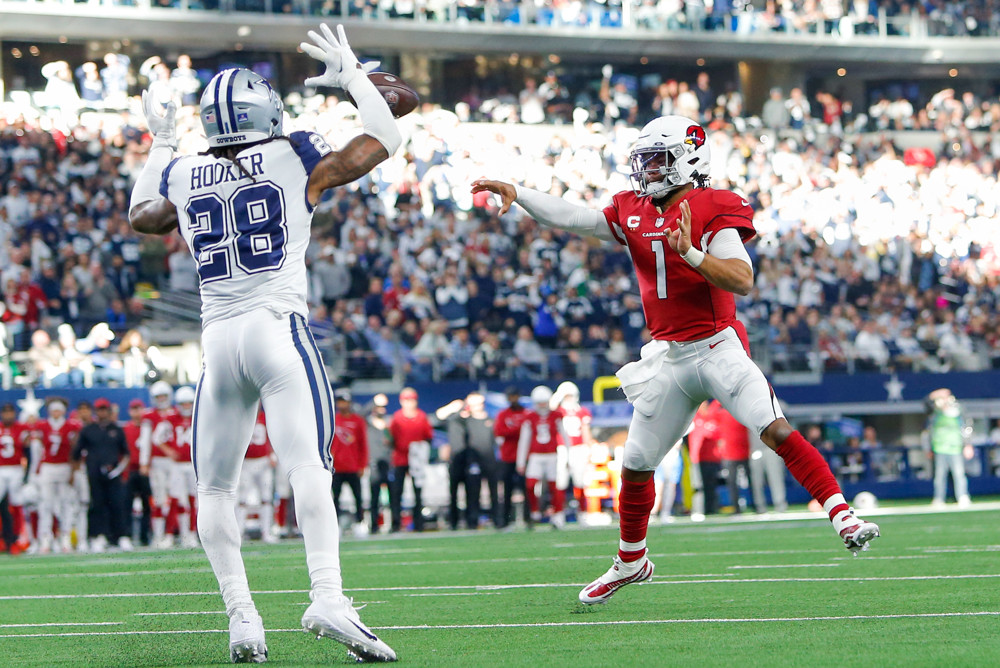 Startup drafts are arguably one of the most exciting parts of a dynasty, an opportunity to mold a team that you will hopefully be holding onto for a long time. As we enter dynasty summer and the rookie draft season begins to close, we all feel a strange itch for startups. Fantasy players love drafting, and if your rookie drafts have come to a close but redraft leagues haven’t begun population yet, that leaves a chance for new startups. In this series, we will examine a startup and discuss strategies to help us win in year one and the long term.

For this startup, we are doing a Superflex/Tight-End premium league. We will be drafting from the 1.01. This draft was 15 rounds long. Roster settings are QB, RB, RB, WR, WR, WR, TE, FLEX, FLEX, SUPERFLEX.

To start my dynasty squad, I wasn’t going to go with any position besides QB in the first round. I had to decide between Lamar Jackson, Joe Burrow, and Kyler Murray. I have all three in the same tier, and the tiebreaker goes to Murray due to age. There is some uncertainty for him and Lamar going forward, but I am confident both will work out long-term deals with their respective franchises.

I was hoping to nail a tier-one WR here, but unfortunately, they were all selected before my pick. So we must pivot and grab our second QB. Wilson may fall on the older end of the QB spectrum, but he is set up to have an excellent year. He is finally getting out of the Pete Carroll offense and has the chance to be fully unlocked. This Denver team will be on must-see television every week.

Hall is in an exciting position in startup drafts right now. He falls at the tail end of the elite RBs, but a successful season will find him at the top of that tier. He is only 21 years old and makes an excellent anchor as the RB1 for this dynasty squad. The New York Jets are on the rise, and hopefully, Breece can have an outstanding rookie season.

Our first WR came around in the fourth round. Johnson is in a particular tier of talented young WRs with concerns about the QB position. That tier also belongs to DJ Moore and Terry McLaurin. The optimist in me likes to think that alphas eat first, and he will be able to overcome any QB play. If Allen Robinson could do it for all those years, I am sure Johnson can as well.

I was tempted to grab Etienne and solidify my RB room with two young, possibly elite players. Still, since we start three WRs, I must continue picking up young players at that position. Pittman has all of the traits of an alpha. He is now paired with Matt Ryan, who has a propensity to pepper his alpha with plenty of targets.

Allen makes the most sense here for our third starting WR. We already have two young pieces on the verge of breakouts. Mooney would have been the selection if I had drafted a veteran before this.

As stated before this selection, we must balance veterans with youth. Last round, we picked up Allen to provide some veteran stability, so it is back to the youth and upside play. With the departure of Marquise Brown, Bateman is set up to have a breakout year as Lamar Jackson’s alpha wide receiver. It may be a low-volume passing attack, but targets will be consolidated between Bateman and Andrews.

We eventually had to fill the hole at our second RB position and think this was the perfect time to do so. Edwards-Helaire has very little value in the dynasty community right now, which explains his availability at the end of the eighth round. If reports of his lack of weight due to stomach surgery are true, he should be in for a bounce-back season. We should also see more targets for the running back position in Kansas City this season.

As mentioned earlier with Johnson, Robinson has been dealing with subpar QB play his entire career. The list isn’t great: Blake Bortles, Nick Foles, Mitch Trubisky. Now he gets paired with Matthew Stafford and this high-volume Rams passing attack. Robinson is in for a big year and will be an excellent veteran piece if one of our younger players doesn’t produce like we hope this upcoming year.

Gallup was just signed long-term in Dallas, and it appears it will be him and CeeDee Lamb for the foreseeable future. Gallup will likely start the season on the PUP, but that is okay. He provides a nice youth piece that can eventually replace the production we are getting from Allen or Robinson. Gallup landing on the PUP will also free up a bench spot for us early in the year to pick up and break out rookies on waivers.

Ryan will be the perfect third QB option for this squad. He will provide stability during bye weeks, and god forbid any injuries to arise. He will also be an excellent stacking option with Pittman when plugged into our starting lineup. This is the best roster he has had in a long time, and he should produce QB2 numbers week in and week out.

With our draft strategy going so light on RBs, we must take multiple dart throws in the later rounds with ultimate upside. There is no upside better than a Kyle Shanahan RB. Elijah Mitchell had a fantastic rookie year last year as a sixth-round NFL draft pick. He was able to relegate third-rounder Trey Sermon to the bench. Can Davis-Price pull off the same feat? I honestly don’t know, but in the twelfth round, it is a lottery ticket I am willing to buy.

Njoku is my late-round breakout TE this season, and I am drafting him everywhere. The departures of Austin Hooper and Jarvis Landry open up many targets in this offense. We are also in round thirteen of a startup, so if this gamble doesn’t pay off, we don’t have too great of an investment in this selection.

To end the draft, we will double-tapping our biggest weakness, the RB room. Early reports are that Marlon Mack is leading this backfield. That might not be worth much, considering the state of the Houston Texans roster. Mack has the talent to produce.

With our final pick, we grab another Shanahan lottery ticket. As mentioned, Sermon was an early-round selection in the 2021 NFL draft but was supplanted by Mitchell. Were we a year too early on Sermon? For the price tag of the fifteenth round, it doesn’t matter. If he doesn’t see a significant snap share in Week One, we can drop him for a waiver wire pick-up.

It’s the rookie draft time! Want exclusive access to my rankings and those of over twenty fellow analysts? Subscribe to the #NerdHerd, where you get exclusive content, dynasty/rookie rankings, and DynastyGM! If you want 15% off  ANY SUBSCRIPTION, USE PROMO CODE ‘LUNA’ or CLICK HERE.

I hope you enjoyed this startup mock draft. For more content like this, be sure to give me a follow on Twitter @DanT_NFL. DMs are always open for any questions, comments, or craft beer recommendations!