Draft Day Digest: How to build a Superflex team from the 1.02

Start up season is here. @MandrewH_ shows you how to build a dynasty team from pick 1.02 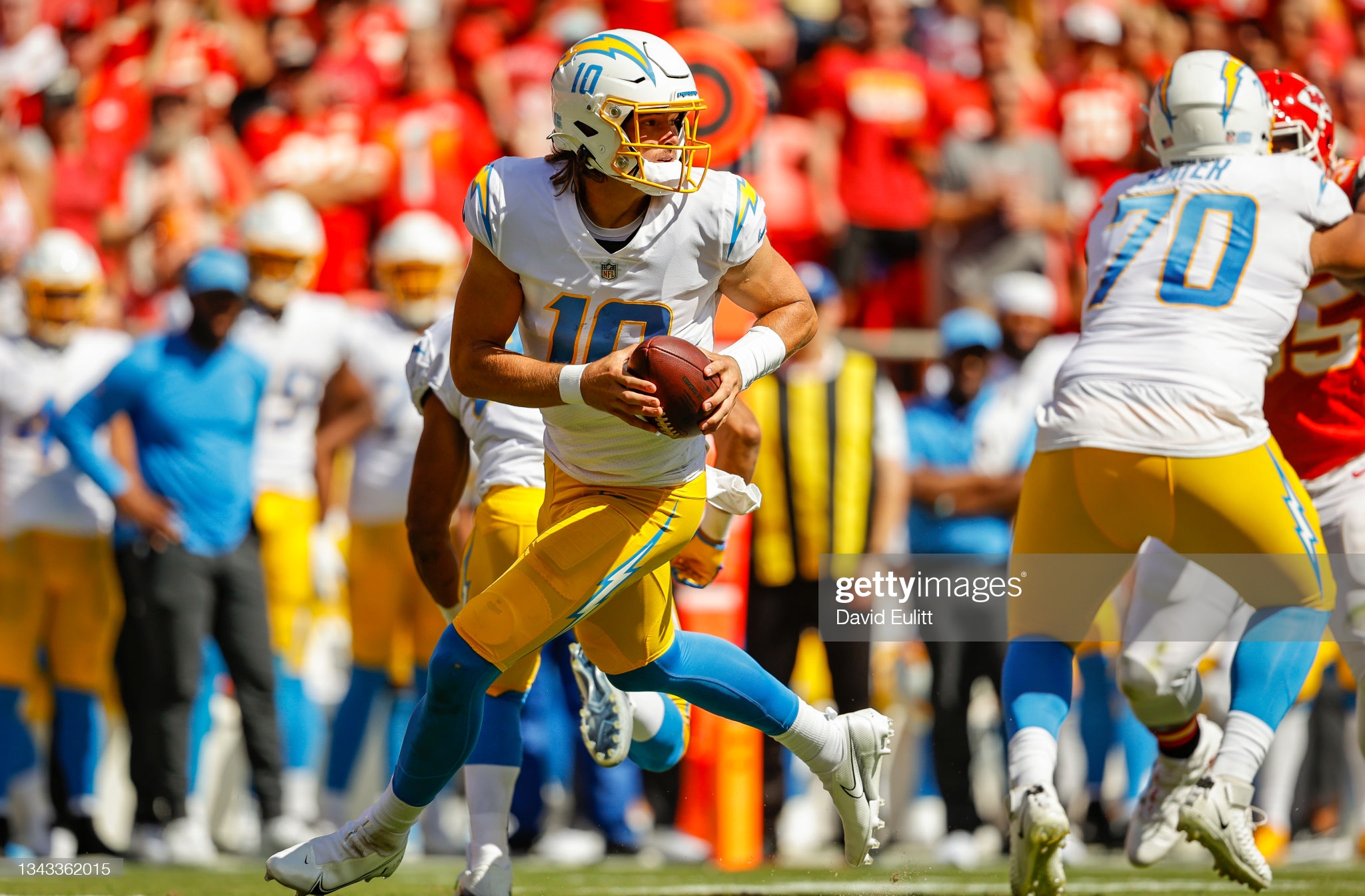 Startup season is upon us!

There is no better feeling than draft day, but it is even sweeter in a dynasty league. You are drafting a team that isn’t like any old redraft team. You are making a commitment. It is a marriage, and like marriages getting fantasy rosters annulled can be pricey.

Also, like marriages, they can be fun! The roster you lock in will certainly not be the same roster you play around with when the season rolls around. You will have downtimes this offseason where you will be thinking to yourself. This needs a new face.

Don’t forget the training camp videos. Those things are like dynamite to a dynasty roster.

There is a cure to getting caught up in the noise, and it requires two steps. One is spending a lot of money on a sensory-deprivation chamber like Daredevil. The other is, drafting good players. Look, we know that drafting a good team is easier said than done. There are tough decisions to be had, and that is why you trust us here at Dynasty Nerds!

We have the latest ADP from the world-renowned Sleeper, and we are going to run you through who we feel should be your pick in a startup draft when picking from the 1.02. We will be going through 15 rounds of a Superflex startup draft with ten starting players and five bench spots. The lineup specifics are below. And with that, let’s dive into this dynasty Superflex mock draft!

When you have the 1.02 in a dynasty Superflex mock, or real draft for that matter, you need to prioritize quarterback. I love Justin Herbert and Pat Mahomes, but I like what Los Angeles is doing for Herbert more than what Kansas City is doing for Mahomes. Not to mention Travis Kelce is entering a contract situation and a unique age problem for tight ends. Give me Herbert with his strong offensive line and a litany of weapons around him.

I have to be honest here; Deebo Samuel makes me nervous this early. The ultimate home run chance by picking him here because we don’t know how the 49ers will use him or how someone else will. Reports were he wanted to be used less in the run game, that is fine, but the change of scenery is what needs to be monitored.

Going from a home run threat to a bonafide hit, we know what Jaylen Waddle is and can be at this point. Yeah, he will be fighting with the new Dolphin Tyreek Hill for Tua Tagovailoa’s attention, but I believe in the Alabama connection. I love Waddle in any format, but here in this dynasty Superflex mock draft, I think this is the perfect spot. Yes, going with a younger quarterback like Trey Lance or a veteran, proven running back like Dalvin Cook would be nice. However, Waddle has shown to be the real deal, and his potential with McDaniel is endless.

I was a big fan of Kenneth Walker coming out this year in the draft. I became an even bigger fan with his landing spot. J.K. Dobbins is on the board with Baltimore, but the difference between the two is simple, health. The Seahawks have always been a run-first team, even before the trade of Russell Wilson, but now they seem to be all in on the idea. Walker will have to compete with Rashaad Penny this year for caries, but Penny is on a one-year deal. Not to mention, Chris Carson is lingering on retirement due to his neck and isn’t meant for the long haul. Long-term, the Pacific northwest will belong to Walker solely sooner rather than later.

I am a big fan of the value that Diontae Johnson has this year. The Steelers finally have a quarterback to throw him the ball downfield. No matter who is tabbed the starter, I think we should see a ton of targets going Johnson’s way, so this could easily be a guy you get in round five now and get several years of WR1 production out of him.

This pick probably won’t be a popular one but hear me out. Ezekiel Elliott has shown that he can still have some gas in the tank when needed, Tony Pollard is hot on his tail, but I think we are a year or two out from that takeover.

This is my favorite pick in this whole mock. We already have our three starting receivers at this point, but Jameson Williams here provides a fun flex play while also being a long-term play at a starting wide receiver spot. He may not be his explosive self this year, but long term, we should expect him to be the center of the Lions’ passing game. Marquise Brown will be a lot of people’s pick here, especially with the Deandre Hopkins suspension, but see the big picture here with the big payoff in Williams.

Not the best option as your QB2 on this roster, but in a Superflex draft, the quarterbacks tend to go quicker than they should. Ryan Tannehill will have the starting job this year and probably next due to his contract. After that, it may come down to Malik Willis, but who knows what could happen between now and then. If you go after Tannehill, be sure to go after Willis later in the draft.

The Dolphins are still working on getting a long-term extension done with Mike Gesicki. Until that is done, his draft stock will be all over. All signs point to Miami getting a deal done eventually, but if they don’t, I wouldn’t worry. Talent-wise he has shown he can be a top-five tight end in the league. He just needs the targets. This new Mike McDaniel offense may be the trick to get him there.

The Cowboys will remain a pass-happy team, with the marriage of Mike McCarthy and Dak Prescott being the main reason. Prescott tied a career-high in attempts last year in 596, and with the departure of Amari Cooper, even more of those have become available. Yes, they signed James Washington, and they have CeeDee Lamb, but I expect Gallup to be WR1A alongside him when he returns from injury. He signed an extension, too, so this is good value here in this dynasty Superflex mock draft.

Taking a veteran here over two rookies may not be a popular choice in a dynasty draft but look at who else is available. He won’t be your best pick, but someone needs to take Adam Thielen, so it might as well be you. Thielen this week talked about how excited he is for the new offense in Minnesota. He has maintained his production alongside Justin Jefferson, but at his age, a drop-off has to be coming sooner rather than later. Until then, just enjoy what production you get from him and see if someone sends a trade offer over.

One of the riskier picks in this dynasty Superflex mock draft but one with a ton of potential. Tyrion Davis-Price shocked a lot of analysts when he was drafted as high as he was, but he could not have gone to a better running system. Despite the loss of Mike McDaniel, Kyle Shanahan remains, and that is enough for me. The team lost Jeffrey Wilson and Raheem Mostert in free agency, leaving the RB2 spot alongside Elijah Mitchell open for the taking.

Tyler Boyd has never got the respect he deserves in fantasy. In this dynasty Superflex mock draft, that case remains. He had his best year last year alongside Ja’Marr Chase and Tee Higgins, and the receiving trio seems to be set. Joe Mixon is getting older, and they lost C.J. Uzomah in free agency. Be sure to have a share for when that happens.

One of the quietest benefactors of the Matthew Stafford trade in the Rams offense last year was Tyler Higbee. Higbee saw consistent red zone targets, which was the case before and after the team added Odell Beckham Jr. The team added more weapons this offseason in Allen Robinson, but this won’t scare me off of Tyler Higbee as a late-round dart throw here.

Other Options: Jarvis Landry and Sam Darnold
Why overpay for Christian Watson in the early rounds when you can get the value in Romeo Doubs. Doubs was a late-round pick with a ton of production while at Nevada. Aaron Rodgers has shown an affinity in the past for guys who come in and work. By all accounts, Doubs fits the bill. If he can come into camp and earn Rodgers’ trust, we may see Randall Cobb 2.0 here. The best dart throw available at this point is a dynasty Superflex mock draft.

In Justin Herbert I have arguably the best young passer in the league at quarterback outside of Joe Burrow. The Chargers have shown they are fully committed to Herbert and have built around him perfectly. Tannehill, as I said, isn’t the best Superflex option, but he is more than serviceable for the time being.

Running back was a position that I waited on, but a youthful infusion should allow for some high price payoffs. Elliott is a big mystery in terms of what may happen to him, but for now, he can be a more reliable veteran presence in an otherwise youthful running back group. The big payoff could be on Davis-Price, don’t sell or give up on him too soon, as Shanahan makes his rookies earn their roles.

Lastly, the receiver and tight ends. The perfect blend was created in these groups of young and old. The picks of Waddle and Williams will be the keystones to this roster in the next year or two. Both guys are touchdowns waiting to happen and should be quarterback proof no matter who Miami or Detroit get. Guys like Boyd and Thielen may be short-lived on this roster, but between being guys who give an immediate return while eventually being trade bait, win-win.

This is a great roster to look over through 15 rounds of any dynasty draft, especially for starting at the second pick. You can’t really mess up your first pick, so focus on what you do beginning in the second round going on.