Another mock draft, Dwight Peebles tackles the WFT for this 2022 Mock and fills a giant need in Round 1! 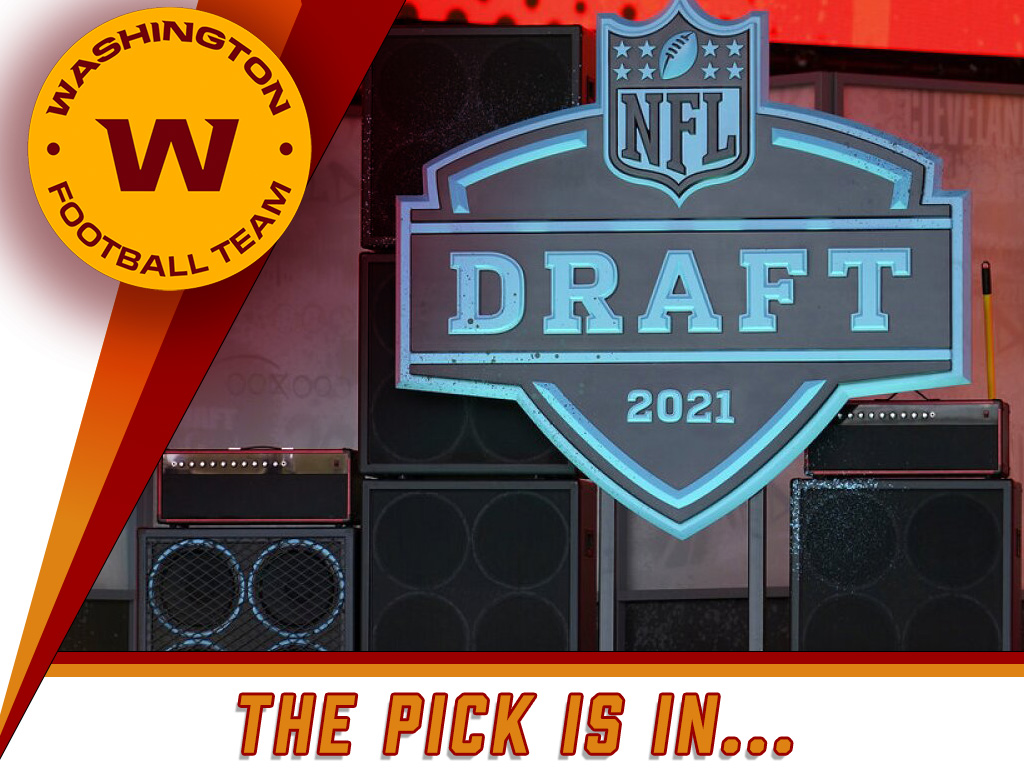 The draft order used in this article reflects the order before NFL Week 16. Credit to the mock draft simulation goes to The Draft Network. Team needs are also generated from this site. Compensatory picks have not been assigned and will not be included in this exercise.

It feels like a QB is the most significant need, and we could see tremendous advances with the Washington Football team when that is addressed. The defense has a stellar cornerstone to build around in Chase Young, and the offense has studs in Antonio Gibson and Terry McLaurin. Logan Thomas is a solid tight end, if he can stay healthy. There is a solid base to build on, and this draft helps in several areas.

Of all the mock drafts I have done, this pick in the first round is my absolute favorite. Matt Corral was on the board, too, and he’s my QB one, but I feel like Howell would be a better fit for the Washington offense. Howell is safer, in my opinion, and will need less time to ‘grasp’ the NFL game. The offense at UNC was closer to what the team will run, and Howell could be effective from Day 1.

Howell has a great arm, can make any throw, and showcased the ability to run this season. He works through progressions and has a quick release. Howell leads receivers with his throws, and his mobility helps him extend plays. There aren’t many detractions to his game, Howell struggled a little in 2021, but the team replaced nearly its whole offense around him. He wasn’t as efficient, and I would have liked to see him elevate the Tarheel offense better – but I didn’t think he was atrocious.

Johnson is an older prospect, having spent two years at a JUCO and then three seasons at Boston College, but is one of the better interior line prospects in the class. He excels in run blocking – using his power and leverage well, despite only being 6’3”. Johnson repeatedly overwhelms his opponents, and he plays with a nasty disposition. He may need some time improving his football acumen. Johnson doesn’t react well to stunts and looks lost on the second level at times.

A former four-star prospect and top 50 player in the 2019 recruiting class, To’o To’o has taken a long road to finally seeing the field. After transferring from Tennessee to Alabama, he finally saw a full-time role and raked in 100 total tackles with four sacks and a forced fumble. To’o To’o is an explosive athlete and closes on plays in a hurry. He has good range and instincts but was inconsistent. The tools are there, and he could end up being an excellent MIKE LB with some time.

Injuries have dampened what Daniels could be, but there is a lot to love about the Horned Frogs’ corner. I love his aggression in tackling and when a receiver attempts to block him. Daniels is a natural athlete, and his instincts are excellent. He anticipates and is also disciplined. Other than injuries, his technique is lackadaisical in spots, and he doesn’t flip or transition well when shadowing receivers. A good project corner with potential, but has to stay on the field.

Thomas was the third-ranked overall recruit in the 2018 class and a high five-star guy. He’s just never lived up to that hype. As recent as the last offseason, Todd McShay had him a potential first-round pick in the 2022 Draft. What’s to love? Thomas has phenomenal explosion and pursuit; he tracks down players across the field and downfield. His explosion leads to a nasty bullrush, and his hands are quick and powerful. Thomas’ vision allows him to recognize blocks before they happen, and he is strong in rush defense. Why is Washington getting him in the sixth round? After playing four years at Clemson, he is still incredibly raw, and his technique isn’t where it should be. Thomas is a great pick this late, and I doubt he even makes it past the fourth in the actual Draft.

This season, Henderson emerged as a top safety with 94 tackles (10 for a loss) and three sacks. For most of the season, he was a top-rated safety but fell off some as Michigan State’s pass “defense” was greatly exposed. Henderson is a leader on defense, but his strength will be as a strong safety. Not as valuable in today’s NFL, if he can improve on pass defense, Henderson could carve out a more prominent role.

The Washington team could get more help on offense, but I went heavy on defense. They have young pieces in place, but I feel like they need to continue to get better on that side of the ball. The offense should be effective with a young QB like Howell to take over the helm, throwing to Terry McLaurin and handing it off to Antonio Gibson. The defense, thought to be a strength, has been getting gouged this year. These guys may not even be good IDP assets, but all can help the defense. Getting Chase Young back will also help.

It’s not the sexiest draft for fantasy purposes, yet I believe the Washington team is heading in a good direction. With some help from the draft and free agency, they could compete for the NFC East next season.