Can the Green Bay Packers finally get over the hump and make it back to the Super Bowl? Will Aaron Rodgers even be there to help? @MJohrendt23 tries to give Green Bay another push in this seven-round mock draft. 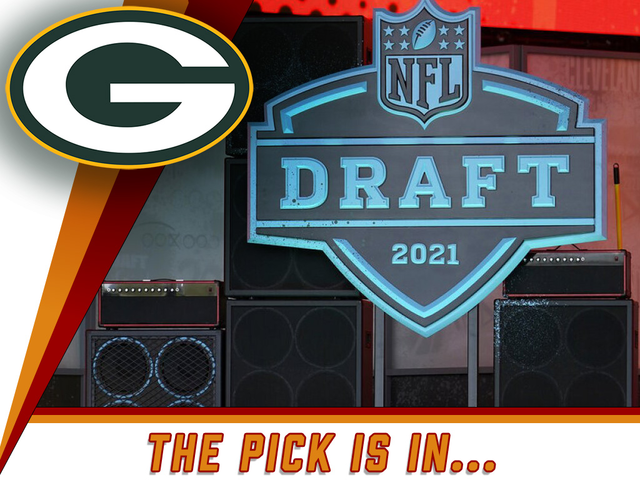 Every year, the NFL Draft brings with it important fantasy football ramifications, redraft, and dynasty formats alike. Rookies are added to rosters and push out veterans that have become replaceable, changing your roster’s look. With the Green Bay Packers staring down a tough offseason, they must nail the draft for their future.

With no real clear-cut top option known at this point in the offseason, positioning for upcoming rookie drafts is a tough endeavor to enter into, especially if your league-mates are set on waiting things out at this point. Non-relevant players in fantasy, like offensive and defensive linemen, hold more important roles than expected. They help QBs, RBs, WRs, and TEs all produce efficiently, while defensive linemen help free up IDP members as well.

The mock draft machine used here is The Draft Network (no compensatory selections were factored into this mock draft).

This offseason holds a level of importance that has franchise-defining layers to it for the Packers, solely resting on the decision of Aaron Rodgers’ ‘will-he / won’t-he’ saga. With a team core built upon drafted and developed talent, GM Brian Gutekunst has a ton of important decisions upcoming when looking at the draft.

Yet another early departure from the postseason has left things uneasy in Titletown. Rodgers has earned a sole Super Bowl title during his career with the Packers. The 2022 season looks like it could very well be his final chance at adding another trophy to the case – if he sticks around.

This mock draft was conducted with Rodgers remaining with Green Bay, at least for one more season. With needs on both sides, should the team emphasize surrounding Rodgers with more weapons or upgrading their defense? Only one way to find out.

Were you expecting a spicy selection here by selecting a wide receiver? Pigs still cannot fly, so, unfortunately, you should temper your expectations.

OL is, surprisingly, a need for the Packers, with injuries playing a big role in that need. David Bakhtiari still isn’t himself after tearing his ACL towards the end of the 2020 season, Elgton Jenkins tore his ACL this past season, and Billy Turner could be a cap casualty, so depth is important here.

With players like Bernhard Raimann (CMU) and Daniel Faalele (Minn) other fringe first-rounders, going with one of the best interior OL options (not named Kenyon Green or Tyler Lindenbaum) in Boston College’s Zion Johnson is a great selection to start.

By having Johnson in the fold, the Packers can comfortably trot out a line of (when 100% healthy): Bakhtiari | Johnson | Josh Myers | Jon Runyan Jr. | Turner, which would be an above-average unit across the league.

What do you get when you combine a late-season ACL tear with a WR known for his speed and who is part of a blue-chip collegiate program? You get a great buy-low candidate, also known as John Metchie III.

If Metchie was not coming off of his ACL tear suffered back in the SEC Championship Game, he likely would be up there with the Drake London and Treylon Burks of this class as one of the best WR prospects. Fitting a very similar stature mold like his former teammate DeVonta Smith did coming into the draft, Metchie is surprisingly physical for his smaller stature (6’0, 195 lbs.) but would be a great fit in the GB offense.

If Rodgers is back, then Davante Adams likely is too. There is really no other way to look at it. But if that ‘package deal’ does return, then both Allen Lazard and Marquez Valdes-Scantling could be out the door in free agency, opening up a Day 1 role for Metchie.

Ultimately, George Pickens from UGA was the receiver that would be an even better buy-low option than Metchie. Still, the former Alabama WR certainty is someone that can help the Packers and would be a sound second-round investment.

The first defensive player off the board for the Packers is to a position of big-time need – edge rusher. Sam Williams would become Rashan Gary’s partner on the line or the third option behind Gary and Preston Smith.

Za’Darius Smith missed practically the entire year, creating a career year for Gary (9.5 sacks). But depth is crucial here, and they have little of it, making Williams a smart investment.

Solid motor with a better game in passing situations, Williams fits most schemes, news to the ears of Joe Barry. With Barry employing hybrid fronts that utilize various numbers of linemen, Williams must improve his first-step tendencies and flexibility.

Penn State’s Jesse Luketa looks more of the part of an OLB that truly does not stand out the most in either the pass or rush game – he fills a spot, tracks down the ball carrier, and swarms with his defense to make a tackle, mainly around the line of scrimmage.

Luketa will need to step up in the pass-rush area (0.5 career sacks), a big point of emphasis for the coaches during camp. Luketa fits a bit of an odd mold heading into the NFL, but with Green Bay needing LB depth, seeing Luketa as a high-motor, moldable option with special teams’ experience is important.

Kenny Clark needs help inside, and who better than John Ridgeway, a proven interior lineman toughened up by the SEC?

Low leverage and double-team sheds are all characteristics of Ridgeway, important building blocks when entering the league. With Clark taking on double-team looks currently, passing those onto Ridgeway would help Clark continue to get even better. With Ridgeway being 6’4 and just under 330 lbs., he is a mountain of a man with lots of upside.

A QB-turned-TE is who Jelani Woods is, and his almost-6’7, 275 lbs. frame thanks him for the position switch.

Being new to playing TE limits any immediate impact, but he has two important things in his favor.

His willingness to get dirty blocking and stretch the defense could remind fans of the impact Jermichael Finley had. Outside of Robert Tonyan, no real contributions have come from the TE role the past few years for Green Bay, and while Woods would be a work in progress, he has the intangibles to be something buildable for this team.

Surprisingly, this was the first selection to add depth to the secondary, a strong area that could lose talent soon.

With Rasul Douglas needing a new deal, cheap depth is key for the Packers. Plus, adding Verone McKinley would help free up Adrian Amos and Darnell Savage to play more down in the box.

McKinley is smaller (193 lbs.) but a solid tackler that profiles as a nickel defender/special teamer.

The final pick of the draft for Green Bay is another DL reinforcement, this time back onto the edge. Flexibility in both outside and interior roles raises Micheal Clemons’ ceiling as more than a role player.

Entering the league as a role player, Clemons has good intangibles to help build a bigger role next year.

Adding linemen is nice, but they have very little impact on fantasy football. But with Green Bay going in early on a WR, this offense becomes even more intriguing.

With Metchie likely sliding in as the WR3, he would command a mid-second round grade for rookie drafts (WR8). With Rodgers having a new toy in the offense, Metchie could easily be a WR3/FLEX option during his rookie campaign.

Woods is the other fantasy-relevant prospect on this list, with a much tougher forecast to project. As he continues to develop, expecting any major contributions from him in year one is unrealistic, even if Tonyan leaves. As a stash option in the later rounds, Woods could blossom during Year 2/3 to become a developmental piece.