The Raiders made a big splash acquiring Davante Adams. How will they use their remaining five draft picks? @DanT_NFL takes us through a full seven round mock draft for the Las Vegas Raiders. 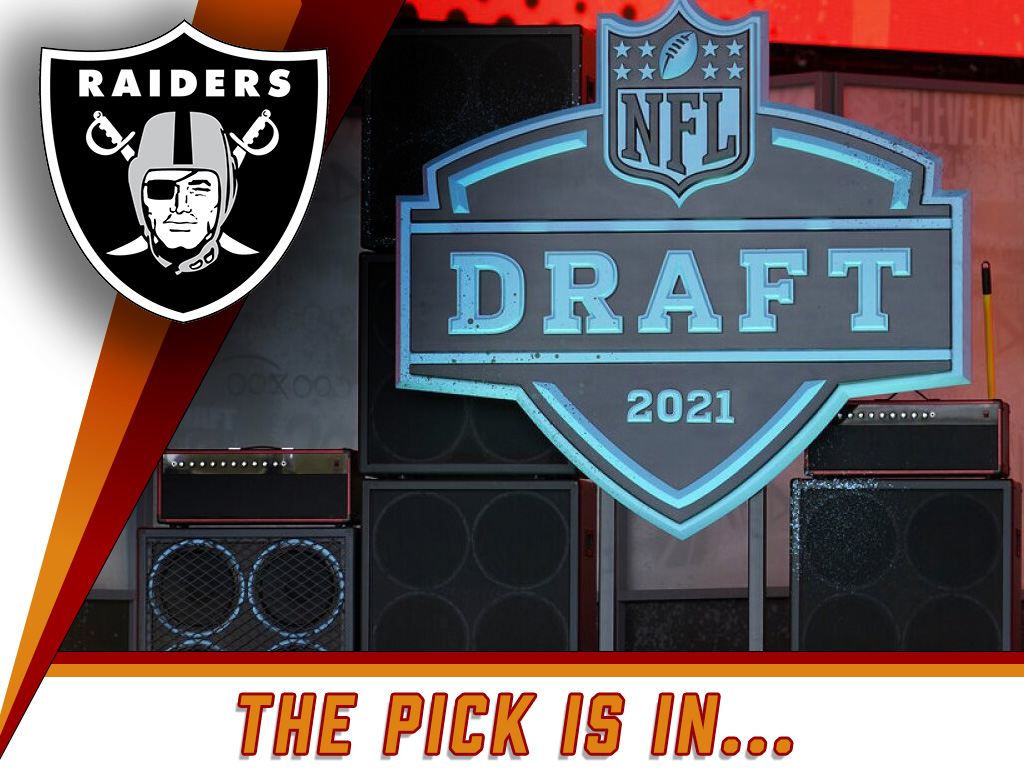 Dynasty fantasy football is a year-round affair. A sharp manager will be thinking about all aspects of the dynasty season at all times. Managers who are keen enough to look ahead will be the ones that can grab themselves an edge. A large portion of the dynasty off-season will be spent discussing incoming rookies and the related topic, the NFL draft. It is easy for us to fall in love with the next workhorse running back or prototypical alpha wide receiver, but a manager in tune with the entire draft class will find themselves ahead of the game.

Whether it is the next road-paving interior offensive lineman or genetic freak edge rusher, we can find ourselves at quite the advantage in April by building an entire picture of how the 2022 class will play out. Those that prepare ahead will not be often surprised at the outcomes.

Credit to the mock draft simulation goes to The Draft Network. Team needs are also generated from this site.

The 2021 season was an interesting one for the Las Vegas Raiders. And so far, the 2022 offseason is shaping up to be even more interesting. In 2021, we saw the Raiders lose their head coach and multiple first-round caliber players due to off-the-field issues. Despite that, we saw a breakout season for pass rusher Maxx Crosby and a 10 – 7 Raiders team sneak into the playoffs for the first time since 2016.

However, the Las Vegas Raiders made one of the biggest splashes in free agency this week. Davante Adams is now reunited with his college quarterback in Las Vegas. The Raiders traded both their first and second-round picks for the five-time pro-bowler. The arms race in the AFC West continues, and the Raiders are left with five picks to help improve this roster. What other holes do they have? How will they deploy the draft capital now that they have the best receiver in the league? Read on to find out!

Due to the Adams trade, the first pick in the 2022 NFL Draft comes in the third round. Luckily, there is still plenty of talent left on the board. Play for the interior offensive line has been an area of great weakness for Las Vegas in the 2021 season. Lindstrom has the potential to win a day one starting job in training camp this summer, depending on who is brought in during free agency. He was a three-year starter at center for Boston College and could slide in as an immediate replacement for any starting interior linemen. The hope is that he will eventually be an upgrade once he gets accustomed to the league.

“Sauce” Gardner won’t be the only corner drafted from the Cincinnati Bearcats defense, and in the fourth round, teammate Coby Bryant becomes the second. After the 2021 season, CB will be a strong need for this team. Damon Arnette was arrested on various weapons charges and bounced amongst three teams after his release by the Raiders. He was a first-round selection in 2020. Nate Hobbs is also facing a possible suspension from a DUI arrest earlier this year. Casey Heyward Jr. is the lone bright spot, but he is slated to be a free agent this offseason. Corner will be something the Raiders must address multiple times before the start of the 2022 season.

To kick off the fifth round, the Las Vegas Raiders select Neil Farrell Jr. Farrell is an interior defensive player who spent four years with the LSU tigers. He measures in at 6’4” and 338 pounds. Farrell is a very large body up the middle. This defensive line has already seen the addition of Chandler Jones in free agency, and as mentioned before, Crosby had a breakout season this past year. Combined with Farrell up the middle, those two will create quite the formidable line. If they hope to compete against Patrick Mahomes, Russell Wilson, and Justin Herbert, Las Vegas will need it.

With back-to-back picks in the fifth round, the Raiders once again address the line. This time from an offensive perspective. Luke Fortner measures in at 6’6” and 300 pounds. At Kentucky, he had well over 600 snaps at every one of the interior offensive line positions. Fortner had an exceptional combine as he looked fluid in every one of the drills. He finished in the top half of this class at all of the speed and agility drills. This is impressive for an interior lineman—especially one of his size. Fortner has the versatility to fill in all over the offensive line and may be starting as we get into the second half of the 2022 season.

With their final pick in the 2022 NFL draft, the Las Vegas Raiders selected a developmental cornerback out of Virginia Tech. Jermaine Waller is a junior that started all three years for the Hokies. He had an outstanding freshman year in 2019, where he allowed only 20 receptions on 51 targets and 436 coverage snaps. 2020 was a shortened season due to injury, and we saw some regression in 2021. This is very similar to LSU’s Derek Stingley Jr., who is currently projected to be a top 15 pick. If the Raiders coaching staff were to unlock that freshman talent, they would be looking at a starting CB. Late picks are all about upside. Unfortunately, Waller ran a 4.68 at the combine. Hence, his availability here at the end of the draft.

This Las Vegas Raiders team is joining the rest of the AFC West on going “all-in” in the 2022 season. Nothing exemplifies that more than the Adams. Adams has been reunited with his college quarterback but is now in a division that features two of the best young corners in Patrick Surtain and JC Jackson. AFC West divisional games will be the highlight of primetime football this season.

As boring as it may sound, the Raiders selected no skill position players in this year’s draft. When a team only has late-round draft capital, that is sometimes the best approach. Interior offensive linemen are a position group that typically doesn’t break out to perhaps year two or three, and that is why you can find good ones later in the draft. Corner depth is also something that no team can have too much of. Especially in a division with Travis Kelce, Tyreek Hill, Keenan Allen, Mike Williams, Courtland Sutton, and Jerry Jeudy. Just typing out that murderer’s row of receivers is insane.