With the regular season wrapping up, it is time to look ahead to the draft. @DanT_NFL takes us through a full seven round mock draft for the New England Patriots. 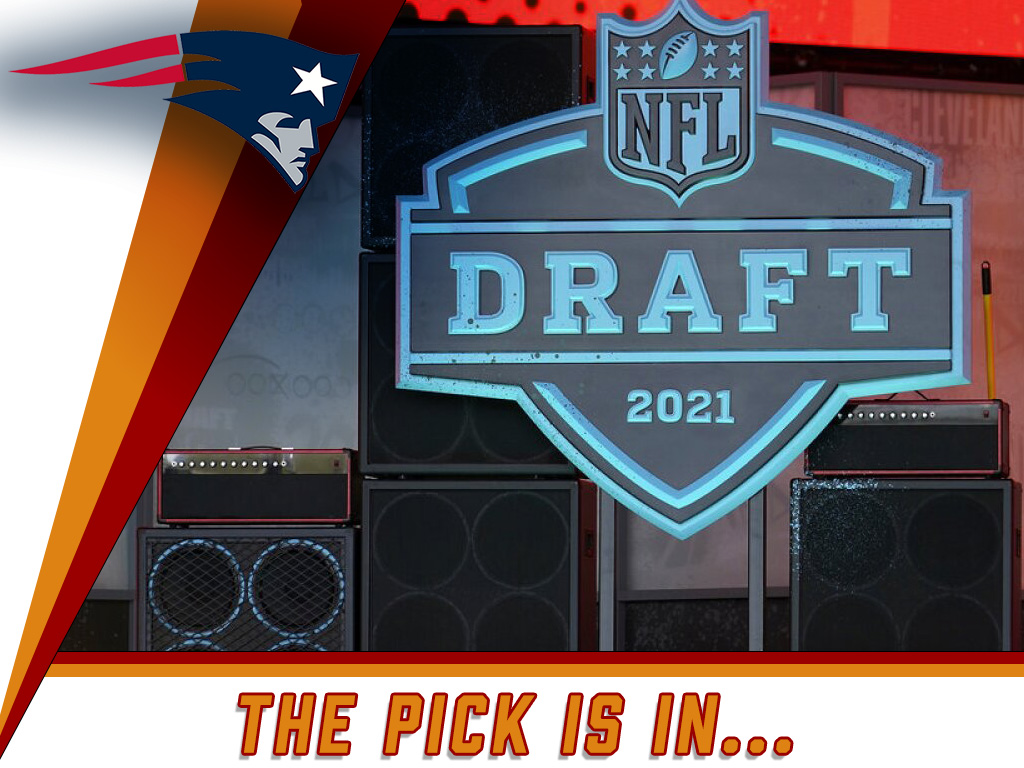 Draft order used in this article reflects the order prior to NFL Week 18. Credit to the mock draft simulation goes to The Draft Network. Team needs are also generated from this site. Compensatory picks have not been assigned and will not be included in this exercise.

The New England Patriots enter the 2022 draft with needs in the defensive backfield and at the wide receiver position. Luckily this draft class is very deep at the receiver position, and New England should easily find a starter on day one or two. This franchise has found their quarterback of the future in Mac Jones. The time is now to take advantage of that rookie contract and build around him. The Patriots have five picks in the upcoming draft. Five swings to improve this roster.

A corner is arguably one of the most valuable positions on an NFL roster outside of quarterback. We rarely see top corners hitting the free-agent market while still in their twenties. Building a wide receiver group through free agency is always possible, but not for the corner position. In this mock, New England is fortunate that one of the top corners falls to them at 23.

Ahmad “Sauce” Gardner is a 21-year-old Junior out of the University of Cincinnati. He was the star player on one of the nation’s top defenses this year. Even helping the Bearcats become the first group of five team to make the college football playoff. Gardener is a lanky and athletic corner, two highly valued traits for his position. He excels in both man and zone coverages and is thus versatile enough for many NFL defensive schemes.

Gardner would join a Patriots corner room that currently consists of JC Jackson and Jalen Mills as the notable starters. It is important to remember that Jackson is up for a new contract this offseason after having an amazing breakout 2021 season. Jackson is PFF’s fourth-highest corner in coverage grades based on corners who played at least 880 snaps this season. Could the Gardner pick help the Jackson contract negotiations? That may be one way the New England front office views this pick. Either way, the ability to pair up Jackson with another elite corner would be a boom to this Patriots defense. Especially considering this team is a contender who will have to deal with players like Stefon Diggs, Tyreek Hill, Ja’Maar Chase, and many others in future playoff runs.

With the 53rd overall pick, the New England Patriots can grab Mac Jones some receiver help. George Pickens is a 20-year-old Junior from the University of Georgia. Pickens missed most of the 2021 season recovering from an ACL injury that he suffered in a spring practice game. Hence his availability here in the second round. Georgia was able to lean on defense on their way to the national title game, but it was apparent how much this offense missed the presence of Pickens.

The last time we saw a fully healthy Pickens was against the Patriots’ first-round pick, Gardner. In the 2020 Peach Bowl, Pickens went off with seven receptions for 135 yards and a touchdown. This 2021 Georgia offense features very poor quarterback play. Pickens has only produced seven receptions for 101 yards in the three games he has returned healthy. However, if you turn on the tape, you can see a young man with incredible release from the line of scrimmage and a route running ability that sees him easily gaining separation at the top of his routes.

Not a single receiver on this team finished in the top 40 in yards of separation per play in 2021. It remains to be seen if New England picks up the fifth-year option on N’Keal Harry’s rookie deal. Regardless, Harry, Kendrick Bourne, and Nelson Agholor will be under contract for 2022. Outstanding UDFA Jakobi Meyers is set to be a free agent this offseason. If Meyers left, Pickens could easily find himself in a starting role for this offense Week One of 2022.

In the third round, the New England Patriots selected Zach Harrison, Edge defender from Ohio State University. Edge is one of the most valuable positions on an NFL roster, both financially and in actual gameplay impact. No team should leave the draft without selecting at least one edge rusher. Harrison was a 5-star recruit coming out of high school and possessed all of the physical traits and athletic ability a team would look for in an ideal edge rusher. However, he is quite raw and will require some coaching and polish to elevate his game to the professional level. He is the perfect prospect to sit for a year or two and learn from some of the best coaches in the business.

Dohnovan West is a Junior from Arizona State. He has split time between Guard and Center throughout college, but his lack of length will secure his role as a center at the next level. The Patriots can secure a little depth along their offensive line in the fourth round. This move will also allow them to move on from backup Center Ted Karas and save about three million against the cap for the 2022 season. Starting Center David Andrews is also 29 years old, and this will give the Patriots a chance to develop his replacement in-house potentially. West has seen very positive blocking grades and could see himself as a starter in a year or two.

In the sixth round, the New England Patriots get some depth for their safety room. Demani Richardson from Texas A&M is a big, versatile safety that can be played all over the field. These are the types of traits any front office would love to key in on. Richardson excels in the run game but has some struggles in coverage. He would best be deployed on early downs where he can cheat towards the box and help with the run. Coverage ability can hopefully be coached and worked on, but it is a worthy flier this late in the draft.

The grand prize from this mock for fantasy football has to be George Pickens in the second round. Mac Jones has shown more than enough this season that he can be the Patriots’ long-term answer at the quarterback position. He has all the tools necessary to run this offense and seems to have the poise to excel in stressful situations. Both traits can be credited to his coaching staff at Alabama. Before his injury, many in the draft community had Pickens as a top 5 wide receiver in this 2022 class. Despite returning healthy, he continues to be slept on. The Georgia offense and quarterback play have limited him, but the tape makes up for the lack of counting stats. Depending on other landing spots for the rest of the 2022 class, this selection and second-round draft capital would cement Pickens as a first-round rookie pick in your 2022 drafts.

Improvements on the defense will only help the Patriots’ offense in 2022 and beyond. The less successful the opposing offense, the more time on the field for Patriots offensive players. Time on-field is the key component to producing the opportunity to score fantasy points. If Garnder can perform as well as we hope, he and JC Jackson would be one of the top corner duos in the league. They would be able to shut down most passing attacks with ease. This would lead to lower scoring affairs that would benefit the New England running backs. We could see an uptick in the fantasy ranks of Damien Harris and Rhamodre Stevenson as the Patriots find themselves in more grind-out-the-clock situations. Also, offensive line help is always a plus to any offense.