The New Orleans Saints have the worst cap situation in the NFL by far. Will Michael Thomas come back? Guess we’ll find out. 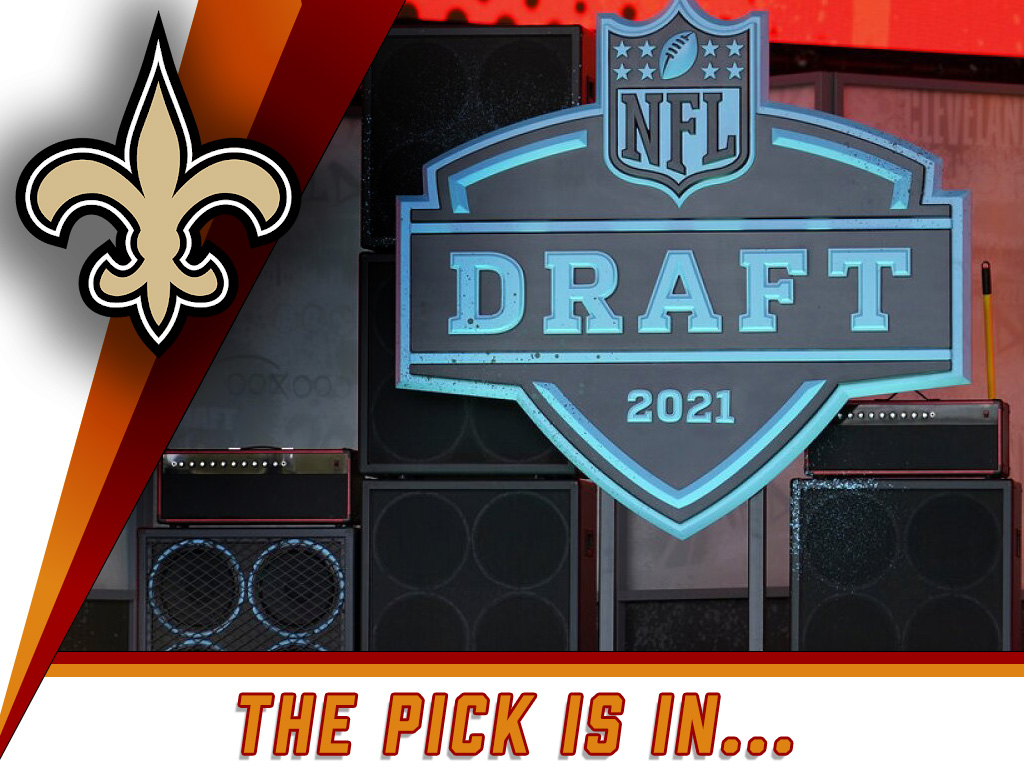 Historically, the New Orleans Saints have been a fantasy point haven for dynasty managers. Then Drew Brees retired, and that all pretty much came to a screeching halt. Alvin Kamara should continue to produce points for those dynasty managers lucky enough to have him. Although he’s going to need to get some help, he can’t do the heavy lifting alone.

The New Orleans Saints are entering their 2022 NFL Off-season with many questions and very few answers. What can they do at quarterback? Will Michael Thomas be ready to go in 2022? Can they field a competitive team with an estimated -$75,993,406 over the projected NFL Salary Cap ceiling? (Overthecap.com) This is referred to as Salary Cap Hell, population New Orleans Saints. The team’s General Manager Mickey Loomis and brand new Head Coach Dennis Allen have an awful lot of very tough choices ahead. If you will, the team-building will probably be stripped to the foundation to get in league compliance. It will be very tough sledding ahead for the New Orleans Saints.

The Saints are also desperate to find their next quarterback, and that player is almost definitely coming via the draft specifically. The New Orleans Saints have nine draft picks in the 2022 NFL Draft, and the team should be looking to add to more than just QB; they have a lot of needs:

Thankfully, the New Orleans Saints should address some, if not most, of their holes. Possibly, even finding their QB of the future to boot. This Mock Draft exercise was done via my new favorite simulator via pff.com. Let’s get to it, shall we?

The New Orleans Saints don’t have a player on the roster currently that is capable of being even a below-average QB. The NFC South is wide open with Tom Brady getting on with his life’s work leaving the Buccaneers looking for a QB. Long-time Falcons starter Matt Ryan is likely in the twilight part of his career. Currently, the Carolina Panthers are in the same boat as the Saints, searching for a starting QB. If the New Orleans Saints can get the QB position right and keep as much of their defense together as they can, the NFC South is there for the taking for them.

Former Nevada quarterback Carson Strong is the best passing quarterback in the 2022 NFL Draft. Matt Corral went off the board at #11 to the Washington Commanders in this mock draft. Unfortunately, the New Orleans Saints missed out on him and moved forward with the next potentially Day 1 ready passer in Carson Strong. There are concerns with the long-term health of Carson Strong’s knee. That will need to be checked off by the medical staff of the NFL team that selects him before the pick is made. I am comfortable that he will get the all-clear from the doctors. His big arm will play well in the dome for the Saints. That would also be great news for the dynasty managers with shares of Kamara and Thomas. The return of the downfield passing game to New Orleans would be a welcomed sight.

The Saints will probably not be able to retain the services of Terron Armstead. His loss will be a massive blow to the Saints, both in the running and passing games. Replacing a good offensive tackle will not be easy, but the team will need to protect their new young quarterback.

Daniel Faalele from Minnesota truly is a mountain of a man. I thought that Alejandro Villanueva was the largest offensive lineman I had ever seen. Faalele currently has nearly 60 pounds on the current Baltimore Ravens offensive tackle. When he gets his hands on a defensive player, he takes them out of the football game. The talent is there for the former Golden Gopher, and when you lose a player like Armstead, you have to reinvest in the position, and all of the top free-agent linemen will be next to impossible for the Saints to sign.

The team was limited by their QB play in 2021, but their wide receivers without Thomas didn’t do much of anything either. Thomas is all but sure to return to the team in 2022. How much he will contribute and how soon remain to be seen. Marquez Calloway is a young receiver who should take a step forward in 2022. Tre’Quan Smith is a free agent.

The Saints need to add another explosive element into their passing game. Skyy Moore was one of the more dynamic receivers in college football during the 2021 season. After the catch, he can do a lot with the ball in his hands, which would open things up underneath for Thomas.

Marcus Williams will be a free agent in 2022 and likely will be handsomely paid on the open market. Malcolm Jenkins will be back for the Saints in 2022, but he will turn 35 towards the back-half of the 2022 NFL Season. The Saints are more than thrilled the well-rounded Kerby Joseph is still on the board in the third round of the draft. Jenkins would serve as a fine mentor for the talented rookie showing him the ropes in the Saints defense.

It was great to see the Houston Texans agree to trade Mark Ingram to the New Orleans Saints last season. However, Ingram showed he is no longer a threat running the football and will be 33 during the 2022 NFL season. The Saints prefer to have a running back behind Alvin Kamara, who gives them a power element.

Look no further than BYU’s Allgeier, an absolute bull running the football. His selection would keep some wear and tear off Kamara while keeping the Saints from being listless should he suffer an injury. Some dynasty managers would be concerned over this selection, but it would prolong Kamara’s now longer NFL & Fantasy Football season. Also, should Kamara be suspended for his off-the-field incident, the Saints would have a competent rusher until he returned to the active lineup.

You can never have enough pass rushers. With Cam Jordan set to turn 33, the Saints should be looking into adding additional pass rushers to ease the load on one of their best defenders. Isaiah Thomas has some untapped potential. Dennis Allen should be able to coax it out of him. His ceiling is probably capped at being a situational pass rusher in the NFL.

The Saints need to continue to beef up the offensive line. With this selection, they add to their interior lineman depth. Doug Kramer has a good pass blocking grade per pff.com, and with a stationary quarterback like Carson Strong, the team will need to protect him. Getting value like this on day three is excellent value for the Saints.

The Saints were once again among the league’s best in stopping the run again during the 2021 season. With this selection, they decide to strengthen the strength. Having a rookie QB at the helm could mean the Saints will be looking to play small ball, focusing on running the ball well and relying on their defense. T’Vondre Sweat from Texas should give the New Orleans Saints some snaps in obvious running downs to give the starters a break.

Strong and Moore are the prizes to be had from this draft class. While offensive linemen are not fantasy-relevant, their selection and their value help a depleted unit and ease the transition for Strong. He would not be a recommended fantasy play as a rookie, with the expected bumps in the road he would likely experience. Also, the loss of Sean Payton and his fingerprint on the offense would be a hit to Strong’s dynasty stock. All is not lost here, and there are enough pieces to make him a viable reserve and possible future starting QB option.

Moore could be a real diamond in the ruff here, and nobody knows what the state of Thomas’s health issues is. He could come back and be the WR1 for the team and be a huge dynasty value. Or he could languish on the injury list until he is ready to go. Moore could step into a massive role for this team in this scenario, which would push him into the round one rookie dynasty draft conversation.

The New Orleans Saints are at a crossroads; they can’t go into another season with the prospects of Taysom Hill being the plan at quarterback. That’s not a winning football strategy. With this scenario, the Saints could make a reasonable turnaround and avoid bottoming out.