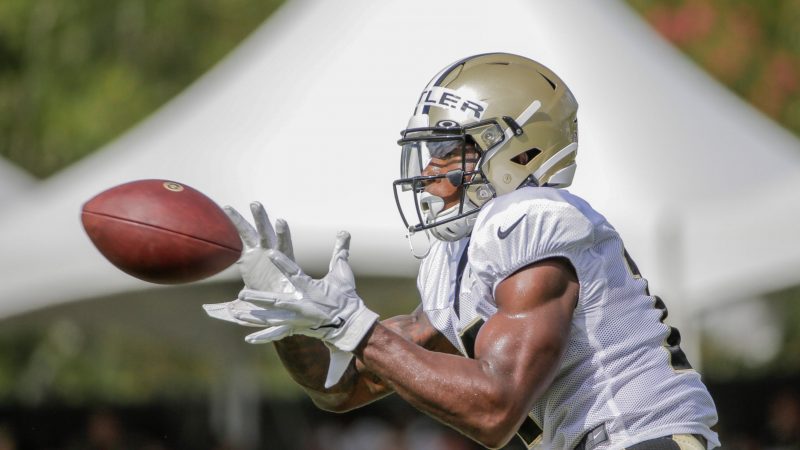 Every year we have a new rookie class that everyone gets over-hyped for. What many people don’t get as hyped for are the late-round picks and UDFAs. This article is designed to highlight some of the unheralded players who likely were not drafted in your rookie/FA draft, and could potentially turn into a valuable asset at no cost. Let’s take a look.

Butler, a former Northern Arizona Lumberjack, went undrafted in 2019 after posting an underwhelming 4.68 40 yard dash time. But, since signing with the Saints, has been turning heads. The receiving corps behind $100 million man, Michael Thomas, is uncertain to stay the least. Tre’Quan Smith, the former UCF Knight, had an up-and-down 2018, having more than half of his production come in 2 games; and Ted Ginn is not a long-term answer. Someone will end up producing good fantasy numbers in this offense and it could be Butler. With each positive report, Butler gets more expensive, he is worth a speculative add before we get too far into the preseason, and certainly a stash on your taxi squad, if your league has one.

The Bucs player to keep an eye on is the former Buffalo Bulls WR, Anthony Johnson. I expected him to be drafted, but he instead signed as an undrafted free agent with Tampa. At 6’2”, 210 lbs, and a 4.50 second 40 yard dash time, Johnson has the size and speed to be an NFL receiver. One thing we know is that the Tampa offense is poised to produce tons of fantasy points. The top two WR positions are set in Tampa, but beyond that, it is very much in question. Johnson could move his way up the depth chart with a strong preseason. He is the exact kind of high-upside lottery ticket you should be buying this time of year.

A WR worth a speculative add is Terry Godwin. He was the Panthers 7th round selection in 2019, after an underwhelming senior season in the run-heavy Georgia Bulldogs offense. Godwin has a slender frame at 5’11”, 185 lbs, but the former 5-star, top-10 overall recruit, has the talent to have a Stefon Diggs-like career path. He was in an offense that hurt is draft stock, but his talent could shine through at the NFL level. The Panthers have a very inexperienced WR corps, and playing time is up for grabs. At worst he deserves a spot on someone’s taxi squad, he is the kind of player that could “come out of nowhere”, but a savvy GM would see the former 5-star talent as a high upside lottery ticket.

The final player is Olamide Zaccheaus. He is an undrafted rookie WR out of Virginia. The interesting thing about Zaccheaus is that he was listed as an RB for the Cavaliers. He is a small, 5’8” shifty player that could develop into a nice middle of the field and manufactured touches role. Zaccheaus has a tough climb ahead of him on the depth chart with Julio Jones and Calvin Ridley not likely going anywhere, but Olamide is a very different type of player than either of them. As a rookie, he would be eligible for your taxi squad or could be a nice end of the roster player that could end up paying off big time.