The search for dynasty value continues as @ReflipeWThenuz combs through the trash to highlight Colts TE Mo Alie-Cox and his potential value to your TE premium squads. 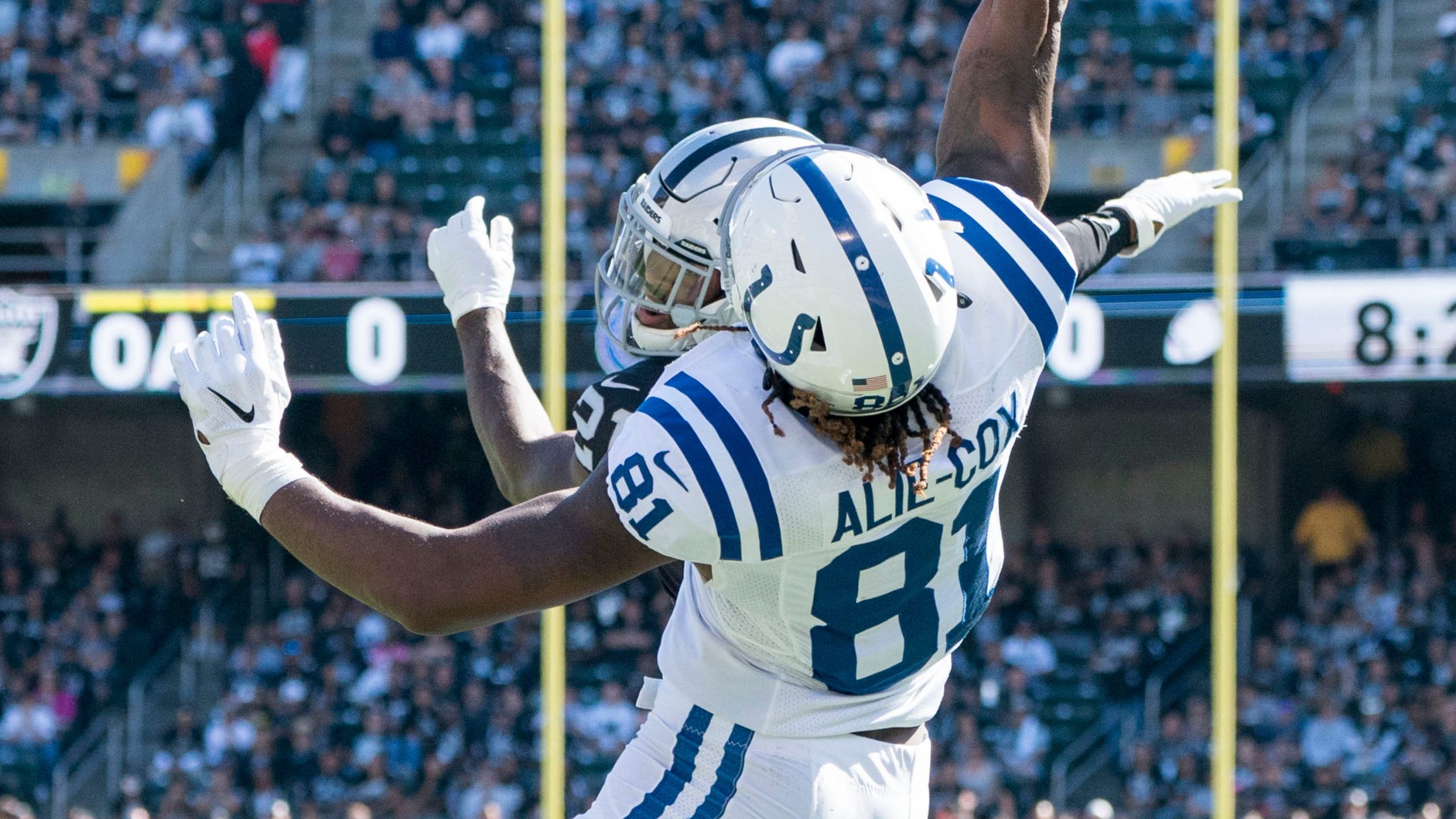 Every year I like to comb through the refuse of the dynasty landscape and attempt to find a diamond in the rough. Often these players, such as Albert Wilson & Drew Sample, turn into duds. However, now and then, you hit paydirt with a player like Logan Thomas. The common theme that ties all these players together is that they are essentially free. Heading into 2022, the player I would like to highlight in this fashion is Colts TE Mo Alie-Cox. The former VCU basketball star has had a slow start to his NFL career. However, things have changed in Indianapolis, setting up a potential breakout season for the talented TE. Without further ado, let us dive into the dumpster and take an in-depth look at Mo Alie-Cox.

Mo Alie-Cox had an improbable journey to the NFL. The Colts TE came to the NFL having not played a down of organized football since his freshman year of High School. Instead, Allie-Cox was a basketball star for Virginia Commonwealth University. He was a dynamic player for the VCU Rams, helping the team to its first-ever A-10 Conference Title in 2015. At the completion of his collegiate career, he left the school as the all-time leader in field goal percentage, as well as ranking highly in several other categories. You can check out some of his basketball highlights below.

Despite his quality play on the College hardwood, Mo Alie-Cox was not seen as a high-level prospect for the NBA. He was tall enough to play Center in the A-10 but lacked the necessary height to make it to the next level. After going undrafted in the NBA draft, he chose to follow in the footsteps of Future Hall-of-Fame TE Antonio Gates and switched sports. Mo credited this decision to a chance encounter with another Future Hall-of-Fame TE, Jason Witten, who had made a trip to VCU during Alie-Cox’s senior year and was so impressed with the latter’s athletic abilities he suggested the potential move. To that end, Mo had a private workout for NFL teams and put up some impressive numbers. You can see the results below.

Following his impressive workout, the Indianapolis Colts decided to make Mo Alie-Cox a priority rookie free agent after the NFL draft. Since that time, the Colts have spent the last four seasons developing the uber-athletic physical freak. Big Mo has shown some definite growth over the past few seasons. While never enjoying a full breakout, he has nonetheless flashed on numerous occasions.

Being an exceptionally large and powerful man, Mo has shown on several occasions that he can play physically with the ball in his hands. In the example below, you can see him use that power to truck defenders and fight ahead for the first down.

One area where you would expect Mo to show his overall size and power would be in the endzone. Thus far in his career, he has not been a big part of the RedZone package for the Colts. As you can see below, last season’s meager total of 4 TDs was a career-high.

Despite his low output in the RedZone, he does offer massive potential given the right combination of system, opportunity, and Quarterback. You can see in the play below that he can use his impressive frame and absolutely massive 11 ½ inch hands to pluck balls out of the air with ease.

Remember that one time that Mo Alie-Cox made an INSANE one handed catch?? pic.twitter.com/unzX3jZC0F

Despite his scant production to this point in his career, the Colts saw enough to bet on their developmental TE. Following the announcement that starter Jack Doyle was retiring after the 2021 season, Indianapolis gave Mo Alie-Cox a new 3-year contract worth up to 18 million dollars and 8.2 million fully guaranteed.

One of the biggest indicators for Mo Alie-Cox having a breakout in 2022 is the addition of QB Matt Ryan. The former league MVP has heavily targeted the TE position throughout his NFL career. TEs from Tony Gonzalez, Austin Hooper, Haden Hurst, and Kyle Pitts have all thrived under the watchful eye of the former Boston College signal-caller. Matt Ryan has made a habit of targeting his big men over the middle of the field.

With only Michael Pittman as an established NFL receiver, I expect Ryan to continue his trend of peppering his TE with targets. Mo Alie-Cox’s skill set is not unlike that of a late-career Tony Gonzalez. Now don’t lose your mind with that comp. I’m not comparing the former VCU Center to the greatest TE of All-Time. I am simply suggesting that towards the end of his career, when he played with Matt Ryan in Atlanta, Tony G made excellent use of his large frame to body out defenders and put up respectable numbers, particularly in the end zone.

The Indianapolis Colts added another TE during the 2022 NFL draft. They spent their 3rd-round pick on former Virginia and Oklahoma State TE Jelani Woods. He and last year’s 4th-round pick Kylen Granson will form the bulk of the competition for Mo Alie-Cox in 2022. Despite the relative talent of these young men, I do not believe they represent a threat to the breakout appeal of Big Mo.

For starters, aside from a few outliers, TEs take a few years to develop at the NFL level. Secondly, Cox has bided his time with the Colts and has seen his dedication rewarded in the form of his extension. He will get the first crack at establishing himself as the top man on the depth chart. Lastly, as the senior man on the depth chart, his experience will almost certainly ingratiate him to Matt Ryan and the win-now Colts. Indianapolis will be in Super Bowl or bust mode right from the jump in the Matt Ryan era in Indy.

As with all the players I highlight in these Dumpster Dive series, there is an absolute chance Mo Alie-Cox will bust and fade into obscurity. The man with the largest hands ever for an NFL TE. However, there is also a chance that he could establish himself as a Redzone weapon for the Colts and sneak into the back half of the TE1 scorers in 2022. His team has a need at the position, and he is the senior player on that depth chart. He has shown incremental improvement in each year he has been in the NFL. His QB has made a habit of targeting his position throughout his highly touted career.

Lastly, and most importantly for this article, Mo Alie-Cox is essentially free. In fact, I just scooped him up in one of my home leagues just the other week. He could certainly grab the bull by the horns and establish himself as a useful member of your dynasty squads for the next several seasons. Or he could be passed by a younger player. Only time will tell. But for his price point, I love him as an end-of-the-bench stash, particularly in your TE premium leagues.

Thank you for reading this article! Please be sure to join the #Nerdherd so you don’t miss out on any of the amazing things we have to offer Dynastynerds.com. Use my promo code DynastyHolliday for a 15% off discount. You will get rankings, extra podcasts, and access to our rookie film room. For just a couple bucks more you can get access to our revolutionary DynastyGM tool. So much for so little, why miss out on all the fun. Also, you absolutely must check out our new mock draft tool. Find it in your Apple & Android app stores. Follow me @ReflipeWThenuz for more dynasty content and other musings.