What does the trade for Deshaun Watson mean for the dynasty landscape? @MandrewNFL gives us the rundown. 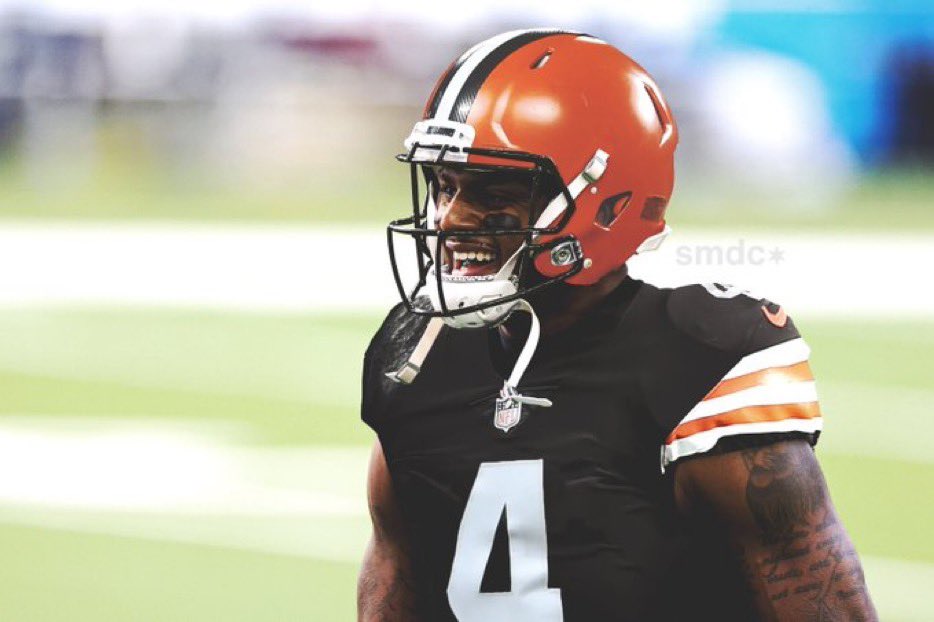 The last of the big quarterback dominos have fallen. Deshaun Watson has decided to join the Cleveland Browns. After being told they were out of the running for Watson the Browns front office, led by Andrew Barry, never gave up on him, and that ultimately caught the love of Watson and made him want to join the team.

The NFL is still gathering information and will make a decision on a suspension. The trade obviously has tons of football implications. That is all we are qualified to look at in this instance. For the Browns, this gives them a chance to compete in an AFC North again after years of spotty quarterback play. The offensive line is well constructed, the defense has proven it can be reliable. All that was missing from this team was next-level quarterback play.

From a fantasy perspective, this is the equivalent of going to the BALCO Lab and giving your fantasy team the Barry Bonds treatment. Nick Chubb isn’t going to miss a beat. In fact, he may have better running opportunities now that they have a legit threat in the passing game. With weapons like Kareem Hunt, Amari Cooper, and David Njoku around Watson they should all be able to feed and contribute great fantasy numbers.

It is worth breaking down each guy’s potential as we go. Let’s start with the obvious one in Deshaun Watson and work our way through them.

Deshaun Watson missed 2020 after coming off the biggest season of his career. He set career-high marks in almost every stat and was just 177 yards short of a 5,000-yard season. Watson also added 444 yards on the ground with three scores. All of this is setting the groundwork for what might be a bit of a letdown season. But, it also serves as a reminder of what he is capable of. He may be on a revenge tour against the entire NFL, not justifying it or endorsing that thought process, but that should get you excited for what he could do after a year off. Big picture though, Watson is still just 26 and won’t turn 27 till week two of next season. Leaving plenty of time left to get fantasy value out of any shares you may have or acquire.

The first full season that Kareem Hunt and Nick Chubb spent together saw them finish as the RB10 and RB11 respectively. While I don’t see Hunt beating out Chubb on the fantasy points landscape, I do think both could serve as RB1s for your team. Yes, both men could be your top back I truly believe for your fantasy team.

Let’s in the way back machine. The Titans had a thunder and lightning approach with Chris Johnson and LenDale White. History is repeating itself in Cleveland. Hunt is going to scheme into the passing game and has more manufactured touches and Chubb will benefit from being what he is naturally, a great running back. Both men are going to be fresh all year and should save their legs for the long season as well as giving them extended dynasty value, win-win.

The receiving room may not be the most developed room in the building they do have some potential. A developing Donovan Peoples-Jones and new signee Jakeem Grant, oh and Amari Cooper. Many are hyping up Cooper and his potential return to glory. Some also think DPJ is going to keep growing, but the real winner? Jakeem Grant.

Grant has flashed from time to time, mostly during his tenure as a Miami Dolphin. He becomes a legit deep threat with the addition of Deshaun Watson. Grant has a career average reception of 10.3, with a career-high of 16.3. Watson should have him looking at the latter number with his deep-ball ability. Add that Jakeem Grant brings a special dynamic to the special team’s side of things with a career return average of 24.5, he should get a lot of touches in this offense.

All of the Browns players are going to see a big uptick in value. Keep that holding formation because once they play with Watson even for just one game they may see one last big jump in value. If you want to sell then, then sell. If not, enjoy the ride because this isn’t going to be anything less than entertaining.