Come get your answers to the three fantasy questions plaguing the Indianapolis Colts entering the 2022 season. 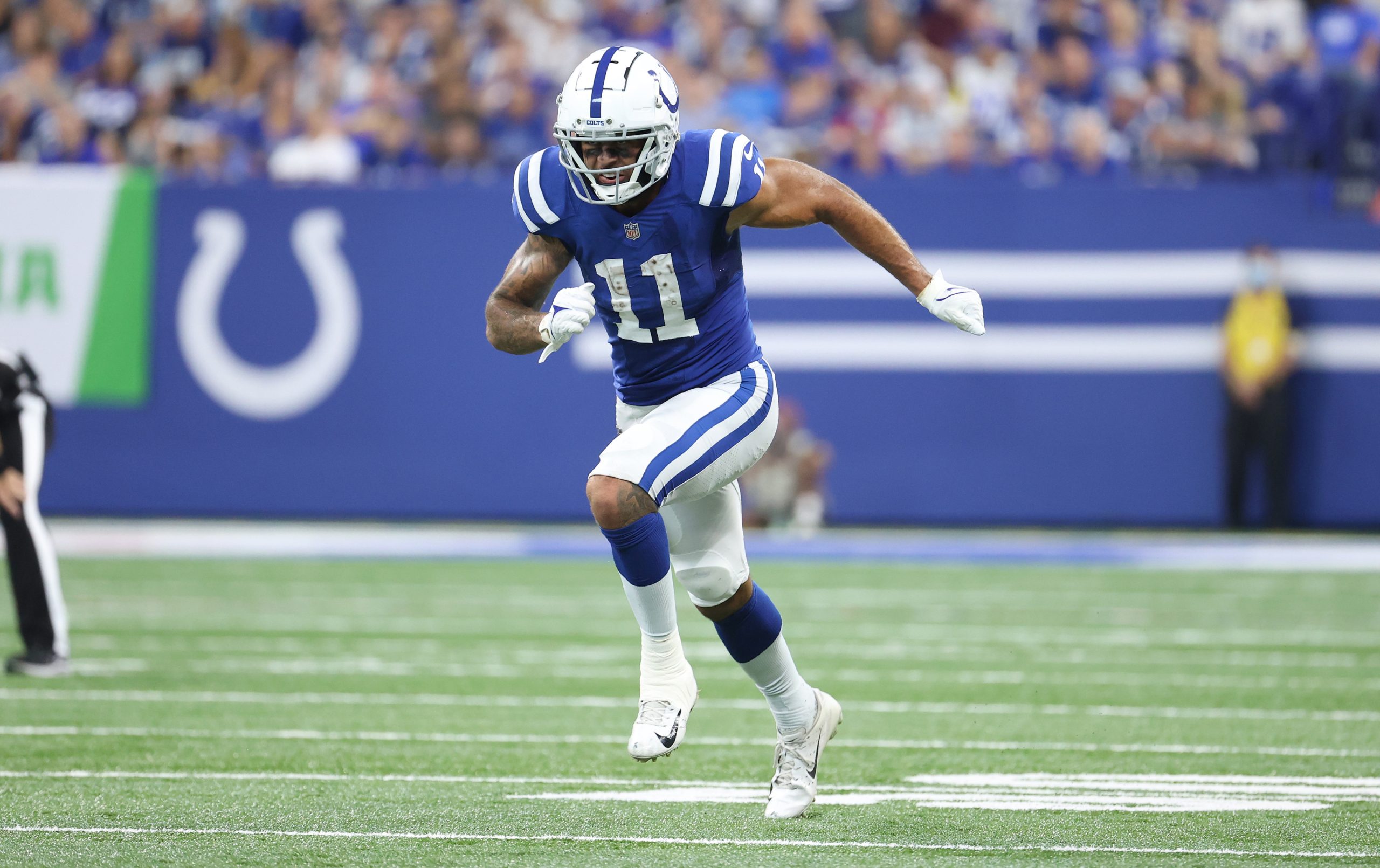 Which Carson Wentz are we going to see moving forward?

The Indianapolis Colts spent a ton of money and capital to have Carson Wentz be their starting quarterback. Fantasy owners were hesitant about the success he would have with his new team.

Wentz didn’t help the Colts make the playoffs, as he had a very up-and-down season that also applied to fantasy. What can we expect of Wentz moving forward?

Wentz has been inconsistent throughout his career as he produced three seasons below QB20 in fantasy. However, he also has two seasons as a top ten quarterback.

Wentz has been plagued with numerous turnovers over his six-year career. On average, he commits 22 turnovers, ten interceptions, and 11 fumbles. He has one season over 4,000 passing yards and a minimal rushing floor. Wentz has been a roller-coaster fantasy asset.

In recent news from a tweet by ProFootballTalk on Twitter, the Colts are likely to trade or release Wentz this offseason.

If the Colts release Wentz before March 18th, they will save about 14 million dollars in bonus salary. While it’s a heavy toll to eat his 15 million base salaries, it’s unlikely they find a trade partner for Wentz.

There are clear reasons why the Colts are possibly out, especially since he was part of why they didn’t make the playoffs. In fantasy, he was the QB22 from weeks ten to 17 with only two games of two-plus touchdowns.

He averaged seven attempts and 70 passing yards fewer per game in the second half of the season.

Fantasy owners didn’t love the ten fantasy points per game he averaged, and the Colts didn’t care for poor play as he averaged 171 yards and one touchdown per game.

Is there hope for Wentz?

If he finds himself another possible opportunity, then Wentz could again be a fantasy-worthy player. The Colts weren’t the most pass-happy offense, and Wentz’s lack of passing weapons could be an excuse. In the first half of the season, Wentz was the QB10 with seven games of two-plus touchdowns.

He had just one game under 16 fantasy points and was on pace for a career season. We’ve seen him before as a top ten fantasy quarterback. Unfortunately, we will not see Wentz consistently enough for that to happen again. You may be stuck holding on to Wentz until his situation changes then sell-off.

Colts WR Michael Pittman Jr. took the next steps in his development in 2021. Pittman benefited from a slight quarterback upgrade from Phillip Rivers to Carson Wentz.

His overall growth as a player stepped up as the team’s wide receiver role. Pittman was a big physical receiver who could play inside and outside with giant hands coming out of college. He literally could catch anything coming his way, especially after a 100 reception season in college.

In 2021, Pittman, like his quarterback, was a mix of inconsistent fantasy production. In the first half of the year, Pittman was the WR9. With six of nine games with ten plus fantasy points.

He was starting to develop into an excellent receiver for fantasy. Unfortunately, the second half was quiet for Pittman. He was the WR41 and had just three games over ten fantasy points. At the same time, he didn’t play badly since he had five games over 50 yards, but the touchdowns didn’t come. Wentz’s performance damaged the passing game, and Pittman suffered for it.

I believe he can reach a WR1 level with his talent, but that’s a whole different situation, if he will.

Wentz’s possible departure leaves concern about the quarterback position. That would be Pittman’s third different starting quarterback in his first three years. Pittman’s the WR1 on the team and should command another 120 target season heading into next year.

RB Jonathan Taylor seeing an enormous amount of touchdowns inside the red zone again won’t hold up next year, so seeing more red-zone targets could be in the cards for Pittman. I’d be actively trying to acquire someone since he has at least one WR1 season in him.

Any Deep Dive players Worth Looking Into?

There weren’t many pressing issues with the Colts. I figured I’d mention some deeper players to stash or buy extremely low on now if you can.

First is WR Michael Strachan, a former division two wide receiver from Charleton who didn’t get much chance during his rookie season.

The now second-year player stands at 6’5 225 pounds and will look to gain some noise heading into 2022. In 29 college games, Strachan put up 127 receptions, 2,332 receiving yards, and 27 touchdowns. He was a highlight reel but, unfortunately, was taken in the 7th round of the 2021 draft.

Strachan showed flashes in the preseason with ten receptions for 130 receiving yards but saw minimal playing time during the season. He’s not much of a special teams player, so he didn’t play a role there.

WRs T.Y. Hilton and Zach Pascal could be gone, and Campbell can’t stay healthy, opening up some opportunities for Strachan.

While the running back mantle is held up with someone already, RB Deon Jackson is a handcuff you want to grab now.

There could be a slight chance RB Marlon Mack returns, but it’s not very likely. Jackson, a running back out of Duke, would see an opportunity if an injury were to occur.

Jackson didn’t overperform in college, but he came in with good running power and the ability to catch the ball.

If you enjoy handcuffing, it would cost you almost nothing to acquire Jackson.

The tight end position for the Colts could see some significant changes. With Doyle getting another year older and Moe Alie-Cox being a free agent, TE Kylen Granson out of SMU has a possible increase for an opportunity in 2022.

He played four years in college but only two at SMU, where he had 78 receptions, 1,257 receiving yards, and 14 touchdowns. Very impressive for a college tight end over two years.

In 2021, he didn’t get much opportunity to be the third tight end. Granson has fantastic athletic ability, especially his catch radius. He did see some hype alt offseason, and folks may have lost at hype after a quiet season, a reasonable time to go out and buy Granson.