Steven Pintado recaps the Giants 2021 season and the biggest questions heading into 2022. 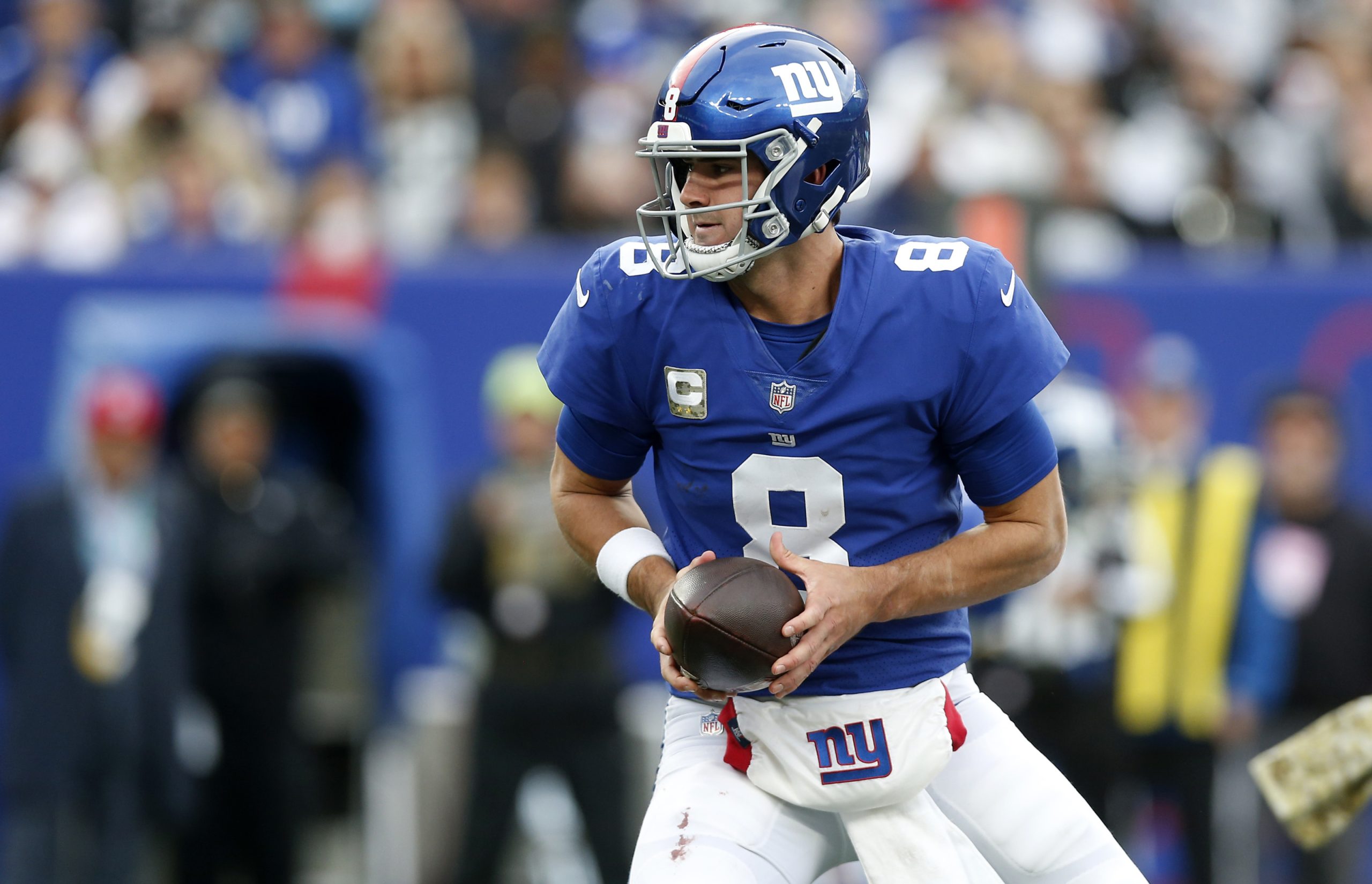 Can Daniel Jones Bounce Back his Career?

Jones has given major headaches to lots of fantasy owners. He was part of a draft class that had major reaches at the QB position because it’s such an important position for the NFL. Heading into his fourth season, Jones will be with his third head coach, recently hired Brian Daboll. Can Jones still live up to that first-round capital?

During the 2019 season, three games in, Jones replaced Eli Manning at QB, and he was surprising to many people. In 12 games, he threw 24 passing touchdowns and averaged 250 passing yards per game. Jones showed the ability to throw deep and made some pretty spectacular throws downfield during that season. One of Jones’ more impressive stats has been his rushing ability, as he has produced over 1,000 total rushing yards in three seasons. That ability gives him some rushing upside for fantasy which fantasy owners love.

Jones has seen his past completion percentage increase while his passing yards and touchdowns drop over the last two years. He has as many touchdowns over the previous two seasons as he did in his rookie year. Jones’ biggest issue outside of his ability as a passer is the turnovers. He has produced 29 interceptions and 36 fumbles over three seasons, totaling 65 turnovers. While he has gotten better with the turnovers, he still managed to produce 17 turnovers this season which is a lot.

In 2021, Jones could only produce two games over 250 passing yards and two games with two or more TD passes. The biggest question is his ability to stay healthy; he has yet to play an entire season in the NFL. He did suffer a usual neck sprain which could cause concern for future endeavors.

The Giant’s new coaching staff has a ton of work ahead of them if they want to help Jones turn around his career. He has some attractive attributes, such as his rushing ability and ability to throw deep. His decision-making as a passer and his durability are significant concerns. If Jones plans to progress in his career, his pass-catchers will need to stay healthy, which they haven’t done much. I would probably avoid Jones because it’s probably not going to happen for him. If you can get away with giving a third-round pick in a super flex league, that’s an OK by me.

Oh, what could have been; the glorious year of Barkley’s rookie season will forever live in our memories as one of the best rookie seasons of all time. Barkley was an unnecessary pick for the Giants but a luxury pick nonetheless. Since his rookie season, he has missed time in the following three seasons. Can we expect him to find that glory in his fifth season, or are we holding onto an RB who is now passing that prime?

Barkley’s most prominent issue has to be his injury history. He missed a total of 21 games over the last three seasons.

While he wasn’t on the field for 21 games, how many did he not perform at 100%? Barkley could have come back, but he might not have been at his top-notch form. Barkley likely hasn’t given us many games at his best.

So let’s take a look at 2021 as he was coming off an ACL tear, which usually takes time to get going, and you noticed it early in the season for him. It was late as in weeks five and six; he had back-to-back RB1 weeks, producing a total of 100 rushing yards and two touchdowns. Barkley’s receiving abilities also helped the cause as he had 13 targets and caught 11 balls. Unfortunately, all good things ended after as he would miss the next four games due to that low ankle sprain.

Upon returning from injury, Barkley would finish the season as RB22. He would average about ten fantasy points per game and did not score a rushing touchdown the rest of the season. It was tough to generate scoring opportunities when the offense was one of the worst in the league. He only had 13 red zone touches this season, and when he came back from injury, he and Devante Booker combined for just three red-zone touches.

Unfortunately, we’re at a crossroads with Barkley in fantasy. Selling off an asset like Barkley, you’re going to get pennies on the dollar, which isn’t what you originally either bought into or drafted. If Barkley can keep his receiving floor high, he should be a solid high-end RB2 at worst. Due to his recent release from the team, he won’t have to deal with Devontae Booker now, so Barkley should see most of the carries now. Barkley is a hold in fantasy leagues until the season, and then his value might be better off selling at that point.

Good thing for Golladay – he just got paid, so he’s not going anywhere this year. The New York Giants inked him to a big contract in the 2021 off-season at $74 million for four years. The 29-year-old WR isn’t as young as many think, as he is only going into his sixth season. Golladay has now dealt with injuries for more than half of his career. Can this new-look offense help Kenny G get back to that 2018 form we all loved?

Before signing with the Giants, Golladay spent four seasons with the Detroit Lions. He had a very up and down career in Detroit as he spent almost two seasons injured. He produced two seasons over 1,000 yards and over 100 targets. Golladay often did not score TDs, and he only had one season over five TDs. It is surprising since he is a 6’4” receiver attached to Super Bowl QB Matthew Stafford.

In 2021, things did not go smoothly for Golladay as he would miss multiple games and deal with inadequate passing from his QBs. He only had a 50% catch rate while scoring just one TD on the season. Clearly, Golladay couldn’t form chemistry with just one QB all season. What’s more shocking is that he could only produce one game as a top 36 wide receiver for fantasy.

There are not many positive notes for a 29-year-old WR who has missed 14 games over the last two seasons. Hopefully, Daboll can rejuvenate his career somewhat as Stefon Diggs did in Buffalo. The Giants’ offense can’t get any worse than in 2021, so Golladay is likely to make a progression in TDs. As a contender, I’d be looking to sell a third-round pick to acquire the veteran since he is the WR1 on a hopefully better team. They paid him to come to New York, and you should expect a 100 target season in 2022 from Golladay.