The Jets haven’t always been an attractive option for fantasy but a new wave of young player could finally change that. 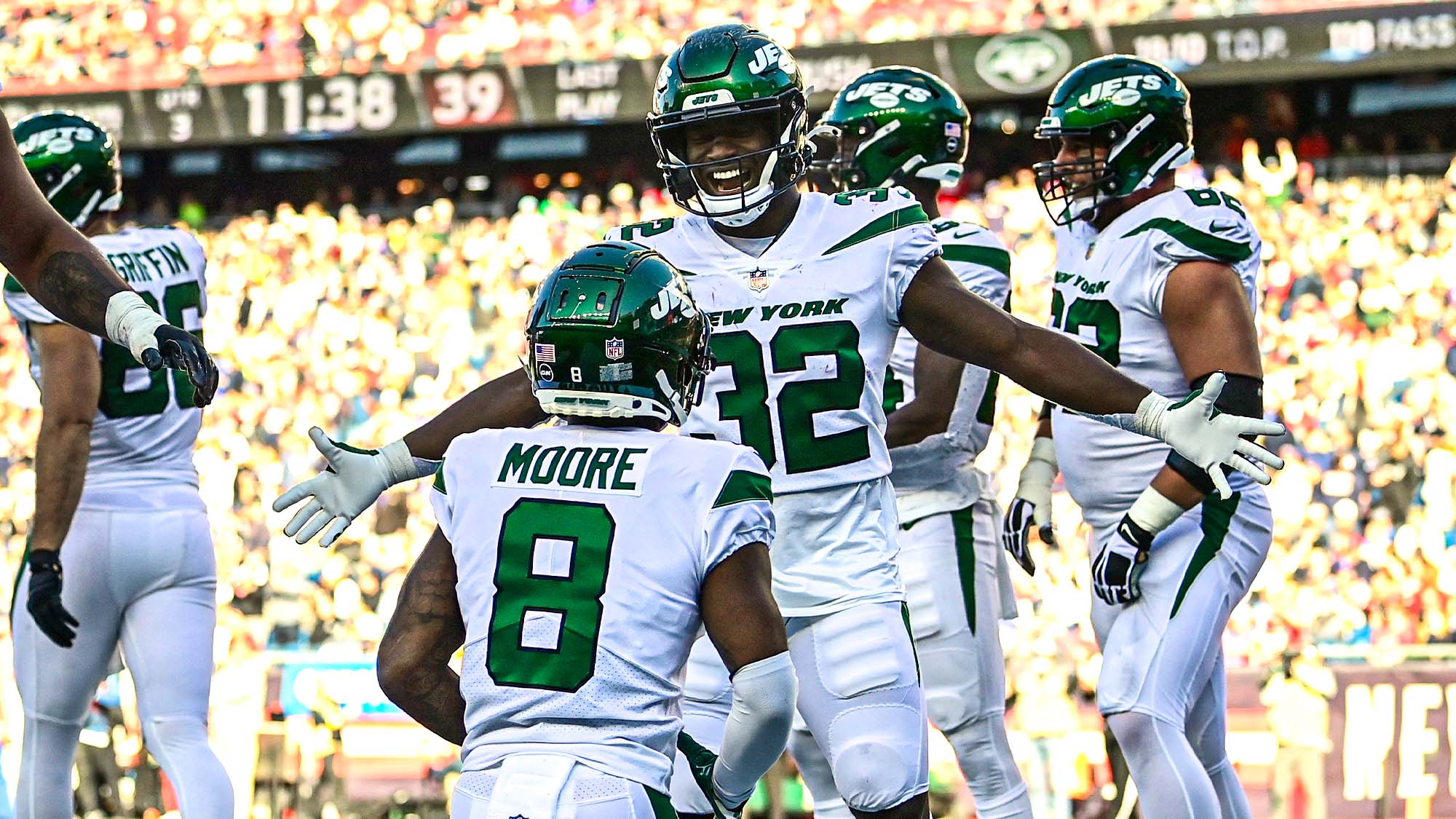 If you followed my first article with the Miami Dolphins, you’d like my next edition of Dynasty Rewind with the New York Jets.

This one is pretty broad as the Jets went out in the 2021 draft and picked up three possible fantasy starters at quarterback, running back, and wide receiver. Zach Wilson did not have the rookie season that the Jets wanted from the former 2nd overall pick, but he did finish with promise. Michael Carter, at times, was a PPR machine at the running back position. Moore was brilliant mid-season, but injuries knocked him out of the essential part of the fantasy season.

Zach Wilson started his career terribly; he threw nine picks in his first five games, was sacked 18 times, and only produced two fantasy games over seven points. Wilson didn’t look ready for the NFL field, and at moments when he was out with injury, there was almost a Mike White controversy. Wilson could not handle pressured situations as he ranked 35th in pressure completions. He ended up with 44 sacks in just 13 games, so he could not evade the rush well.

Wilson was able to turn things around once he came back from injury, as from week 12 to 17, he finished as QB 11. In that span, the Jets allowed him to rush the ball more and racked up 163 yards after just 22 yards in his first six games. He also cut down on the picks as he only threw two during that span. At the end of the season, he was 9th in red zone completions and 15th in deep ball completions. His receivers let him down as they dropped the third most balls in the league with 41.

Wilson is someone you should be buying into this offseason since 2022 quarterback draftees don’t have Wilson’s skill set. Wilson was someone I was high on due to his IT factor, accuracy with the deep ball, and his rushing ability. While his rookie year wasn’t great, he dealt with one of the worst lines and had his top 3 receivers in just two games this season. The Jets are just going to continue to build around the young quarterback.

Michael Carter eventually outshined what seemed to be a three-way committee early in the season. The early-on issue with Carter was that his best stretch of the season was week 7 to 12, in which Zach Wilson played zero part in that. Carter averaged three targets with Wilson but got up to six targets a game with the Jets backup guys. You have to wonder if Carter will reach that consistently with Wilson.

Carter was 12th in yards per reception, finishing with an average of four yards per carry. He showed he could be a three-down running back, which was a trait not many draft experts thought he could. He controlled 41% of the carries in a three-way committee for parts of the season. Tevin Coleman is likely on his way out of New York, who had 83 carries this season, and Ty Johnson seems to lose the coaching staff’s trust late.

I’m not sold that Carter will turn into an RB1 in his future season. Carter has an opportunity to be a solid RB 2 in his career, but I don’t see him getting the workload we would want. I’d expect the Jets to bring in a veteran to complement Carter’s skill set. Carter could be a solid piece to trade away to gain a workhorse running back.

Elijah Moore took some time, but he showed us the electric playstyle he had coming into the NFL. His rookie year dealt with injuries and a slow start for the Jet’s offense. It wasn’t until week seven that he scored his first touchdown that showed us WR 1 potential. From week 7 to 14, Moore was WR 5 and played with four different quarterbacks. Most of those games were without Wilson, but in two of those games they did play, Moore saw 20 targets combined.

Despite Moore only playing 11 games, he led his team in targets. He will look to improve on getting to a faster start and hopefully playing a 17 game season. The return of Corey Davis and the likely departure of Jamison Crowder should pave the way for more opportunities for Moore. If Wilson can improve, there is no doubt Moore could see 100 targets next season. There hasn’t been a 100 target Jet receiver in two years. Moore should be a buy anywhere you can get him. While it may cost you slightly, he will put on a show.

Yes, Corey Davis should be considered a buy low right now. Davis isn’t someone anyone is talking about with so many young receivers like Moore, Davis’s potential is an afterthought. Before getting put on IR, Davis was in a nice pace of 900 yards and 11 touchdowns over a 17 game season. He put up over 300 yards and four touchdowns with Zach Wilson. There was camp hype that Davis was Wilson’s favorite target, and it showed early on. They did sign him to a decent contract, so expect Davis to be ready by next season.

I understand why no one is talking about Davis. He has only played one full season in his five-year career. Of course, health is a significant factor that many fantasy owners want in a player. He averaged 11.2 fantasy points with a poor Zach Wilson at the time. If you are looking for depth, a receiver like Davis opens up a buy-low window to contending teams. While Davis may never live up to his potential being drafted 5th overall, he still has value as a flexible depth piece for fantasy owners.