What went well for the Titans in 2021? How will the team’s biggest offensive weapons fare in 2022? 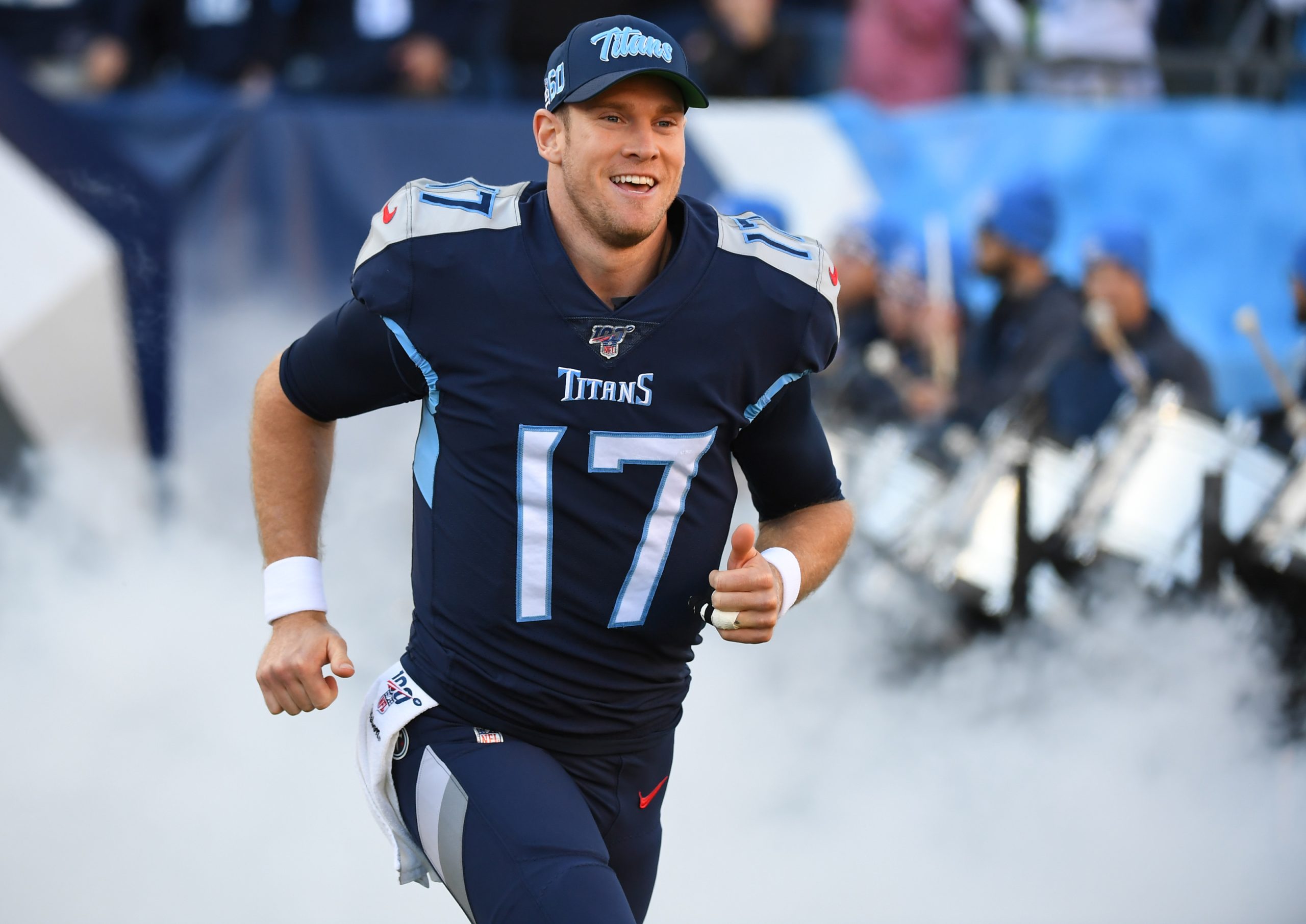 Did We Meet the Real Ryan Tannehill this Season?

Since taking over mid-season in 2019, Ryan Tannehill has been a fantastic fantasy quarterback. In 26 games before 2021, Tannehill had 6,561 passing yards, 55 passing touchdowns, and just 13 interceptions. He also gained a slight rushing floor with 451 yards with 11 rushing touchdowns. He looked to shake off his past from Miami to be a reliable fantasy quarterback that everyone wanted in dynasty.

In 2021, there seemed to be lousy energy around Tannehill as he finished the year as QB13. It doesn’t sound bad, but the expectation we’ve seen over the last two years has been a top-eight fantasy producer. Tannehill seemed to regress as he threw fewer yards on more completions and had 12 fewer passing touchdowns. Tannehill also threw 14 interceptions, the most since his days in Miami, which was the norm for him. He was ranked fourth in danger plays and third in interceptable balls. Tannehill struggled with a 63% completion rate and a 4/7 touchdown to interception ratio in the five games they lost. Is this the real Ryan Tannehill we should expect moving forward?

Tannehill had a lot to deal with this season. He played as a QB1 the first eight weeks of the season when he had his team primarily healthy. Following week eight and beyond, Derrick Henry went down with an injury, AJ Brown missed three and a half games due to injury, and Julio Jones only played four games in the second half. Tannehill was playing with many second and third-string receivers. What mostly kept Tannehill alive in fantasy was his rushing floor. He had seven rushing touchdowns and now 18 rushing touchdowns in two and half seasons with the Titans.

I don’t think Tannehill is just going to revert to his Miami days after this down season. An entire healthy team around him should keep Tannehill in that low-end QB 1 discussion in fantasy. If Brown, Jones, and Henry can stay healthy, Tannehill should regain that passing form we saw in 2020. Tannehill is a hold in dynasty leagues, and this season shouldn’t turn you off him just yet.

Can Derrick Henry Bounce Back or Have We Seen the Last of the King?

If you have been reading my articles, I might have mentioned the running back decline a few times due to age and usage. Henry is just that at the ripe age of 28 and seen on average 278 carries each of the last four seasons. In fantasy, we’ve loved Henry for being able to produce 5,563 rushing yards and 55 rushing touchdowns. Are the recent injuries and other factors dropping Henry for star power in our dynasty leagues?

In 2021, at the age of 27, he finished as RB14 with 937 rushing yards and ten rushing touchdowns. While Henry has never been much involved in the passing game, he was on pace for a career season in targets, receptions, and yards. Henry did all this in eight games this season, which is even more impressive.   He got knocked out with a broken foot which sidelined him until the divisional round of the playoffs. Thankfully, we won’t have to wonder all offseason about the injury since we got to see him perform. He didn’t come back and play minimally either, and he had 20 carries in a loss to the Bengals. The downside is that he only ran 3.1 yards per carry.

Henry is a beast of a player and could follow some other great backs and still produce in the later age of his career. Adrian Peterson had three 1,000 yard seasons after 27 years old. Frank Gore put up another five 1,000 yard seasons after 27. If we look at usage, Gore had 1,371 carries, and Peterson had 1,847 in total. Henry has 1,557 carries. Henry didn’t see the early season workload as he only had high usage over the last three seasons.

I genuinely believe Henry can return as the King. He was on a career pace at the age of 27 years old. He is in an offense that features him and will likely take off the pressure from Henry with a healthy passing game. I think they found someone in D’onta Foreman who can be put in at times to keep Henry fresher throughout games. He is a sell-high option, and you shouldn’t take a discount for Henry. A first-round and a quality player should be minimal what you take back from him. You aren’t likely to get the deal you want for him in the offseason, but if you wait until the season and let him show fantasy owners, his value will skyrocket. Henry is a unicorn in a dying workhorse running back era.

Can AJ Brown Rebound as a Top 5 Dynasty WR?

Ever since his rookie season, Brown has flashed potential as a top-five dynasty wide receiver. After a strong 2020 season, many had Brown in their top five rankings. He produced over 2,000 receiving yards in his first two seasons and caught 19 touchdowns. Brown showed his electric speed and route running, leading to high receptions and big plays for fantasy players. He finished 2020 as WR9 despite missing two games early in the season.

In 2021, Brown was very boom or bust in his fantasy production. He produced three games at the elite WR1 level, where he had at least 130 yards and a touchdown in those games. In the remaining ten games, he had 436 yards and two touchdowns. Fantasy owners were frustrated all season with his lack of consistency in the fantasy points since just three games made up 46% of his total fantasy points.

Other issues with Brown are injuries and trust in the offense. He has missed seven games over the last two seasons. While Brown is tough as hell, you have to wonder if his knees might prevent him from a long career. He had off-season surgery in 2021 to clean them up. The scheme of the offense and their run-first approach, as we’ve seen too many times this year, that Brown didn’t have a ton of big games. When you have a run game that can produce 150 yards each week, the need to pass often does not come up, especially for the Titans. Brown will get his blow-up games, but the rate of him doing that could be concerned moving forward.

I have Brown outside of my top-five dynasty receivers. He is talented and deserves a top ten spot since he is very gifted. He has been a touchdown machine with 24 of these three seasons. Brown currently has his yards per reception drop each season to the point he was averaging 13.8 this year after this fantastic 20.2 his rookie season. You should be happy to have Brown is still a top ten dynasty receiver on your dynasty team, but I don’t believe he has many truly top five elite seasons in him.