Bringing you an exclusive breakdown of these fantasy relevant players and how long they are sticking around in the Top 10. 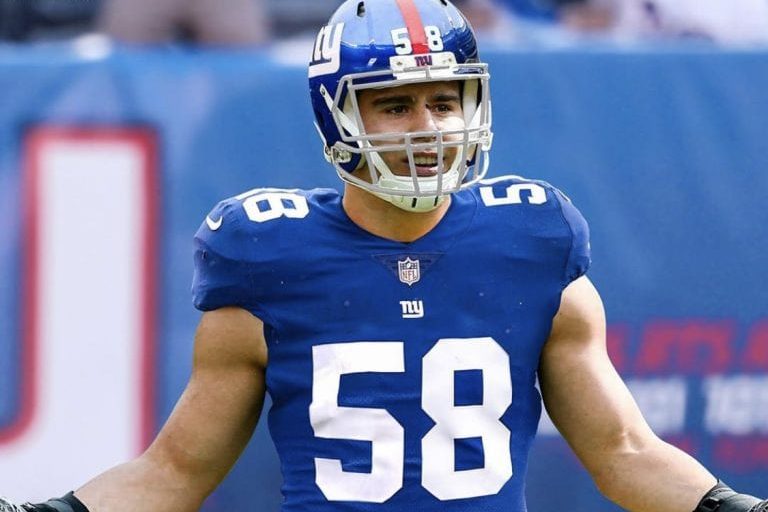 After a gut-wrenching first two weeks of the NFL season, Week 3 was a bit better in the injury department. Also, we are getting a better understanding of how teams are using their players. As we get more information waiver wires are going to be getting thinner and thinner.

At the end of week 3, Mr. Martinez is the #1 player in 123 IDP Scoring with 100 overall points. Don’t expect his reign at the top to end anytime soon. As he is one of the most sure tacklers in the league, and his effectiveness in the center of the Giants’ defense is phenomenal.

Hope you all read last week’s article that recommended acquiring Maye, as the buy-low window is closed. Coming in at #2 overall with 99 points, he is playing the Jamal Adams role to perfection in blitz packages and coverage. His fantasy relevance isn’t going anywhere.

Been high on Baker all offseason he checks in at # 3 overall with 98 points. He has played 30 fewer snaps when compared to the rest of the top contributors at the LB position after being limited in the opening week.  Now playing full time shouldn’t be a surprise to see him doing this well. Has started his career in Miami on the right foot. Is well on his way to being one of the top linebackers in the NFL.

Yes, you are reading correctly that a cornerback checks in as the #4 overall player on the season. Hilton isn’t playing like a normal CB in the Steeler defense, but is acting as more of a blitzing corner. With 98 points scored on 138 snaps, making him an effective IDP player. Has been wasted on the waiver wire in a lot of traditional leagues. I’m not sure that he is going to stay this hot, but look for him to stay in the conversation of top CBs in the league as far as fantasy points are concerned

Checking in at #5 overall with 96 points, this young man is crushing it. In just his second year, White isn’t going anywhere, as most are already well aware. He has an excellent front line that gives him the ability to be a true roaming Mike linebacker, and you can see the dividends that role pays.. You’re not buying him cheap anywhere, and I foresee a top 3 end of season finish.

The #6 overall with 94 points, Jack has been the “Comeback Player of the Year” on defense after nearly everyone had written him off (and don’t act like you all didn’t because i have been seeing it). Preaching about his move to the weak side from the middle, and now he is the best WLB in the NFL. Some may still sell him because he is a Jaguar; that’s fine, take him on a discount and enjoy.

My #1 overall preseason pick has started out slowly, coming in at #7 with 91 points. Top 10 isn’t shabby at this point, but my expectations are that you will see him in the top 3 very soon. With the loss of LVE to another neck injury, he is the man in the middle of the Cowboy defense. 51 consecutive starts with an improved pass coverage game “DO NOT SELL THIS MAN!”.

Coming in at #8 with 91 points, the second Buc on the list has also been very effective.  High motor players like David are loved by coaches and fantasy managers alike. It doesn’t hurt that he seems to be having a friendly competition with Devin White for most tackles on the team. It’s hard to see his production taking a step back any time soon in this defense. Enjoy the fruits of getting him at a bargain, with most owners fading him too long on draft day.

Surprisingly #9 overall with 90 points, the man who hasn’t played in 4 years is suddenly a candidate for comeback player of the year. He registered 3 sacks this past week, but what stands out even more for me is his 20 tackles so far. Aldon is playing at a high level right now for the Cowboys defense, and surely isn’t taking it for granted considering that he didn’t know if he’d ever play again not too long ago.

Rounding out the top 10 with 87 points is an All-Pro Middle Linebacker, even if not everyone realizes it. With 33 tackles in the early part of the season, he is more than meeting the production expectations I had for him. Sure tackling make him an LB1 week in and week out at the helm of the Viking defense. Buy him if you can, but he may not be as cheap anymore.

The General comes in at #11 with 86 points, this man will be cracking the Top 10 in short order. He is the best linebacker in the game.

Newly acquired safety ranks #12 with 86 points and will also be in the top 10 soon enough, Adams already has 2 sacks on the year to go along with 23 tackles. It’s only a matter of time before the best safety in the NFL checks into the top 5.