Fun Dynasty Leagues to Try in 2022

Are you tired of the same old dynasty leagues? @CoachStevenP shares some fun twists to try in 2022. 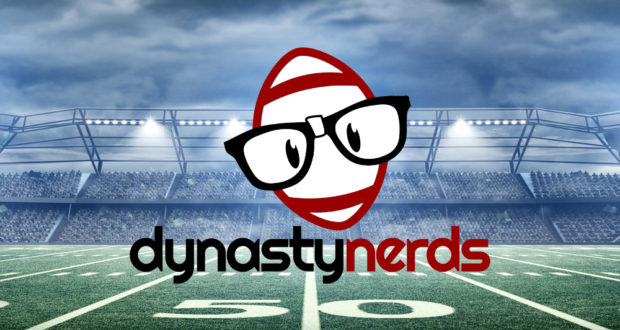 So dynasty fantasy football is all types of fun! There are many ways to play dynasty since regular dynasty leagues can get boring quickly. So why not mix things up and try new ways to play the game we all love!

So let’s say you play in standard dynasty leagues with a regular one QB, two Rbs, two WRs, a TE, and a Flex. That’s boring! Below will be many ways to spice up your dynasty experience. So perhaps as a dynasty fan, you want to start small with your spicy to your leagues. There are many ways to do that, whether it’s the type of positions you have starting or mixing up the scoring system.

SuperFlex: Clearly, it’s becoming the new normal as you add a Superflex spot that allows you to play two quarterbacks in your starting lineup. It will completely change the league’s viewpoint on the position as it becomes precious to owners. It makes the top-tier quarterback to the level of workhorse running backs. The lower-tier QBs are the most interesting since you’ll likely need to start one of them each week.

TE Premium: This one is more of a scoring spicer as in tight end premium leagues, the position will receive a boost in receptions over receivers and running backs. You may have clear fantasy players, say .5 TE premium or full point TE premium league. It makes the tight end position more interesting for fantasy.

Make it three starting WRs or RBs: It’s just another way to make the league more competitive by focusing on these two positions. Usually, folks do one or the other, but three WRs usually will balance out the running backs since you are forced to start three WRs. Adding more starting positions makes the league most competitive and essential to having depth.

Add some IDP: IDP stands for Individual Defensive Player. IDP is still new for many fantasy players as it is an area where not many have ventured. Just one spot added could make a difference to fantasy lineups. The scoring for IDP can be an eye-opener in matchups. Unlike the offense side of the ball, not all-star defensive players are good for fantasy as sometimes it’s just the regular fantasy players who are the studs in fantasy.

Getting out of your comfort zone:

IDP Only League: As mentioned above, IDP is still new to many fantasy owners. It’s a fun way to get into the other side of the ball since the scoring is wild compared to the offense. You can produce points by tackles, sacks, INT. pass-deflect, 3rd down stops, and many more. It could also make you a better dynasty owner since you’ll gain knowledge of defensive players to understand offensive players’ matchups better.

Expand the league: The norm of dynasty leagues is a solid 12 man league, but why not get into 14 or 16 man leagues where you need to know your fantasy knowledge and bet on yourself to learn the most profound fantasy players. While the waivers will be less active, showing other owners your skills will be well worth it in the end.

Best Ball Dynasty: This is becoming popular with many fantasy players who love to draft. If you don’t know what best ball is, you draft a roster, and then the software automatically fills the weekly starting lineup with the highest-scoring players. There is no need to figure out which players to start. It takes the stress out of losing a week because you put the wrong player in your lineup. In best ball dynasty, you still make waiver moves, trades and have rookie drafts.

We are in a whole new area now!

Contract Leagues: Contract Dynasty Leagues are still on the newer side since many apps don’t have this fantasy style perfected, but you can manage around it. So contract leagues are when you assign a dollar amount for each player, and you can keep them on your team for several years based on the contract you give them. While some base it on NFL salaries, you can just come up with your numbers. Most folks will also combine it with auction leagues since you’ll use your funds to bid on the players you want. Some apps work with this, but you can use your favorite and keep a league spreadsheet.

32 man leagues: This is a spin-off of trying a 14 man or 16 man league but to the extreme! The reason for a 32 man league is to use the active NFL rosters as a starting base. Each owners’ starting roster will be the roster of an NFL team. If I draw the Chiefs, I’ll have Mahomes, Hill, Kelce, etc. Usually, this type of league will have both offensive and defensive players. You’ll want to make sure you know the depth charts of every team, and having a long-term QB is also essential.

NFL Coaches Leagues: this is a league that I made up personally. I based it on how real NFL coaches get treated in the NFL. Most NFL coaches only have so many years to succeed or get the boot. Let’s bring that to fantasy football.

So what I did for this type of league is that owners must make the playoffs every 2 to 3 years or get fired from their team. You’ll have to find a new owner at the point. Each time they make the playoffs, they get that extension for another two years in the league. Also, I made it that owners need to win the championship every six years or be fired. Even if they are a team that made the playoff each year doesn’t save them from being fired for not winning the championship. We can have a Marvin Lewis type of coach in the league. If you choose, you can usually just do offense players or mix in some defense. Folks seem to like the pressure of the possibility of being fired.

Coordinator leagues: the Coordinator league is something new I’ve thought of. This league is separated into two leagues. One league has only offensive players, and the other has defensive players. They will play the season out like any regular dynasty league. The catch is that their combined record will determine who makes the playoffs and draft order. Like in the NFL, you need both sides off the ball to win to be successful. Of course, there are years where teams’ offense carries and sometimes when the defense carries. You have to trust your partner’s ability to help you win a final.