Hey Green Bay, How Deep is your (Jordan) Love?

Aaron Rodgers has the whole NFL waiting for a decision. In the meantime, Green Bay has to realize how much they love Mr. Love. 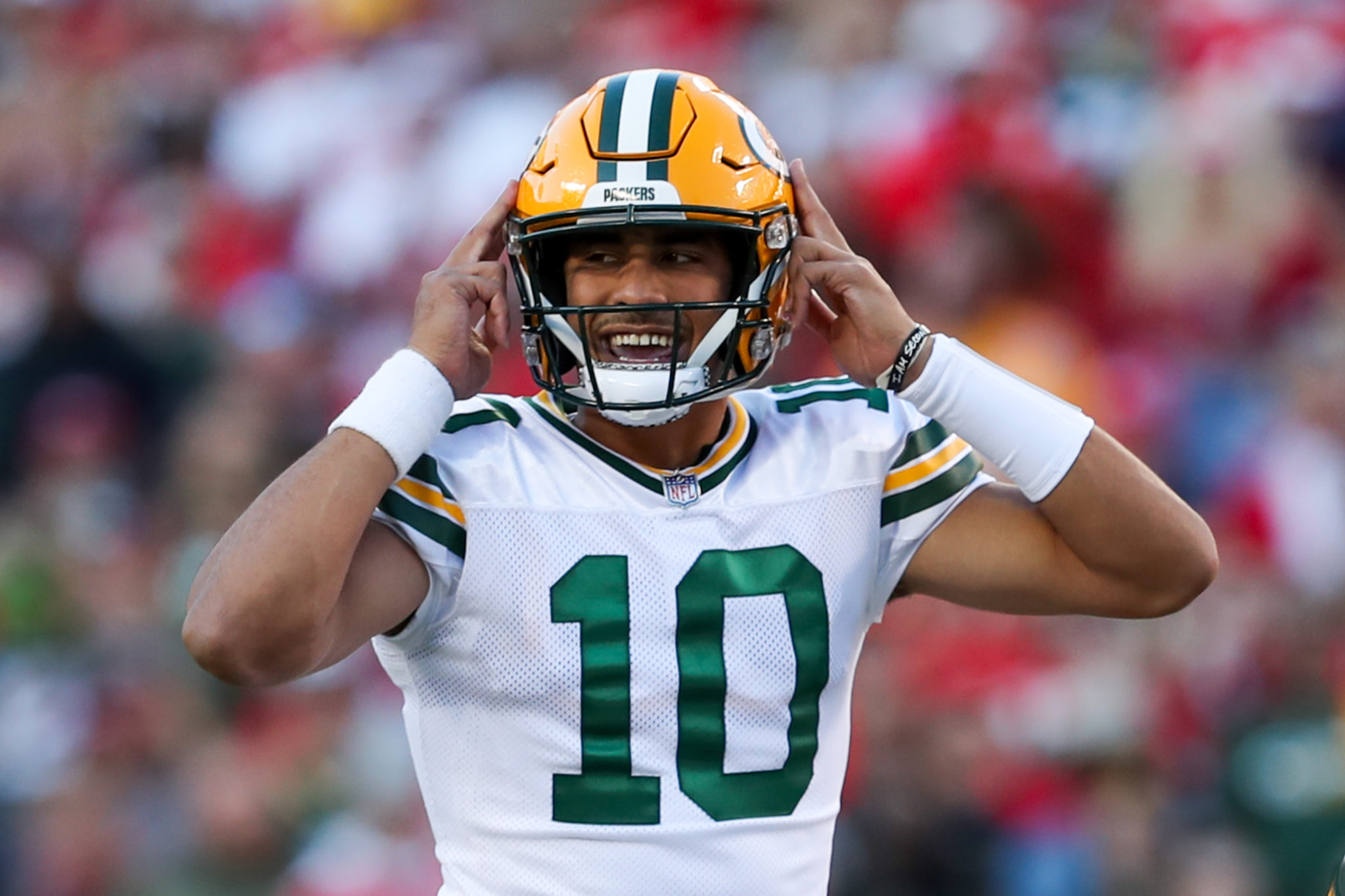 Contrary to many analysts’ predictions, Green Bay decided to take the QB out of Utah State in Jordan Love instead of taking the offensive playmaker they have been desperately looking for. Once the pick was announced, Green Bay fans quickly had flashbacks to when they selected Aaron Rodgers when they still had Brett Favre under the helm.

While the future looks murky for the franchise, the Packers’ leadership has to decide how much they love their first-round QB.

Who is Jordan Love?

Utah State was the only FBS program to offer Love a scholarship. Even after his promising final season at Liberty High School, where he threw for 2,148 yards and 24 TDs. He also rushed for 806 yards and eight TDs.

In 2018, he ranked eighth in FBS with 32 TD passes in only 13 starts. Even with all of the turnover in the offense while at Utah State, many of his flaws were his own doing. His accuracy took a step back, and he was noticeably taking much more time to decide the pocket. Even with the arm strength to fit the ball into tight windows, he didn’t possess the eye discipline to help him develop.

Coming into the draft, NFL Next Gen Stats gave love a 6.36 prospect grade.

Is Green Bay Ready to Commit?

At any moment, Rodgers will announce what he is going to do in 2022. Will he retire? Is he going to be traded? Who knows?

Love has started just one game in his NFL career and leads to the young QB’s general mystery. Many reports have come out lately saying that there is not much optimism in Green Bay for the future of Love. General Manager, Brian Gutekunst, has said that he is not entertaining any trade offers for his 23-year-old QB. It leaves us wondering if he is, indeed, going to be leading the Packers offense in 2022 if Rodgers was to leave.

This offense could look completely different next season. Nathaniel Hackett has packed his bags and headed to Denver to be the new Head Coach there. Davante Adams could very well follow Rodgers out of GB due to the cap issues they are currently facing. The backfield seems to be the only thing they have returning with Aaron Jones restructuring his deal and the emergence of AJ Dillon after this past season.

If Rodgers is gone, you have to believe the Packers will give Love a chance to prove himself after drafting him in the first round as the heir apparent to ARod. Given the fact that he doesn’t have much experience as an NFL starter, Love should see an opportunity to make an impact at the NFL level.