How to have the Perfect Dynasty League

Start up season is here. @CoachStevenP is here with some advice for setting up your new league. 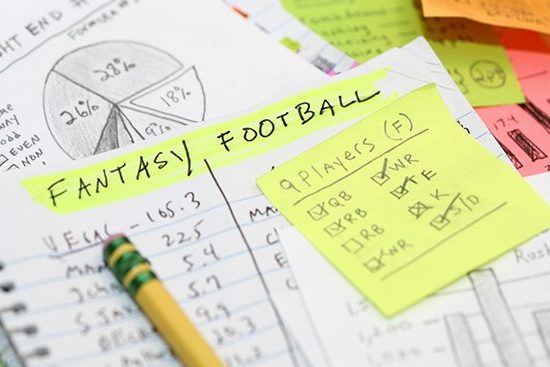 How to do a fair and fun Dynasty Startup!

When doing a dynasty startup draft, it’s essential to ensure that you have good active owners, everyone has paid before the draft, and everyone understands the league’s settings. Many commissioners have different ways of handling the draft order for the startup. They could include veterans and rookies in one draft, which many like to do, or have two separate drafts, one veteran and one rookie. To bring more fun to the league, start with two drafts since it’s more exciting than one big draft. To handle the draft order, the best way to do it is by derby style. Derby style is done by creating a random order in which the owners will pick which spot they want in either the veteran or rookie drafts.

This helps give owners more control of their draft than just relying on a random order or something else to determine draft orders.

The typical league size for a dynasty league is a 12-man league. A ten-man league can be too easy to have a stacked team. A 14/16-man league can kill too many teams if certain events go poorly in the league. Regarding roster size, 28 is a solid number to start a league with ten starters and 18 bench spots, plus the four taxi squad spots. You could always twerk the size if you want more activity on waivers. Within the starters, a standard should be QB, RB, RB, WR, WR, WR, TE, 2 Flex, and SuperFlex. Taxi squads should follow a basic set of rules: ONLY rookies can be put on the taxi squad, but those players can stay on for two seasons. Also, making the deadline to put rookies on the taxi squad should be at the start of the regular season.

Regarding scoring, please make it simple; usually, whichever platform standard is, that is what you should go with. One way to spice the scoring slightly is to go tight end premium (TEP) which gives tight ends more value, but it’s the basics of a solid league. Waiver wire should be based on free agent acquisition bidding (FAAB), with daily waivers occurring. Having waivers open on Sunday will go over well with other owners. The playoff should be of six teams, with the top two teams getting a first-round bye.

To have a fair playoff seeding, usually doing it by record with the 6th seed getting in by most points forward, is a solid concept. It gets good teams in. Plus, it helps that team getting screwed most of the season into the playoff for good competition. For non-playoff teams, using a max points system is the best way to avoid teams bailing mid to late into the season. Some owners who sit at 2-8 have nothing to play for and usually become less active in attempts to tank. Entering a max point system will force non-playoff teams to play or make trades to improve their future team rather than let good fantasy players sit on the bench.

Trading is also very important since you should only stop trades from happening if it’s completely lopsided. It would help if you had rules about trading future picks to make the league run smoothly. Leagues can fall apart if owners trade away all their picks and leave the league. You are then left with a pile of garbage that will be hard to fill. No matter which round picks they trade, forcing owners to pay up will help keep the balance in the league.

As a commissioner, you have a critical job: keeping the league entertained all season long. Knocking out any possible questions about rules and policies before the seasons start is essential. It would help if you considered any potential questions from whichever situation. You want to avoid an all-out war between owners in mid-season, as they would destroy your league. Creating yearly league polls is excellent to spice up your league if you choose to do that. Some platforms have poll settings but using google forms is a perfect tool for asking league questions.

Be an active commissioner, or get a co-commish. Answering all the questions and approving trading promptly will keep the flow of your league going. Communicate with other owners about actual dates, whether it is league fees, rookie drafts, or just the start of the startup.

It’s essential to keep active in the league and listen to what your league mates are trying to tell you. You will need to be able to deal with challenging situations and adapt to the league as it changes over time.

If you liked this article, please be sure to check out other related articles coming soon which involve spicing up your dynasty league or exploring different ways to play dynasty.