How to Navigate the Dynasty Offseason

Struggling to make it through the Spring months with no football? @noahrwright breaks down how to navigate the dynasty offseason and take advantage of buy and sell periods leading up to your rookie drafts! 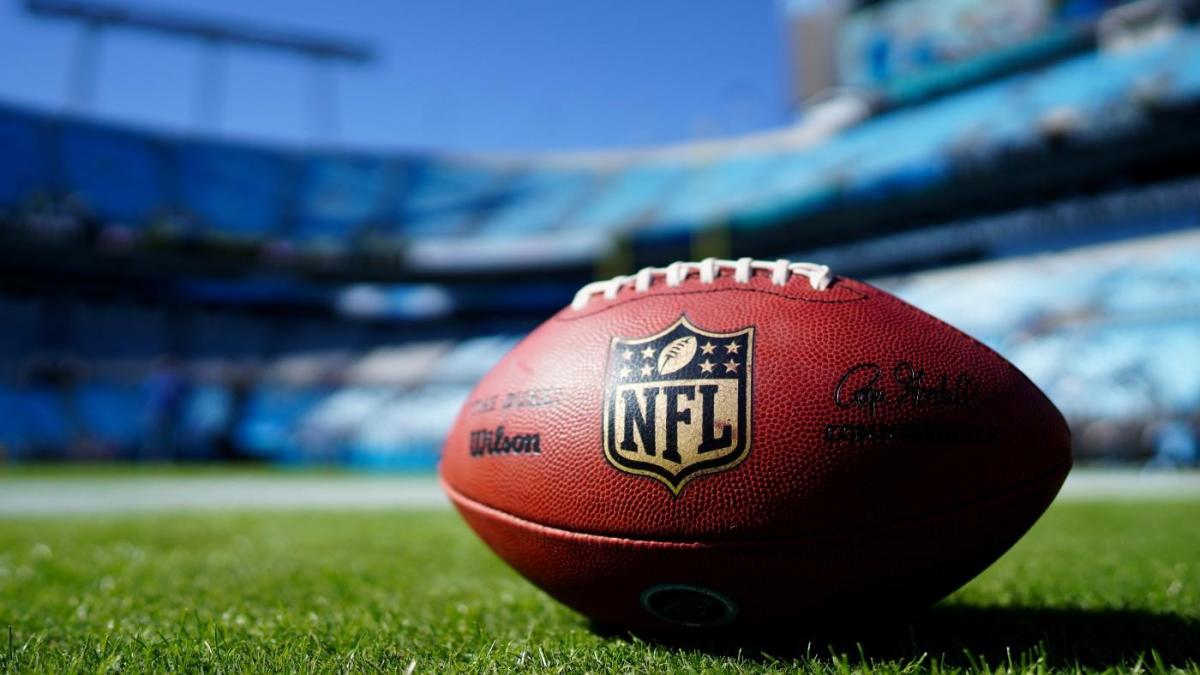 As I’ve finished up my first dynasty season ever, I’ve begun to feel the withdrawals of no fantasy football. The league starts to become less active, and the yearning to create more trades increases with every passing day. I must remind myself that dynasty is all about the TIMING. There will be different windows that open and close depending on the player. What separates a great fantasy manager from a good one is the recognition of these windows. Therefore, let’s go over the keys to having a productive offseason.

Figure out the Team Needs

Whether you’re coming fresh off a championship or you ended up with the 1.01, the early months of the new year are crucial to figuring out who you want to become. The first step is figuring out your team’s weaknesses and finding suitable trading partners. One of the best ways to accomplish this is using the DynastyGM League Analyzer tab. This tool allows a dynasty manager to see the value of each team in his respective league. The manager can see where each team is sufficient in a specific position and where they could use some work.

For example, if you are ranked #1 in WR but are #10 at RB, find someone who is in the opposite situation. Using this tab is extremely helpful to figure out regardless of your team’s composition, there are always holes to fill. If you want to use this tool and get the edge over your league mates, use code Noah22 for 15% off your DynastyGM subscription!

Now that you’ve decided how you want to fix your team, it’s time to think of some moves. Perhaps you have a plethora of younger running backs (example: Swift, Najee Harris, Javonte Williams, Jonathan Taylor) and are willing to trade to gain that generational WR (Justin Jefferson, Ja’Maar Chase) or better depth. If you are in the phase of rebuilding, sending off an aging veteran to a contender for a package of picks should be something to look at. On the flip side, if you feel that you are contending and are missing that one piece or are worried about depth, sending away some picks that may not even turn out could win you the championship.

Here are some trades that I would try as both a contender and in a rebuild. I’ll be using a league that I’m in as an example of how to take a middle-of-the-road team (Team #1) and figure out what trades to make, whether I am contending or rebuilding. By using the trade calculator tool provided by DynastyGM, I was able to find similar values for both sides. All trades are 12-team, Superflex, tight-end premium. 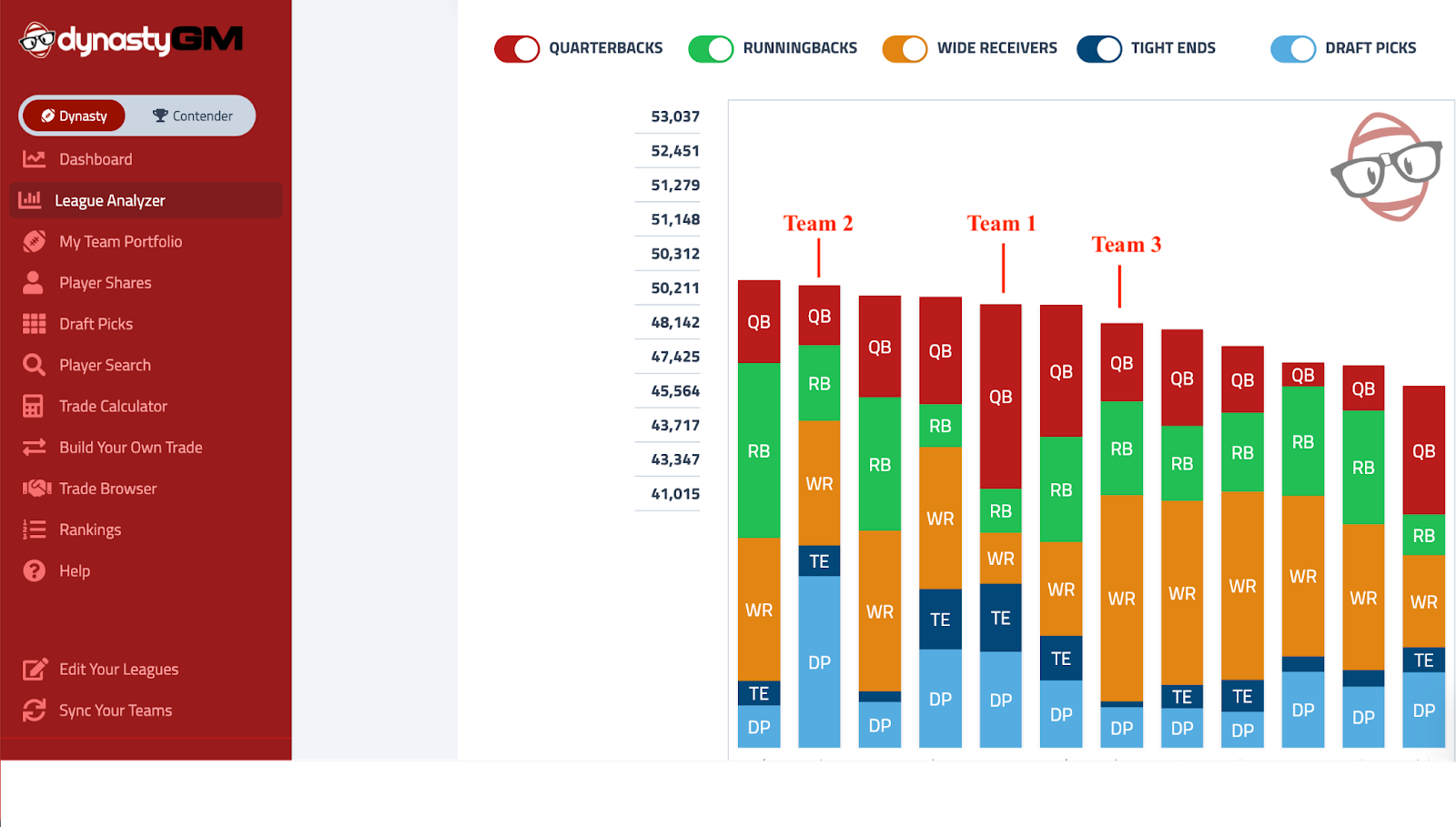 Rebuilding Trade for Team #1 with Team #2:

With the recent news of Deshaun Watson being cleared of legal trouble, it appears that the QB’s trade sweepstakes are back on. Many NFL teams have seemed interested, such as the Seahawks, Panthers, Buccaneers, and Steelers. Regardless of where he goes, his value just skyrocketed. If we are going into rebuilding mode, getting a younger, less expensive QB paired with a top pick will be a decent return.

Rebuilding Trade for Team #1 with Team #3:

Because we already have Patrick Mahomes and Trevor Lawrence, getting rid of Watson for the reasons above makes sense. We will be getting back a 1st round pick in a strong draft class next year with QBs like C.J. Stroud and Bryce Young. Also, our RB and WR depth is nonexistent at the moment, so getting back a young WR and RB will help kickstart the rebuild. Even though Aaron Jones has a large contract in Green Bay, I do not think he will be the RB of the future beyond this year. A.J Dillon seems primed to take over his spot soon.

Contending Trade for Team #1 with Team #4

In 2022, selling picks for known commodities would be the best move if we are trying to contend. Diontae Johnson seems to be heavily underrated with the question mark at QB in Pittsburgh, and Harris is a solid RB for a mastermind coach in Bill Belicheck. I believe that Johnson has a solid chance to be a WR1 again this year, even with no Big Ben.

Contending Trade for Team #1 with Team #5

Our current running back room is pretty weak with Kenneth Gainwell as our RB2 after Antonio Gibson. Elijah Mitchell had a breakout rookie season with the 49ers and Kyle Shannahan, and a late ‘22 1st will be worth the price of a young RB who looks to be in the Top 24 for PPR leagues.

This is one of the biggest weeks of the year for the NFL. At this point, people are already missing football and will eat up any content. While there are certainly some fun aspects of the Combine for fantasy managers, most of the events that take place should not have too much impact on how you see a player. The tape from the college football season has much more value. The biggest way we will be impacted from a fantasy point of view will come in late April as scouts take their evaluations and use them in their drafting decisions.

However, this does not stop people from overreacting and getting excited about certain players based on their 40 times or broad jumps. This is the beginning of the two-month-long hype train for rookies, so capitalizing on this is imperative for a good offseason. If you are looking to purchase some picks for the draft, I suggest doing so before the Combine. This might not be applicable for this year, but keep this in mind for the ‘23 draft and on.

Starting this week, players will be making moves all across the NFL landscape. This action should stir up some league-mates to envy certain players who have favorable destinations. Some examples of this are Davante Adams (refusing the franchise tag), Christian Kirk, Chase Edmonds, James Conner, Michael Gallup, Allen Robinson, and especially Deshaun Watson. We’ve already covered possible trades for Watson on a rebuilding team, and the same applies to the other free agents. If you can take advantage of people following the money and receive some rookie picks, do so.

The final big event before the rookie draft! Draft capital plays a substantial role in the value of rookies, so paying attention to that will be important. This does not necessarily mean you should draft players in the exact order that NFL GMs do, but if you are in between two players of the same position and it’s close, this is a solid way to differentiate. As another plug for Dynasty Nerds, the Nerd Score last year had a higher correlation to fantasy output than NFL general managers. Essentially, our Nerds could figure out who would be better in fantasy than actual GMs. If you don’t have enough time to research or are worried about picking the wrong guy, join the #nerdherd to see the rookie rankings.

There is a lot of time between the Super Bowl and the beginning of the new NFL season. If you are anything like me, there will be many trades that you want to make, but the timing isn’t quite right. Don’t sell your rookie picks for less value than you can get them in the future! Understanding when to sell and when to buy during the offseason is crucial. You will thank yourself in the future when you did not send that one trade offer that would’ve been much better if you had just waited for the right time.