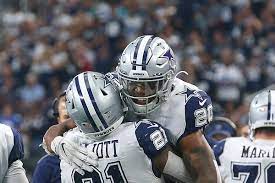 2020 was a victory lap year for zero-RB drafters. 12 of 13 RBs going in the first two rounds, according to 1QB startup mock drafts, would miss at least one game unrelated to teams resting their starters. Of that group, eight would miss multiple weeks due to injury. Savvy zero-RB drafters (or those speculating on increased uncertainty regarding the impact of COVID-19 on NFL) loaded up on backups in middle and late rounds of drafts. Those bets would prove to pay off. Players such as Mike Davis, Gio Bernard, and Wayne Gallman providing key depth pieces throughout the season. Were these players lucky waiver wire pickups, or can similar situations be identified for future years?

Expected Points–or EP–is a metric that uses historical NFL data to describe any given play’s value in any given situation on the football field. Using this metric helps to differentiate between a 1-yard gain on 1st-and-10 on a team’s 25-yard line or a 1-yard-gain at the goal line. Because this metric is calculated at the per-play level, you can apply it to individual players to better understand a player’s efficiency and value to a team.

In 2020, the league-wide Expected Points per Rush Attempt (EPRA) for Running Backs was -0.119. By comparison, the Expected Points per Pass Attempt (EPPA) was 0.06. This shows us that–at least on a macro scale–a running play, on average, negatively impacts the probability of a team scoring points. Conversely, a pass attempt increases the likelihood of a team scoring points. Ezekiel Elliott had 245 rush attempts in 2020 (including plays negated by penalty but still counted here), earning an EPRA of -29.82, or -0.122 EPRA (Expected Points per Rush Attempt)–2.5% lower than the league average for Running Backs. By contrast, teammate Tony Pollard earned an EPRA of -2.925 through 101 rush attempts for a -0.029 EPRA–over 75% higher than the league average. It appears that Tony Pollard was more efficient than Ezekiel Elliott over the course of the 2020 season.

What does it tell us?

As seen above, the one area where Ezekiel Elliott outperformed Tony Pollard from an EPRA standpoint was on first Downs–and even then, Elliott performed below the league average. Outside of first downs, Pollard was markedly more valuable as a runner not only compared to Zeke but to the rest of the league.

Some may argue that NFL defenses were likely more susceptible to stacking the box on plays where Zeke was lined up in the backfield–and this is a good theory to investigate further. According to Next Gen Stats, Elliott faced an 8+ man box on 22.95% of his snaps, compared to Pollard’s 21.78%. In other words, if each running back had 100 carries, Zeke would have seen an 8+ man box on just one more of his carries than Pollard.

Let’s be clear: it is extremely unlikely that the Cowboys would outright trade Elliott. However, there is a slight possibility (even a small one) that the ‘boys would trade him and an even higher likelihood that they elect to give Pollard more work in 2021. If any of the above scenarios were to occur, Pollard’s EPRA metrics would underscore the tremendous value he has as not only a handcuff but a leverage play over league mates.

Using a similar approach to other NFL teams, we can prioritize direct backups slated for starting-caliber numbers. This can be a low-risk, high-reward strategy and build a watchlist to build upon in the coming weeks leading up to the NFL draft. Similar to Tony Pollard, the players listed below had EPRAs that were either a) higher than the incumbent starter’s EPRA or b) boasted an EPRA that was significantly higher than the league average.

Last year, we were pleased to see how much of a game-changer Christian McCaffrey was after averaging over 30 PPR points a game and just playing three games. We were also horrified (or delighted, depending on which side you were on) to see how seemingly replaceable CMC was, with Mike Davis stepping up fill a large part of CMC’s role in his absence. CMC owners will be relieved to see that, unlike Zeke, CMC is not overrated with a respectable EPRA of 0.045. Mike Davis has moved on to Atlanta, leaving the door open for Rodney Smith (EPRA of 0.05) to contend for CMC’s direct backup. It would make my heart sad to witness the decline of CMC, but having Rodney Smith would help mitigate some of the risk and heartache in the event that happened.

Dillon HODLers were devastated with the news of Green Bay signing Aaron Jones to a long-term deal. On a positive note, Dillon can now be had at a discount. Let’s be clear: Aaron Jones is entering into his 2nd contract and is 26 years old. Historical data tells us that very few RBs retain RB1 status after hitting both of these landmarks. It is doubtful that Jones will play out his 4-year deal. Also, Jamaal Williams–who accounted for 28% of the team’s total rushing attempts in 2020–has moved on to the Lions, vacating an average of 8.75 rush attempts per game.

While the Packers RB unit as a whole was very positive overall (all 3 of Jones, Williams, and Dillon had positive EPRAs), it was Dillon that stood out with an EPRA of 0.138–more than double that of Jones. We saw the potential of Dillon’s athletic prowess in his week 16 performance against Tennessee, where he ripped off 124 rushing yards and 2 rushing TDs on 21 carries. Dillon is worth a buy not only in formats with deep starting requirements but as a prospective hold.

The end of the 2020 season and the offseason arrival of Matthew Stafford bodes very well for 2020 draftee Cam Akers. However, we already have a history of fickle behavior from head coach Sean McVay after two consecutive years of spending back-to-back day two picks on the runningback position. Henderson himself is no scrub, boasting one of the most productive collegiate performances to date. The key metric here is Henderson’s -0.012 EPRA to Akers’ -0.164. It certainly seems like the RB job is Akers’ to lose, but the benefit of targeting Henderson is the low cost combined with the high upside.

Let’s start by being very clear: Austin Ekeler has been very good since joining the Chargers as an undersized, undrafted free agent in 2017. Even his above-league-average EPRA of -0.098 during an injured season is respectable. However, Ekeler enters the same threshold of concern as Aaron Jones: 2nd contract and the age-26 season. On top of that, Justin Jackson boasts an EPRA of -0.044.

None of these players are guaranteed to make an impact on a dynasty roster in 2021. In fact, none of them likely do. However, a pillar of building a successful dynasty is rostering a team that is able to overcome the unpredictable nature of injury, pandemic, and age cliffs. An manager need not roster the starters in order to roster any of these players–in fact, owners that own primary backups often hold significant leverage if (and when) situations turn ugly. By using minimal resources to mitigate risk and bolster rosters, dynasty managers are able to build their teams for success.