Gage Bridgford (@GbridgfordNFL) uses air yards statistics to give you players that you should be buying ahead of the 2020 NFL season. 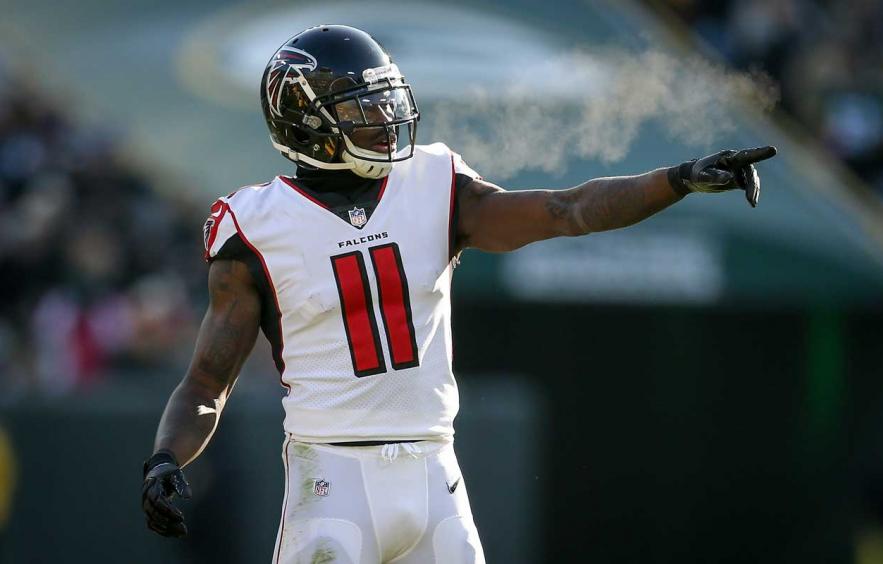 Josh Hersmeyer of fivethirtyeight.com came up with the idea of tracking air yards in order to apply it to football analysis in 2016. It gives you an idea of where players are receiving their average targets and how much opportunity they have to produce points in the world of fantasy football. Generally, when a player has more air yards, they likely had more targets thrown their way. Greater air yards equals greater opportunity. Simple enough, right?

Does having a high volume of air yards automatically translate to a high level of production? No. You run into players that are inefficient downfield threats that see their average target farther from the line of scrimmage, and they don’t always convert, which gives them more boom-or-bust opportunities. This is when we have to factor Receiver Air Conversion Ratio or RACR. Players that operate close to the line of scrimmage but turn them into a lot of yards after the catch generally have a higher ratio in this area.

Our final advanced stat of the day is Weighted Opportunity Ranking or WOPR. Players with more targets and a higher market share of their team’s air yards have a higher mark in this metric. This is where you see who a team’s true number one receiver is. When a team has multiple that might fit that spot, you can use it to separate one from another. The guys we’re covering today may not be at the top of any of these individual metrics, but it’s more than likely that they performed well across the board.

Most people would see this category and assume that they should look at players with a high average depth of target and number of air yards. That’s a simple way to see it, but that’s just to get a surface understanding of the statistic. I can see that Mike Williams and Curtis Samuel were both in the top 10 for air yards which is great, but neither of them finished as even WR2s last year.

The key to breaking down this metric is looking at their efficiency on that high volume of air yards. Julio Jones led the league in air yards last year, and he was 13th in yards after the catch. Not only was he catching balls down the field, but he was also doing something with the ball once he got it. He caught 63.1 percent of the balls thrown his way last year. You need to be looking at guys that are catching a good percentage, but they also have to do something more than be a jump-ball threat.

Let’s look at Samuel mentioned above for a second. I said he was in the top 10 in air yards, but he caught just over 51 percent of his passes. He had only 153 yards after the catch on 54 catches, which is 2.83 yards after the catch per reception. That’s not great. Throw in the fact that he had just 627 receiving yards on the year, and you have a guy who represents why this statistic can’t be trusted by just taking the face value.

A Good YAC is a RACR’s Best Friend

RACR is the ratio of a player’s receiving yards vs. their air yards. A player like Michael Thomas is the master of this category because he sees such a high volume of targets close to the line of scrimmage that allows him plenty of opportunities for yards after the catch. Unlike the previous statistic, you’re not going to see a ton of deep-ball threats here. You’re going to see all of those slot monsters.

Take a look at Deebo Samuel. Among receivers with at least 50 targets, he led the NFL in RACR at 1.32. In fact, he was so efficient after the catch that he had more YAC yards than receiving yards before the catch. This is one of the reasons that he has seen such a ridiculous rise in price that started late at the end of last season.

If you didn’t count any of Deebo Samuel’s yards after the catch, he would have just 318 receiving yards.

Among wide receivers with 70+ targets, that ranks ahead of just one player…

Players with a great RACR excel in creating yardage, but that doesn’t always translate to fantasy production. Dede Westbrook was seventh in RACR last year with a 0.99, but he finished as WR44. What are the factors we need to look at here? You want players that catch a high percentage of their passes while having a good amount of YAC ability. YAC isn’t always a replicable statistic, but it is a skill set that you can rely on in the right offense.

WOPR: What is it good for? Absolutely Everything

Our final metric before we actually start discussing players that you should be targeting is a weighted statistic that factors in a player’s share of team targets and air yards. Thomas, who led this metric last season, was in the top five for both air yards and market share. There was only one other player in that same category, and we’ll be discussing him a little later on. You don’t have to lead each statistic to be lead the combination stat, but you have to be good in all of them.

The primary way to use WOPR is when you’re trying to split hairs between players. You want to see which players see the most significant opportunity for success. Say you’re debating between D.K. Metcalf and Calvin Ridley. Each has their case to be taken over the other, and they have very similar ADPs. If you look at the WOPR for each player, Metcalf edges out Ridley by a few spots and gives you the better option for the price.

The final way to use it is when you’re trying to divide receivers on the same team. Last year, Chris Godwin and Mike Evans were both elite fantasy options, and they remain top 10 wideouts for dynasty owners. They have nearly identical ADPs, and each wins in different ways. Godwin excels in short to intermediate areas, and Evans has been an elite deep threat for years. WOPR would allow you to pick one over the other.

Put it All Together

Robinson falls off a bit in the RACR category, but he commands such a high volume of work, which offsets the inefficiency. Despite having an average depth of target of just 11.4, his 154 targets, which ranked third in the NFL, racked up the air yards for him. Remember when I said only one other player ranked inside the top five of the market share of air yards and team targets? Robinson was the other guy as he finished fifth and fourth, respectively.

Using ADP data from the last month, Robinson is WR27 in the middle of the fifth round. That puts him behind players like Michael Gallup, Calvin Ridley, and Tyler Boyd. All three of those players are talented, and they’re all solid options for fantasy. However, none of them have registered a fantasy WR1 campaign in their young careers. Robinson has two. It’s a smash pick if you can get him as a value in startups or in a cheap trade.

Unlike Robinson, the case for Christian Kirk is not as clear. He’s not at the top of any category. The Cardinals added one of the game’s best wide receivers to his team in DeAndre Hopkins. Despite all of that, I still think he’s a player you should be buying. Kyler Murray is heading into his second year at the NFL level, and Kirk will be fully healthy after dealing with a nagging ankle injury throughout last season. He averaged over four yards after the catch per reception, and Larry Fitzgerald likely has one season left.

One of the best things that Kirk has going for him is his low price. He has an ADP in the middle of the eighth round. If you have faith in Murray and Kliff Kingsbury, you should automatically have confidence in Kirk. All of the owners that bought high on him last offseason are likely looking to sell. Try and get him for a future second-round pick. You won’t regret it when he racks up 150 yards and three touchdowns in a single week.

I debated this final spot between a few different players, but once I saw his ADP, this was an easy decision. Landry has been one of the most efficient WRs in the game since he entered the league in 2014. He’s caught over 65 percent of the balls in his career, and he finished in the top 20 of all three metrics we’re looking at today. If it weren’t for teammate Odell Beckham Jr. ranking third in air yards, he likely would have finished in the top 10 of the list.

OBJ consistently got the conversation last year as the big-name guy, but Landry was the one that finished as a WR1. Landry had an average depth of target of 10.1 last season. Quarterback Baker Mayfield’s completion percentage was barely above 50 percent at that distance. He looks for Landry as his safety valve, and he does a great job of it. Going in the eighth round, with a great record of production throughout his career, he’s a player worth targeting right now if you’re looking to compete for championships.