Is patience paying off with Dawson Knox?

Is it time to get ahead of the curve on Dawson Knox. @Culture_Coach looks at the breakout candidate TE. 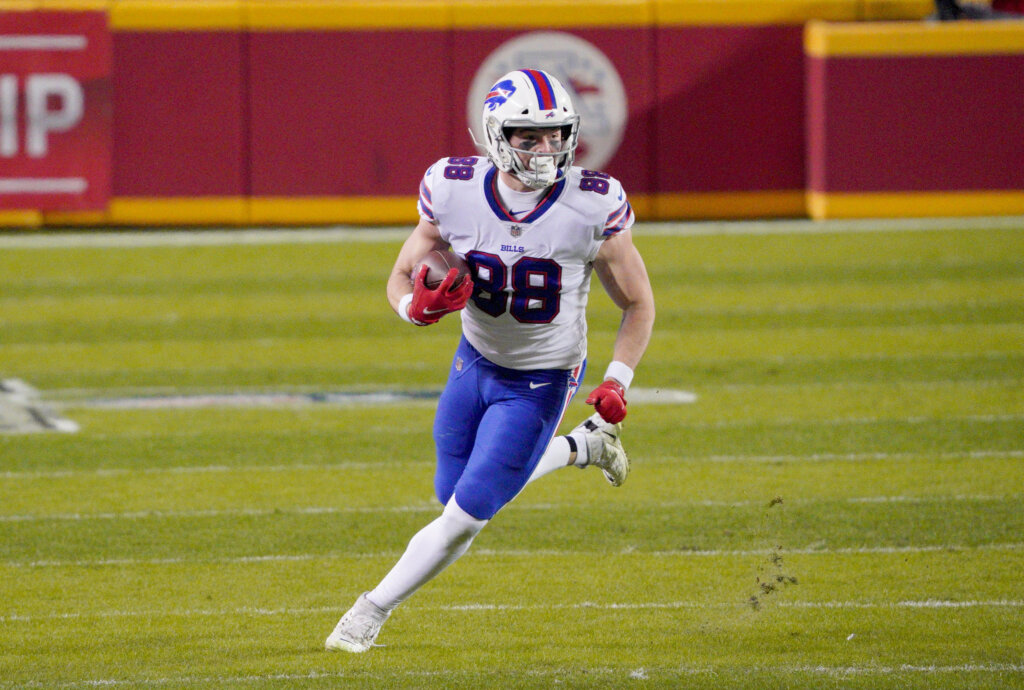 The 2019 tight end class provided fantasy managers with some future stars at the position. First round picks TJ Hockenson (2020 TE5)and Noah Fant (2020 TE9), are rising to top eight status. Second rounder Irv Smith Jr. (2020 TE22) looked poised to make the move as well, until injury knocked him out for the season. The rest of the 2019 tight end class was a mix of athletes with little TE experience (Kahale Warring, Jace Sterberger) or glorified tackles (Trevon Wesco, Drew Sample). Well, except for one guy who seems be blossoming in season #3.

Conventional wisdom states that it takes tight ends three or four years to get acclimated to life in the NFL. Tight ends have to learn blocking schemes, pass routes, coverage schemes and more. College offenses and defenses are typically less complicated than in the NFL. Because of the complex nature, consistent production comes a couple years into their career.

This brings us to Dawson Knox

Picked in the third round at #97 overall, Dawson Knox is the less heralded member of the 2019 Ole Miss receiving corps. You might be familiar with others-AJ Brown, DK Metcalf, and Demarcus Lodge. You can see why Knox might have go lost in the shuffle.

Knox caught 39 passes in 18 games at Ole Miss. At 6’4″ 254 pounds Dawson has the size to be a contributor in the run game, and most importantly, the want to. As you see below, Knox had 94 targets in his first two seasons and is on pace for 85 targets in season three.

This brings up to year three. The year when we see if young tight ends are going to take the next step. As a third round draft pick, Knox received just a four year rookie contract so he is playing for an extension. In a perfect world Knox would like to get a new deal next offseason. So, about that breakout.

Knox is off to a good start. 15 receptions and 4 touchdowns through four games. While Knox is not likely to maintain that touchdown pace, the target/catch pace is sustainable in the Bills high-powered offense. If Knox can maintain a 3.5 reception/game pace he’ll check in at 60 receptions and about 600 receiving yards. Let’s give him 7 TDs, that would put him at 168 points in ppr/non-tight end premium leagues. That should be good for TE 8-12.

You can see by the trades above that Knox is a good guy to get as a ‘throw in’ to close a deal. In pure draft pick terms, a late second round pick to early third should get it done. Buying now is a way to get ahead of the curve. If Buffalo does extend Knox, he will be tied to Josh Allen for the next three years. This could be a nice alternative to the ‘elite TE’ team build.