Is This the End? Who is Baker Mayfield?

Much has been said about Baker recently. Who is the former first-round pick, and is he worth investing in? 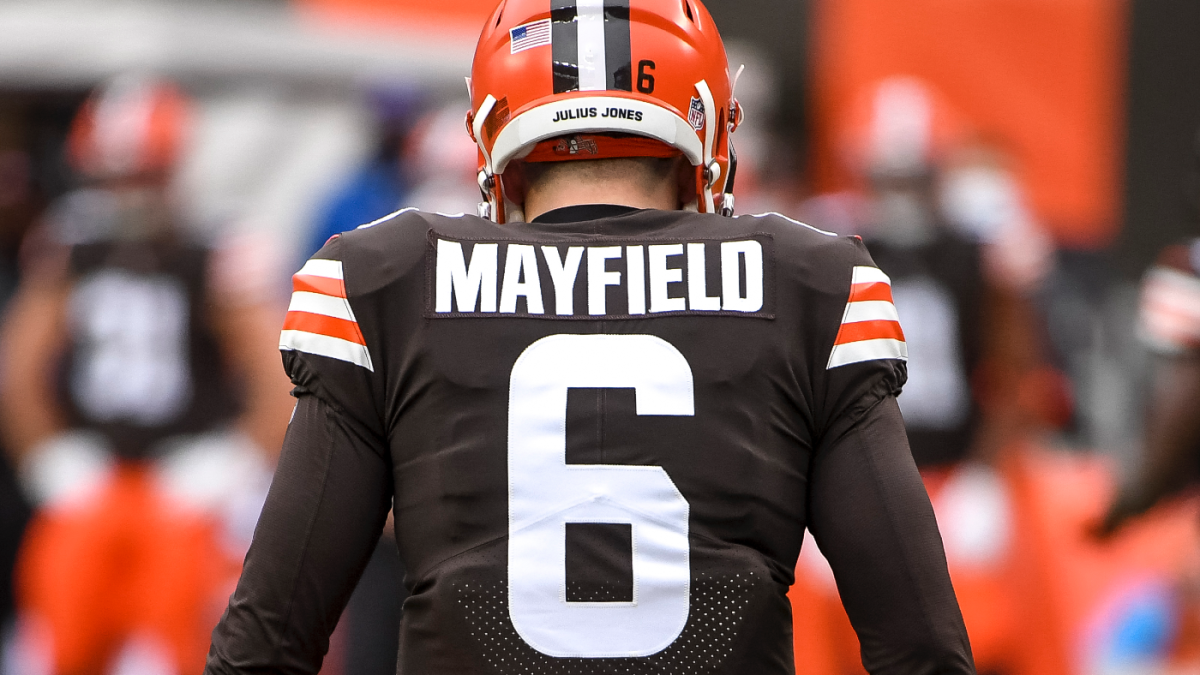 It is no secret that Baker Mayfield’s days in Cleveland are over. Even after initial reports of Cleveland being out of the Deshaun Watson sweepstakes, Chris Mortenson reported the Browns said they were looking for an “adult” at the quarterback position. Now, what is next for Baker, and will he be able to find a new home that will let him continue to be a starting QB in the NFL?

Cleveland took Mayfield number one overall in the 2018 draft out of Oklahoma. He finished his career as one of the most decorated QBs in college football history. Mayfield won the Heisman Trophy, Maxwell Award, Davey O’Brien Award, and the Big 12 Championship, leading to a spot in the 2017 College Football Playoffs. He completed 70.5% of his passes, throwing for 43 touchdowns, and only six interceptions, while also accumulating 311 rushing yards and five rushing TDs.

He was able to have all this success while being questioned due to his size. Baker was known to have the ability to process, extend plays and throw with accuracy on the run. He profiled as a “scheme-dependent” quarterback, which did not deter the Browns from making him the next QB in their ongoing carousel.

Baker’s first four seasons with the Browns were a roller coaster ride. He had a successful rookie season that saw him producing 27 passing touchdowns and leading the Browns to six more wins than in the prior two years combined.

Coming off a year in which he led the Browns to the playoffs, 2021 could be labeled a “disaster.” Dealing with a torn labrum in his non-throwing shoulder, Mayfield struggled to the tune of 3,010 passing yards, 17 touchdowns, and 13 interceptions while only completing 60% of his passes.

What’s Next for Baker?

We are now all waiting to see what team is willing to take the chance on Baker Mayfield in 2022. He has no future in Cleveland, and he made that clear in his open letter to the fan base.

The Browns aren’t the only organization that is seemingly out on Baker. They have struggled to find any takers for the 2018 first-overall pick and his $18.8 million cap hit for the 2022 NFL season. Houston, clearly, values what they have in Davis Mills this season after not taking Baker back in the deal for Watson. The Colts were rumored to be his preferred destination, but they just traded for the former-MVP Matt Ryan. Washington could have been another suitor before making a move to acquire Carson Wentz. Reports are now coming out that Carolina has more interest in, possibly, drafting Malik Willis in this year’s draft than taking on that contract. Detroit could be an intriguing option. By designating Goff as a post-June 1st cut, they can save themselves $10M, all while switching to a QB that fits the mentality of their head coach, Dan Campbell.

Ultimately, the Seattle Seahawks would be the best fit. After shipping Russell Wilson to Denver, they have officially moved into a new era. Drew Lock is the projected starter going into this season. However, he has not proven much in his time in the NFL. Seattle currently has over $20M remaining in cap space and could easily take on the one-year flier. Mayfield’s mobility in the pocket, and Pete Carroll’s affinity with a run-heavy approach, seem like a perfect match.

Seattle could take the one year of Mayfield and see if they can turn him back into the number one pick from the 2018 draft.

With so much uncertainty going forward, it is tough to value Baker Mayfield. Especially with no guarantee that he will be a starting quarterback in 2022.

He ranked as QB25 in fantasy this past season and averaged only 12.9 PPG. However, he is only one season removed from being a reliable QB2, averaging 15.5 PPG. Much can be made of his injured shoulder and how it could have been the main reason for his struggles this past season.

Is it worth the gamble to go out and acquire him right now? Why not? Even if Baker stays in Cleveland, Deshaun Watson is guaranteed to miss time with however many games the NFL suspends him. Cleveland did bring in Jacoby Brissett as a backup option. With Mayfield’s big cap hit in 2022, it is hard to imagine they don’t find a way to move him. When he is moved, Baker will likely be vying for a starting role and could return to his QB2 status this upcoming season