It is 2014 All Over Again, Skip on Drafting a Quarterback this Year

This rookie quarterback class is giving @MandrewNFL some bad flashbacks. Read why he thinks this class is giving him 2014 vibes and that should scare you off of drafting a rookie this year. 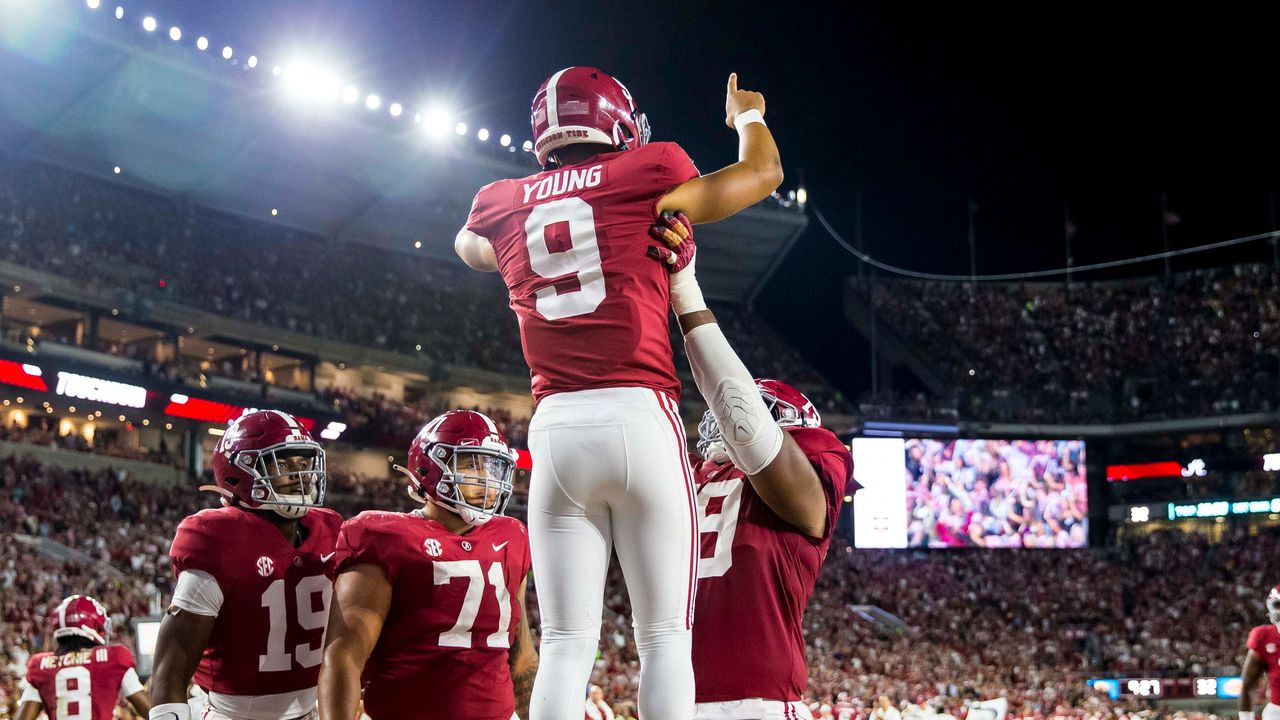 In my four years of covering the NFL Draft and devy, I can’t recall a rookie QB class being more hotly debated than this 2022 class. The ups and downs that this class has had is something that Universal Studios couldn’t draw up in their dreams.

As we go on this rollercoaster, be sure to keep your hands inside the car at all times. Before we get a clear direction on what you should do, it will get crazy.

Jumping in the way back machine and going to the summer of 2021. We had two clear-cut, top-level guys in this class. You had then Oklahoma QB Spencer Rattler and North Carolina’s Sam Howell. Both were seen as viable future options if you had a devy share. If you needed a QB for your dynasty team, you felt confident you had two good options.

That image was shredded by the end of the year, and this rookie QB class was in shambles.

Rattler had underperformed so badly that Lincoln Riley would bench him for Caleb Williams. Howell didn’t struggle or get benched but what he did was less impressive than he did the year before. You also had new faces emerge such as the turnover-prone Matt Corral, the inaccurate Malik Willis, and the underwhelming Desmond Ridder.

Those are other people’s words, of course, the point stands the same: this class is full of question marks. The position value that QBs carry will make them be high draft picks. Look at the 2014 draft to see how that can cause problems for your dynasty team.

The 2014 Class is Still a Nightmare to Look Back At

A whopping 14 QBs would end up being drafted in the 2014 class. Headlining the group would be first-rounders Blake Bortles, Johnny Manziel, and Teddy Bridgewater. The best two of the group would be selected in round two when Derek Carr and Jimmy Garoppolo would come off the board. As for the other nine that would get drafted? They would be highlighted by spot starters like Tom Savage and Zach Mettenberger and now tight end Logan Thomas.

Not the best rookie QB class to ever enter the league.

This entire draft class was highlighted by offensive linemen who would become Pro Bowlers and All-Pros and several stars on the defensive side of the ball. All of this should sound familiar as we are staring the same type of class in the eyes.

The Jaguars took Bortles at number three out of need when they had a need at edge rusher, they would miss out on Khalil Mack. The Browns took Manziel when they had needs across the board and missed out on players like Dee Ford and Jason Verrett. The Vikings would trade back into the first to grab Bridgewater, where they could have waited and got Carr to cap off the first round.

Now you may be asking, what does this have to do with my dynasty team? It is a tell-tale-sign that reaching out of need does you as a team no good. Your dynasty team is just like an NFL team, it is time you treat it that way. Does that mean you may be losing for one more year? Maybe, there are veterans you can trade for as bridge QB s the same way NFL teams do.

Get to Know this 2023 Quarterback Class Now

Before you say it, yes, we were excited for this year’s class this time last year. But, this class has much more depth and more names that can develop into prominent names as this year goes on.

Of course, the stars of the class are Ohio State’s C.J. Stroud and Alabama’s Heisman Winner, Bryce Young. I tweeted and asked where these two would be when mixed in with 2023 and 2022 QB names? The results were staggering.

I had 13 replies to the tweet, all but one had the top two being Stroud and Young. The hype is clearly there for both men and both guys are on stable teams with good coaching and good weapons around them to further their development.

As for the rest of the class, you have a ton of names with huge upside that are also in good systems to develop. In Florida, two guys are looking to enjoy their first full seasons as starters with new head coaches in Anthony Richardson and Tyler Van Dyke. You also have BYU turning into a QB factory where they have Jaren Hall emerging out of the shadow of Zach Wilson.

There are options, plenty of them next year. Don’t set your team back by reaching. Trade back, gather more picks in 2023, and turn your team into a dynasty.