The Jaguars may not have hired the flashiest head coach with Doug Pederson, but he has a great opportunity and how will the hire affect Jacksonville’s fantasy assets? 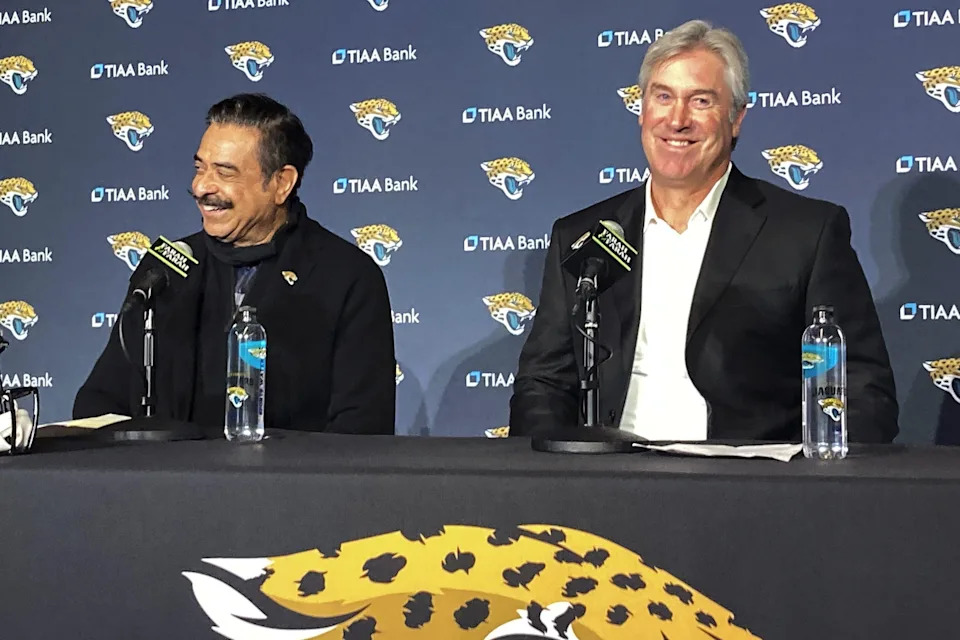 After a daunting search for a head coach, Shad Khan, Trent Baalke, and the Jacksonville Jaguars found their guy. The Jaguars have hired former Philadelphia Eagles coach and Super Bowl 52 champion Doug Pederson.

As the Eagles play-caller, the Eagles were very fantasy-friendly. In five seasons, Pederson’s offense produced two Top-12 quarterback seasons for Carson Wentz in 2017 and 2019. The offense saw the most fantasy success from the tight end position with Zach Ertz finishing TE6 or better in every season from 2016 to 2019 and Dallas Goedert finishing as TE10 in 2019. Presumably, Pederson will be an upgrade from Urban Meyer, but how does he impact the offense from a fantasy football stance?

Lawrence may be the biggest beneficiary of the coaching change. Under Meyer, the offense struggled his entire tenure. Lawrence finished his rookie year with 3641 passing yards, 12 touchdowns, 17 interceptions, and only completed 59.6 percent of passes.

In his time in Philadelphia, Doug Pederson had three different quarterbacks. Coaching Carson Wentz, Nick Foles, and Jalen Hurts, Pederson had to adapt to three different playstyles. Wentz liked to push the ball down the field, Foles, who thrived with RPOs as his foundation, and Hurts, whose legs were his biggest asset. Luckily for Pederson, Lawrence is a unicorn and has all three of those elements in his game.

With Pederson’s willingness to adjust to his players and coach to their strength rather than a set system, expect Lawrence to push the ball down the field and be involved in the rushing game. Lawrence has the ceiling to finish as a top-eight quarterback this season.

In five years with Philadelphia, Pederson never had a running back with 250 carries. This does not seem ideal for Etienne and Robinson. Now a part of this could be the talent in Philadelphia, while another is the scheme that Pederson likes to run. I believe it was the talent in Philadelphia. Philadelphia did not spend premium draft capital on the position until Miles Sander. He had 179 carries and 63 targets as the lead back as a rookie. With Etienne showing the ability to catch passes in college and Robinson doing the same in the NFL, both backs should be used similarly to Sanders in 2019 and see about 200-225 opportunities to touch the ball.

With the backfield likely being a 50-50 split, their ceilings in leagues with standard scoring will be capped; however, in full PPR or even half PPR leagues, both guys have the potential to be an RB2/Flex option.

Shenault may be the trickiest of Jacksonville’s potential fantasy options. DJ Chark is an unrestricted free agent, and Marvin Jones Jr. is an aging receiver with a different skillset than Shenault. He has all the tools to be an extremely effective player in the NFL but just has not done it yet. He’s dangerous with the ball in his hands and has shown flashes at all three levels of the field. Seeing 99 targets was a silver lining for an underwhelming second year for Shenault. The opportunity increased, which is what you want to see. Targets are earned, and Shenault has earned them.

How Pederson uses Shenault is key to any fantasy relevance. If he is used like Alshon Jeffrey, it will be tough for Shenault to sustain long-term fantasy value, similar to how Mike Williams on the Las Angeles Chargers fell off in the second half of the season. To optimize Shenault as a fantasy asset, he should be used similarly to how San Francisco used Deebo Samuel. They will need to manufacture touches for him. Whether in the backfield, in the slot, on the outside, or even in the screen game; Shenault has all the tools to be an impact player and make a massive leap this season.

Was Pederson the Best Hire?

Even though Pederson was not the flashy name or the expected hire, he was the best hire. In his five years in Philadelphia, Pederson made the playoffs in three of his five seasons in Philadelphia, including a Super Bowl victory. It will be sooner than later for the Jacksonville Jaguars to be competitive and have a fantasy-relevant offense. Make sure you get the Jaguars’ on your roster before it’s too late!